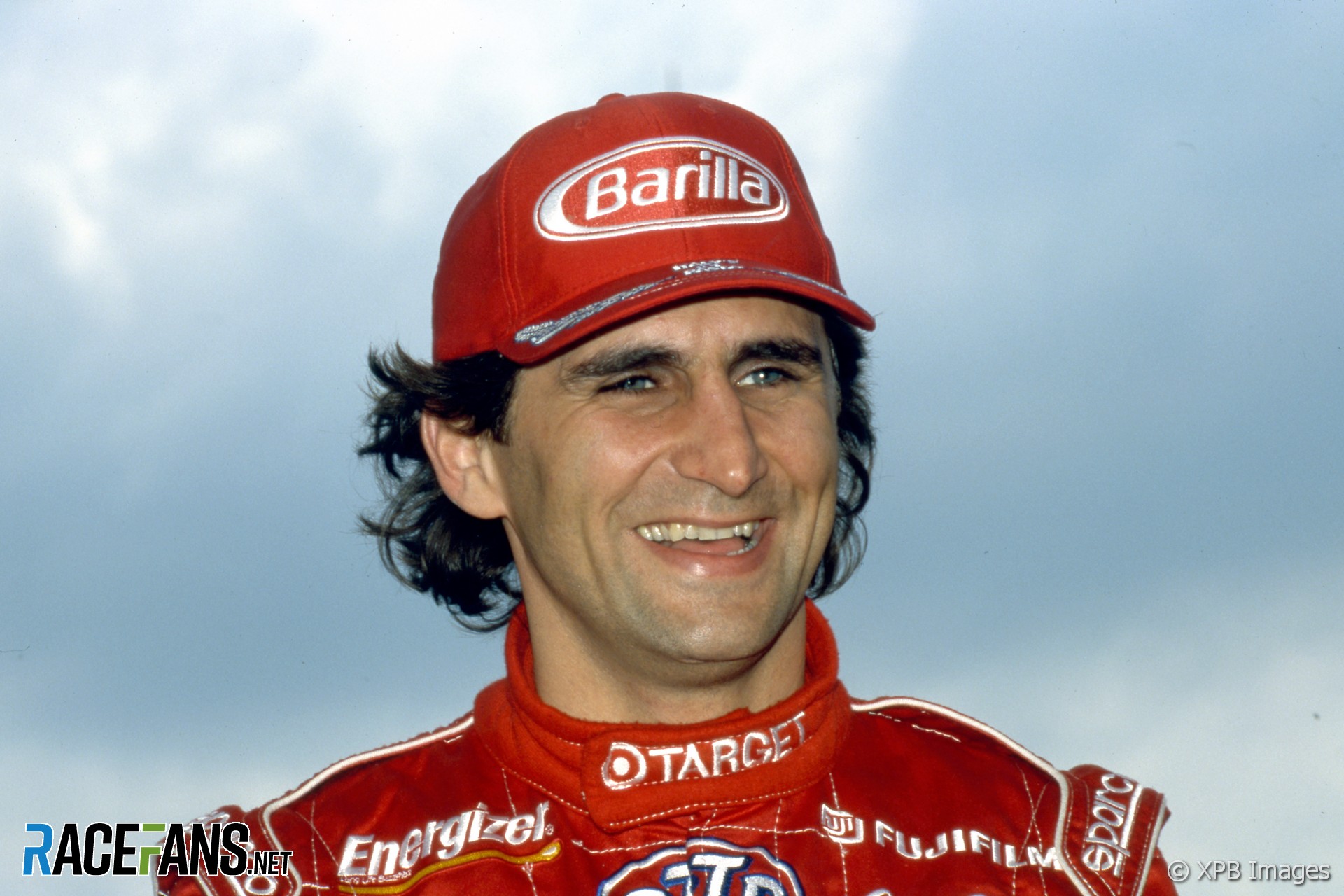 Alessandro Zanardi arrived in Formula 1 with Jordan in 1991, taking over from Roberto Moreno following his short-lived stint in the car previously occupied for one race by Michael Schumacher.

Much like Schumacher, Zanardi showed flashes of promise in the 191. He was running fifth when the season-ending race was red-flagged in dire conditions, but as the result was taken from a prior lap, Zanardi was relegated to ninth in the final classification.

He made a three-race return to the championship with Minardi the following year, then started the 1993 campaign with Lotus. He quickly rewarded the team’s faith, picking up a point on his second start for them at Interlagos.

However a a shocking crash at Spa-Francorchamps, caused when his active suspension system failed, brought his season to an early end. His place was taken by Pedro Lamy, and when Lamy himself was injured at Silverstone in testing the following year Zanardi got his seat back. The team was in severe financial trouble, however, and was in administration before the end of the year.

Zanardi’s luck soon changed. Top CART IndyCar team Ganassi dropped driver Bryan Herta in 1995, and after giving him a test, placed him alongside Jimmy Vasser for the 1996 campaign.

The Reynard-Honda package proved a potent force. While Vasser took the title, Zanardi raised his game as the season went on, winning three races in the second half of the year. That set him up for successive title victories in 1997 and 1998.

His success in America opened the door for a high-profile return to Formula 1 with Williams in 1999. But he struggled with the grooved-tyre, narrow-track cars and cut short his two-year contract at the end of just one season.

He returned to Champ Car racing but disaster struck in 2001 at the Lausitzring. Returning to the track following a pit stop, Zanardi spun and his car was struck side-on at huge speed by Alex Tagliani.

Zanardi was rushed to hospital fighting for his life. Astonishingly, though the crash severed both his legs, he survived.

Following a tremendous recovery, Zanardi returned to racing in the World Touring Car Championship in a specially modified BMW. He also raced for the team in GT series.

His competitive spirit took him into handbike racing, and Zanardi claimed four gold medals in the 2012 and 2016 Paralympics. However he suffered serious head injuries in a crash during a handbike event in Italy in June 2020.