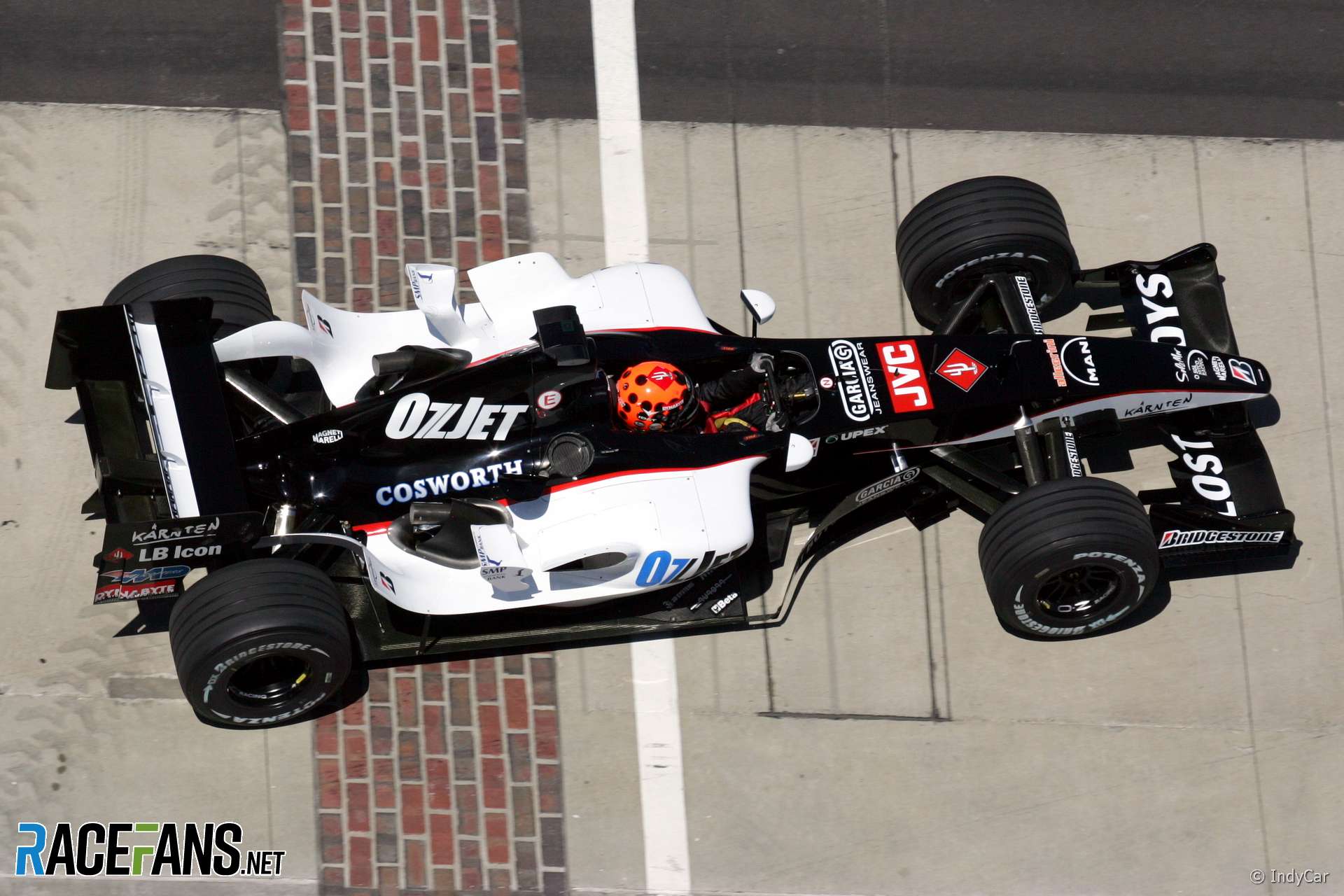 After karting and victory in the 1999 German Formula Three championship Christijan Albers took an unusual route to Formula 1 via the German Touring Car Championship (DTM) where he won five times.

[retrompuminardi01]Albers first tested for Minardi as early as 2001, and finally made his grand prix debut with them four years later. It was a tough time for the team, which was heading to oblivion and only finished among the points scorers once all season. That was at the controversial United States Grand Prix where only the six Bridgestone-shod cars took the start. Albers finished fifth, leading team mate Patrick Friesacher home.

Support from Dutch firm Lost Boys kept him in F1 with the newly-formed Midland F1 team in 2006. He fared well alongside new team mate Tiago Monteiro, and the acquisition of the team by Dutch sports car manufacturer Spyker guaranteed him a seat for 2007.

But the arrival of rookie team mate Adrian Sutil caught Albers out. Sutil regularly out-qualified him, and when Albers left his pit box too soon at Magny-Cours and headed out of the pit lane with the refuelling rig still attached, the team moved to drop him.

After a single, point-less season back in the DTM at the wheel of an Audi A4 in 2008, Albers reuinted with Midland boss Colin Kolles in his LMP1 team. He finished ninth overall at Le Mans in 2009 with Christian Bakkerud and Giorgio Mondini, but retired on their return the following year. He briefly returned to sports car racing in an LMP2 machine two years later.

Via his connection to Kolles, Albers briefly reappeared in Formula 1 in a managerial role in 2014. He helped run the Caterham team following its sale by Tony Fernandes, before it too went the way of Minardi.