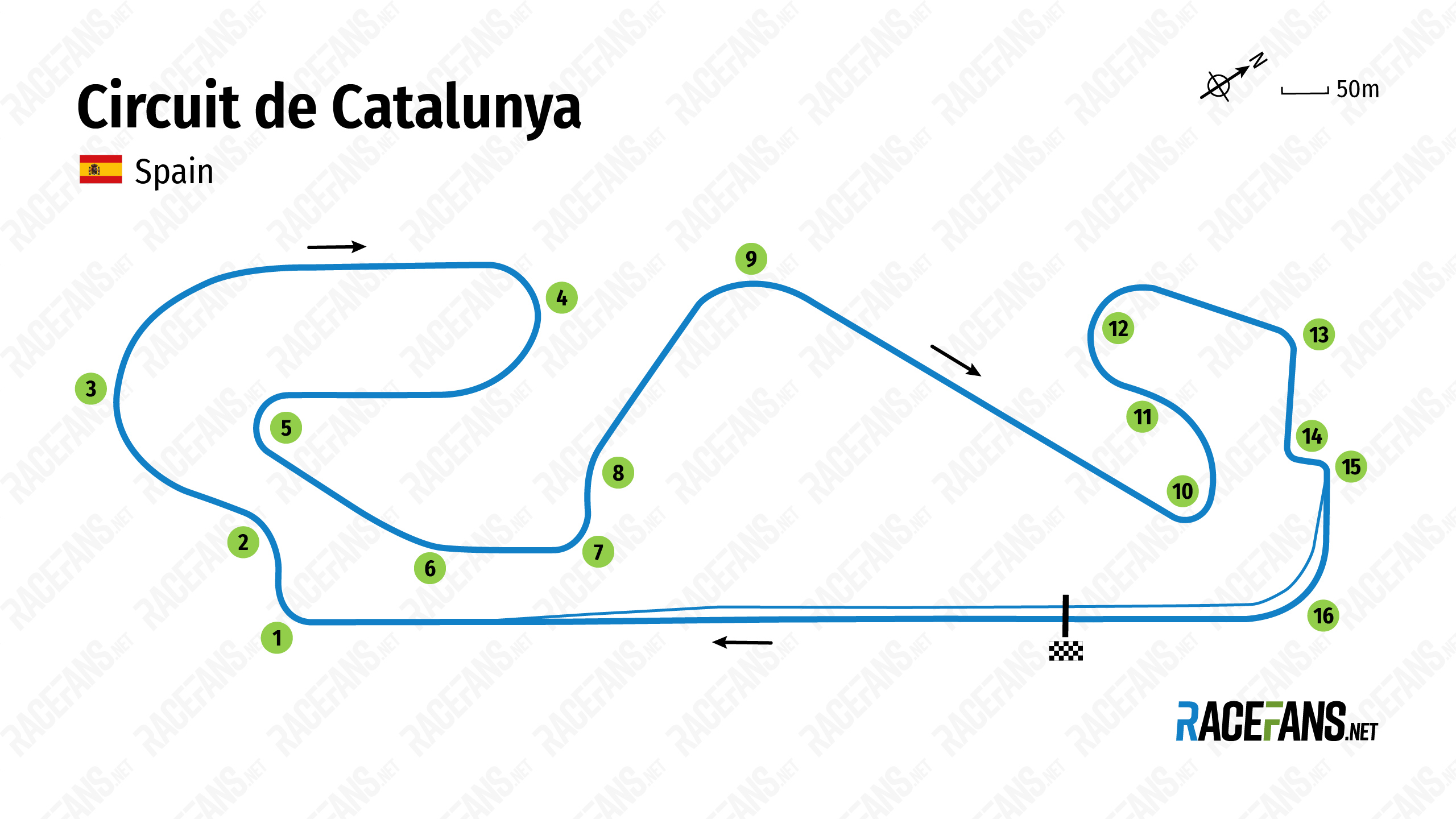 The Circuit de Catalunya was built in 1991 and has held the Spanish Grand Prix ever since.

Situated just outside Barcelona, the circuit was a popular testing destination for Formula One teams for many years, until in-season testing was limited from 2009.

It struggled to attract a large crowd initially but the growth of interest in the sport in the early 2000s due to the rise of Fernando Alonso saw race attendances surge.

The venue briefly had to compete with Valencia as the host of another Spanish race, but since 2013 the Circuit de Catalunya has regain its status as Spain’s only world championship venue.

Modifications have been made to the original layout on several occasions. The fast Nissan chicane was removed after 1994 on safety grounds. The next corner on the track, La Caixa, was tightened in a largely unsuccessful attempt to create a new overtaking opportunity in 2004. This alteration was essentially reversed in 2021, the corner reshaped into something closer to its original, sweeping configuration, albeit with slightly more room for run-off.

In 2007 another alteration was made to improve safety, when a chicane was inserted between the two high-speed corners at the end of the lap.