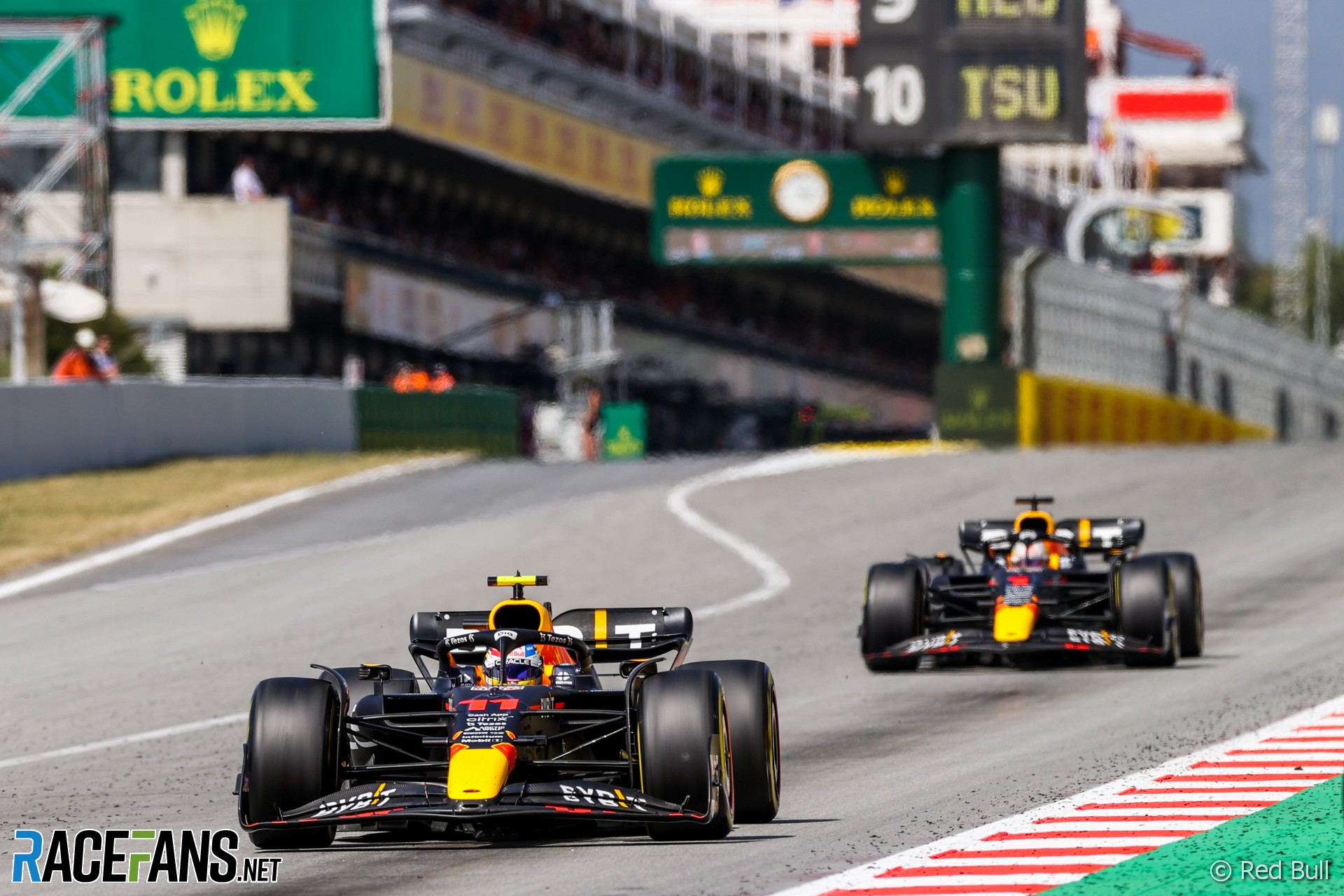 The complete reset brought about by Formula 1’s 2022 technical regulations change had a fascinating but short-lived effect on the balance of power at Red Bull.

In 2021 it had been clear that, while Sergio Perez was closer to the pace of Max Verstappen than his predecessors at Red Bull had been, he was not about to upstage their star driver. But Perez did more than enough to win a contract extension.

Once the well-sorted RB16B was replaced with the promising but overweight RB18, the balance of power shifted. Verstappen couldn’t get the new chassis to turn into corner the way he likes, and over the opening races there was often little to choose between him and Perez in terms of single-lap pace. Perez even grabbed the first pole position of his career in Jeddah, but an early Safety Car played against him, opening the door for Verstappen to open the team’s 2022 account with a win.

It wasn’t just Perez’s pace which was striking about this early phase in the season. Red Bull also suffered reliability problems which compromised their points-scoring in some early races. Verstappen had two race-ending failures in the first three rounds, one more than Perez, who was however delayed by a fault in Miami while his team mate won again.

This made the following race in Spain an interesting case study of Red Bull’s approach to team orders. Verstappen arrived 19 points behind leader Leclerc with the same margin over his team mate in third, but despite these narrow gaps at such an early stage in the season, Red Bull had Perez pull over for his team mate twice in Barcelona. He made way for Verstappen again two races later in Azerbaijan.

In between those came Perez’s latest contract extension and, days later, his first win of the year in Monaco. This came after he out-qualified Verstappen again, a feat this time aided by Perez spinning into a barrier, thwarting Verstappen’s attempt to improve. Later in the season speculation mounted that Verstappen suspected Perez’s brush with the barrier hadn’t been entirely accidental.

Perez’s car let him down in Canada, evening up the retirements score between him and Verstappen at two-all. Meanwhile Red Bull were making headway with their car, lightening the chassis and addressed the world champion’s handling concerns. From the mid-point in the season what had been a close contest in qualifying became utterly one-sided, Verstappen regularly coming out ahead by more than half a second. Consequently, there was little question of whether Red Bull would enforce team orders when a penalised Verstappen caught Perez during the race at Spa; he simply breezed past.

At one point it looked like Verstappen might win every race after the summer break. That didn’t happen because of Singapore, where a fuelling error by his team cost him his final lap in Q3 and Perez won. Verstappen lost one other race, in Brazil, by which point he was already champion.

Given that, he might have been expected not to be too bothered about an off-podium finish on a rare weekend where the team encountered tyre degradation problems and were for once unable to contain Mercedes. But Verstappen, having been allowed past his team mate in an unsuccessful attempt to attack Fernando Alonso ahead, surprised those watching by refusing to hand the place back to Perez when told to. Verstappen insisted he “had his reasons” but refused to elaborate on what they were, prompting speculation the Monaco episode made him unwilling to cede ground to his team mate even with the trophy locked up.

Verstappen demonstrated the best of his abilities in getting a handle on a car which clearly wasn’t to his liking early on. He reasserted a dominance which never looked under serious threat early on, even when Perez was occasionally able to out-qualify him, something which almost never happened after round eight. But as the final races of 2021 had shown, even a driver of Verstappen’s talent can benefit hugely from the goodwill of his team mate, and it remains to be seen whether he will come to regret the needless antagonism he provoked in Brazil.