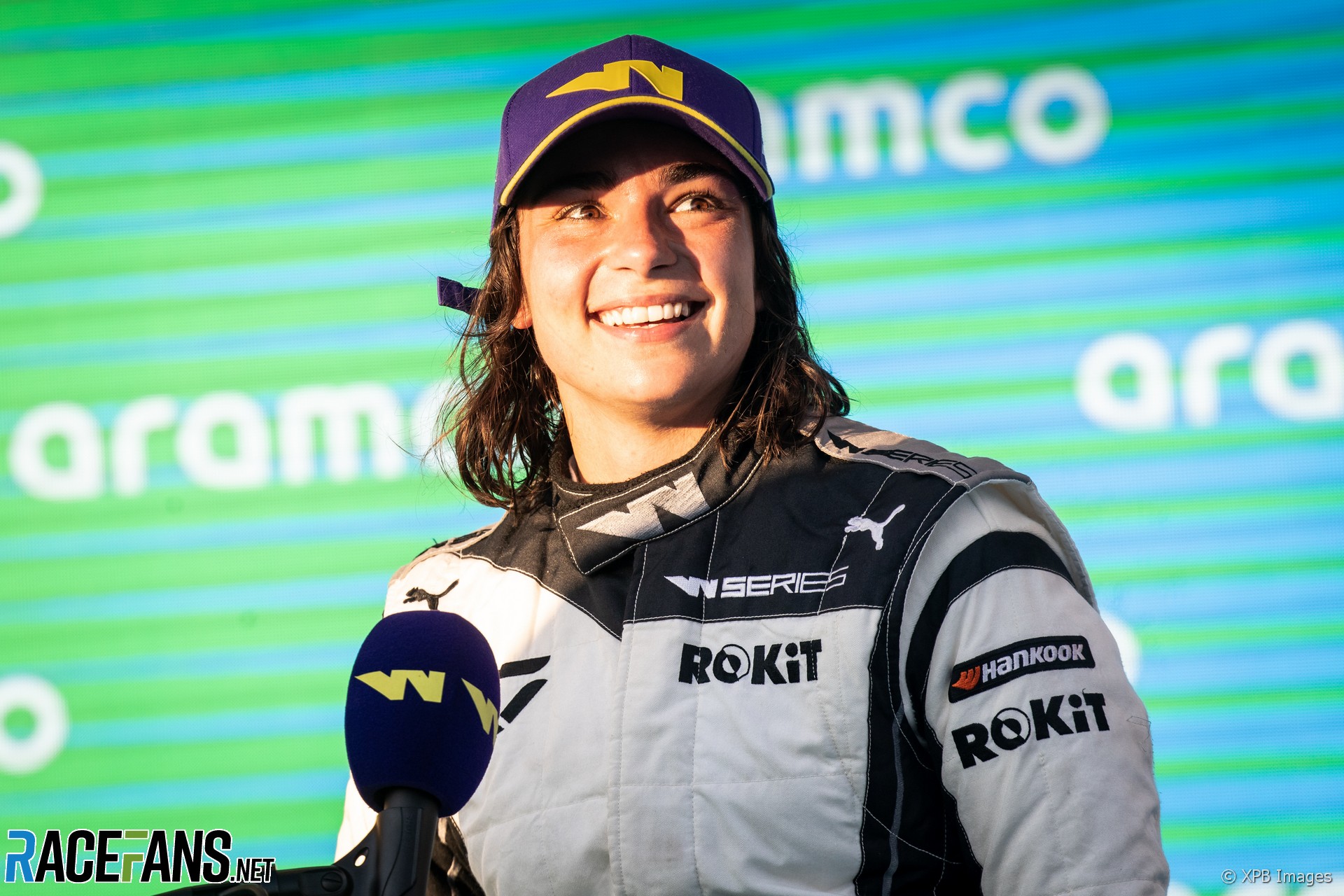 Three-times W Series champion Jamie Chadwick will make the next step in her car racing career in 2023 by stepping up into Indy Nxt with Andretti Autosport.

The championship, previously known as Indy Lights, is IndyCar’s primary feeder series and supports it at 11 events on street circuits, road courses and ovals.

Chadwick, currently a junior driver of the Williams Formula 1 team, has never raced single-seaters at a level higher than Formula Regional, meaning she will be skipping Formula 3 in her move up to the secondary tier of open-wheel racing.

“I’m really happy to be stepping up into Indy NXT next year,” said Chadwick. “It’s a great opportunity for me to be able to get a lot of seat time and continue my development.

“Racing for a team like Andretti is going to be an amazing experience and I’m really looking forward to racing in the United States. A massive thank you to Williams for the support they’ve given me on my journey since joining the academy in 2019.

She moved into single-seaters via BRDC British F3, winning one race in two seasons, then won the MRF Challenge series at the start of 2019.

W Series was created that year and Chadwick won the inaugural title in the series for Formula Regional chassis, before repeating the feat in 2021 and ’22.

She also raced in the FIA’s Asian and European championships for Formula Regional cars, making the podium five times across the two series, and last year ventured into off-road racing in Extreme E.

“Andretti Autosport is proud to be supporting Jamie alongside DHL for the 2023 Indy NXT season,” said the team’s CEO Michael Andretti.

“Jamie’s successful career speaks for itself, but the Indy NXT series gives Jamie the opportunity to continue her development in a new type of racing.

“We’ve turned out five Indy NXT champions over the years and look forward to continuing our role in developing new talent.