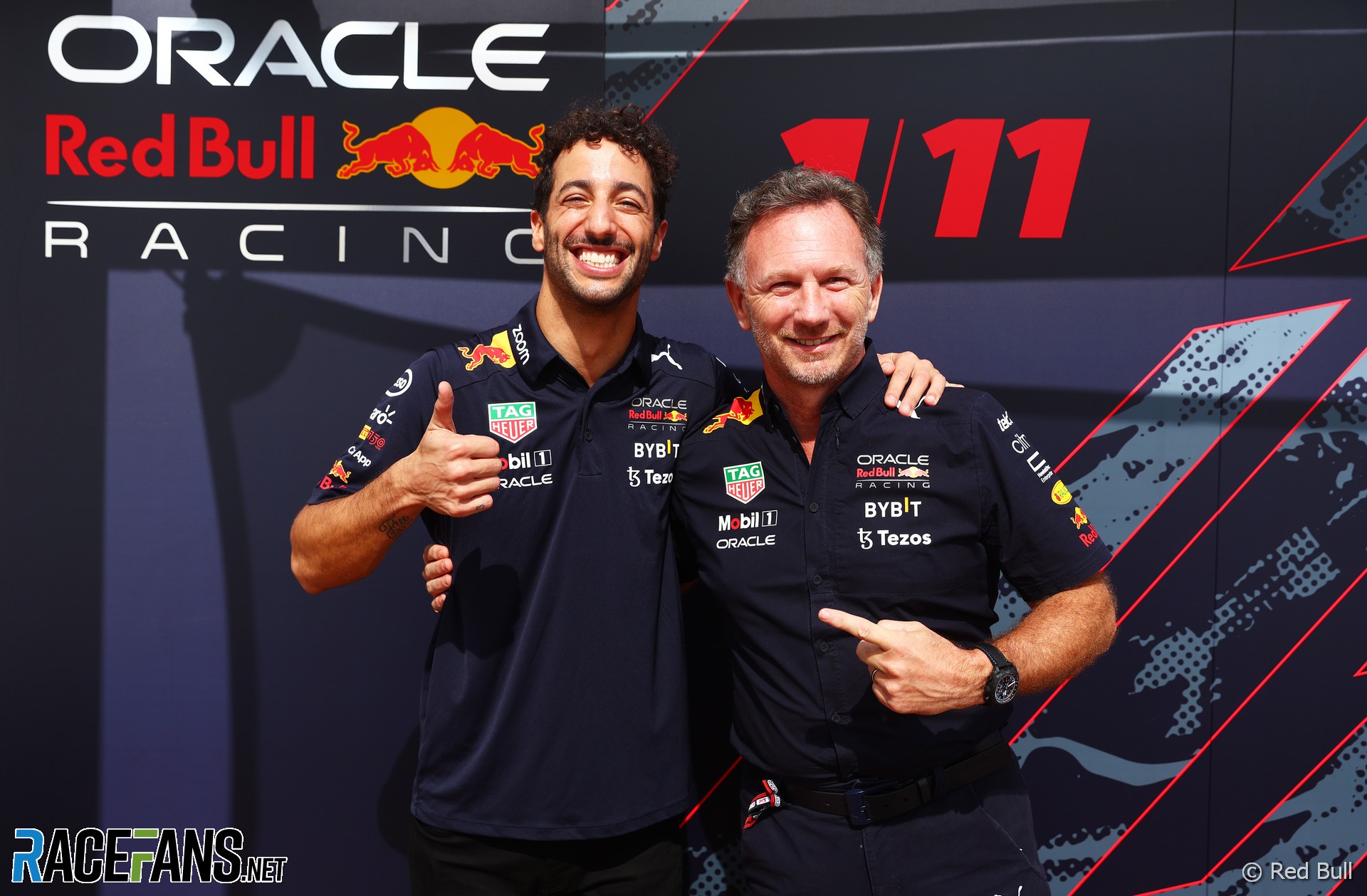 Red Bull have officially confirmed the return of Daniel Ricciardo, four years after he left the team, as their new third driver.

Ricciardo’s comeback was revealed by the team’s motorsport consultant Helmut Marko during the Abu Dhabi Grand Prix weekend, though team principal Christian Horner said on Saturday no contract had yet been signed. Red Bull confirmed Ricciardo’s return in an announcement the following Wednesday.

In his role as third driver, Ricciardo will take part in testing and simulator work, as well as marketing activities.

Ricciardo arrived in F1 with Red Bull’s backing in 2011 and was promoted to their main team in 2014. He left four years later after taking seven wins with them.

“It is great to bring Daniel back into the Red Bull family,” said Horner after Ricciardo’s return was made official.

“He has enormous talent and such a brilliant character. I know the whole factory is excited to be welcoming him home.

“In his role as test and third driver, Daniel will give us the chance to diversify, assisting in the development of the car, aiding the team with his experience and knowledge of what it takes to succeed in F1.”

After leaving Red Bull in 2019, Ricciardo spent two years at Renault and two more at McLaren. Despite a surprise win in last year’s Italian Grand Prix, his spell at McLaren proved a disappointment, and the team decided to cut his contract short by a year.

Ricciardo is “truly excited to be coming back home to Red Bull Racing as their third driver in 2023”.

“I already have so many fond memories of my time here, but the welcome from Christian, Dr Marko and the entire team is something I’m sincerely appreciative of,” he said. “For me personally, the ability to contribute to and be surrounded by the best team in F1 is hugely appealing, whilst also giving me some time to recharge and refocus.”