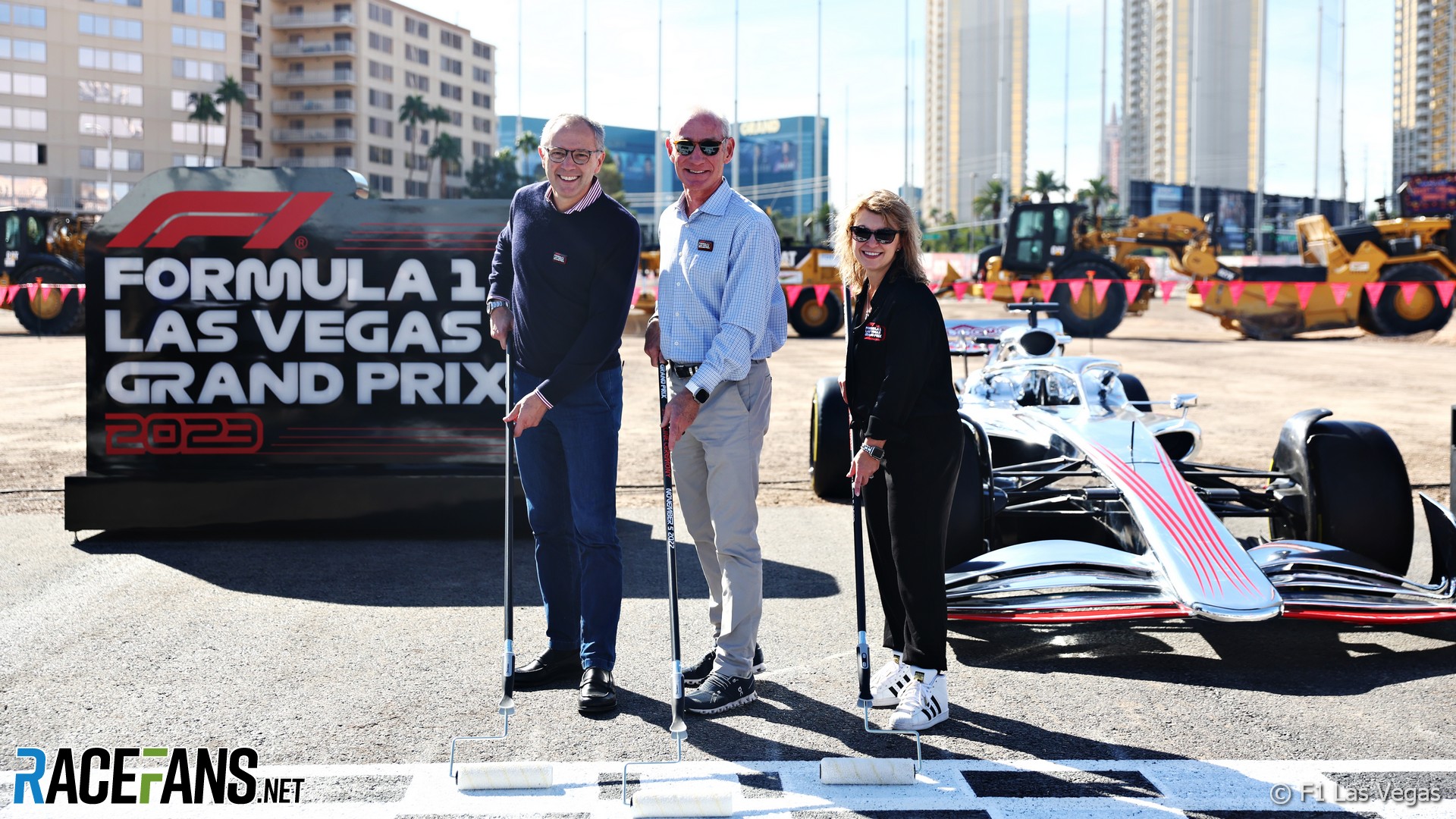 Before the 2023 Formula 1 calendar was revealed, the sport’s bosses indicated they were keen to regionalise the schedule. Reducing the sport’s carbon footprint and lowering freight costs were key goals.

In theory, this was to be achieved by grouping races geographically, in the hope to cut mileage for all involved. But when the record-breaking 24-race calendar appeared, such changes turned out to be minimal.

The season is set to open in Bahrain once again but one of the nearest races to that, in Abu Dhabi, will close the championship in November. Two punishing triple-headers are scheduled: Imola, Monaco and Catalunya, followed by a flyaway run of Austin-Mexico City-Sao Paulo near the end of the season.

Some of the double-headers are potentially more problematic. Azerbaijan has again been partnered with Miami, which requires all staff to digest a substantial time zone adjustment and around 15 hours of travel, with no direct flights. The highly anticipated new race on a street circuit in Las Vegas is the penultimate event of the season, following which teams and personnel are looking at a 19-hour flight to get across to Abu Dhabi for the season finale a week later. Logistically problematic.

Was F1’s plan to rationalise, regionalise and reorganise the calendar all talk? F1 say the limited change in next year’s calendar is down to several reasons. Existing contracts with race promoters present some obstacles and the global climate and ongoing disruption in the wake of the Covid-19 pandemic create other complications.

“We don’t start each year with a blank calendar and we don’t have the freedom to put races exactly where we would like to put them,” explains F1’s sporting director Steve Nielsen.

F1 has an ideal calendar in mind it is working towards, but moving one race closer to another in the schedule to cut travel distances isn’t something which can necessarily be done from one year to the next.

“Some of our promoter deals are historic, long-running, and they have clauses in them that don’t give us the freedom perhaps that we would like,” says Nielsen. “So we have to work closely with those promoters and sort of cajole and persuade them that we need to change things a little bit.

“I’m not going to go into which ones they are, that wouldn’t be right. But also, it’s not only problems, there are other reasons why people don’t want to race at a particular time of year. It might be weather related, it might be because a particular weekend has some other important event going on in the country at the same time.

“So there’s a myriad of influences that determine it, and it will take some time to get to it. I think the important thing is that journey has now begun and we understand and appreciate the benefits that will come from regionalisation.”

Due to the Covid-19 pandemic, many races have disappeared and reappeared in recent years. Some only returned to the calendar in 2022, including Australia, Japan and Singapore. China is provisionally on the line-up, but with residents under Covid lockdown in areas across the country, a race looks increasingly unlikely.

It’s not just the travel complications caused by Covid which have presented problems this year, as John Williams, head of DHL UK Motorsport Logistics, explained.

“I think there is a lull still associated with Covid but logistically, this season has been more than a challenge,” he says. “Regrettably, with the situation in Russia, in Ukraine, there are so many restrictions on airspace with regards to flying personnel.

“I’m sure that some of the team will recognise going to Japan this year was a difficult trip because if you were travelling from Europe you had restrictions. So it does make it a difficult place to get to and as a person getting from event to event is difficult.

Still some aspects of the 2023 calendar’s organisation present obvious areas for improvement. Besides the long journeys between double-headers, F1 will make three separate visits to the Middle East and

Australia’s round, once the regular season-opener, is a stand-alone event at the start of April. Financially and logistically it would have made more sense to pair that with another event back-to-back, with most teams based in the UK facing 24 hours of travel to Melbourne.

With four Middle Eastern races on the calendar, two at the start of the year, as well as pre-season testing in Bahrain, Nielsen admitted their hands were tied when it came to grouping them more conveniently.

“If you put them all together, the teams were not that keen to have a triple-header at the start of the year, which effectively it would have produced.”

Teams also have to consider the budget cap, which will fall to $135 million for the 2023 F1 season, with freight costs included. This has forced teams to operate differently this season, and according to Nielsen, has seen teams considering the logistics of flying new parts in on a Friday ahead of qualifying.

“We have seen a reduction, I think teams are very conscious now of how they spend their money and where they can economise,” added Nielsen. “If you can take less freight and spend less money, not only is the environmental impact good, but maybe it means you can make a new front wing in this new era that we’re living in.

“So we have seen that they’re paying, they were never cavalier about it, but they’ve upped their scrutiny on exactly what they take and how much of it they take.”

After F1 announced its sustainability strategy in 2019, the sport has been taking small steps towards cutting its emissions. The volumes of carbon created by its global travel is the greatest component of that.

“Logistics is a big part of our carbon footprint,” Nielsen acknowledges. “Again, it’s not easy to fix those problems overnight, but we’re working on regionalising the calendar. We have a future calendar, not going to tell you from which year, but we have a future, sort of ‘perfect calendar’ some years down the line and we’re iterating gradually towards that each year.”

FIA President Mohammed Ben Sulayem recently said that the presence of 24 races is “further evidence of the growth and appeal of the sport on a global scale.” But the downside to that is the toll it takes on staff and the increasing travel which complicates its efforts to hit that net zero target. Steps are being taken in the right direction, and more progress is clearly needed in 2024 and beyond.