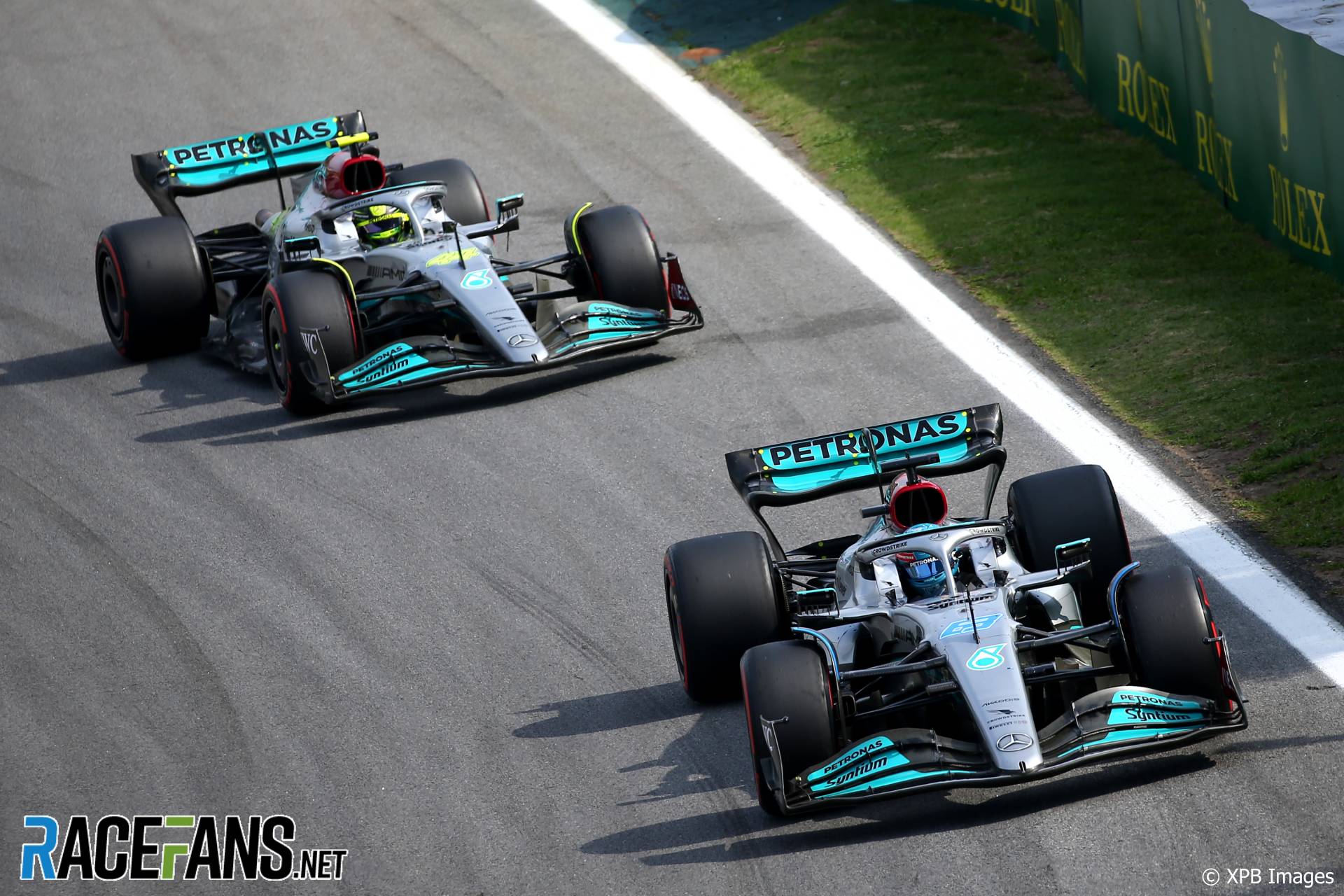 Mercedes predict it will be difficult to repeat their breakthrough Brazilian Grand Prix victory in this weekend’s season finale.

The team locked out the front row of the grand prix grid at Interlagos and claimed a one-two in the race, led by George Russell.

However the first-time race winner suspects the team won’t be as competitive on the Yas Marina as they were at Interlagos.

“Going into Abu Dhabi I think we’ll probably be similar to, my gut is saying, Ferrari. I think maybe a small step behind Red Bull.”

Mercedes also had strong pace at the previous grand prix in Mexico, but compromised their performance in the race by picking harder compound tyres than rivals Red Bull.

“I think the last two races have been quite slow-speed circuits and that’s where we’ve sort of excelled this season,” said Russell. “But the progress we’ve made as a team has just been unbelievable.

“Since Austin we’ve, as a team, fought for victory, or had the possibility for victory, every single race. So the boost it’s given all of us and the confidence it’s given everybody back at the factory, the factory is going to be pumping over the winter.

“We’re going to be giving everything we’ve got to come out in that very first test with a car that that can compete from race one.”

Team principal Toto Wolff also doubts the Yas Marina circuit will suit the Mercedes W13. “I think Abu Dhabi on paper is much more difficult for us also because we are still too draggy,” he said. “But we know why.”

Lewis Hamilton, who took second after losing time in a collision with Max Verstappen, said the team’s improvement in recent races was “a great, great sign”.

“For a long, long period of time, we couldn’t really, truly understand what the problem was or how to fix it,” he admitted.

“So this is really, really huge. We know where our North Star is, we know where we need to put all our efforts in to this winter. I’m so proud of the team for all the incredible hard work.”