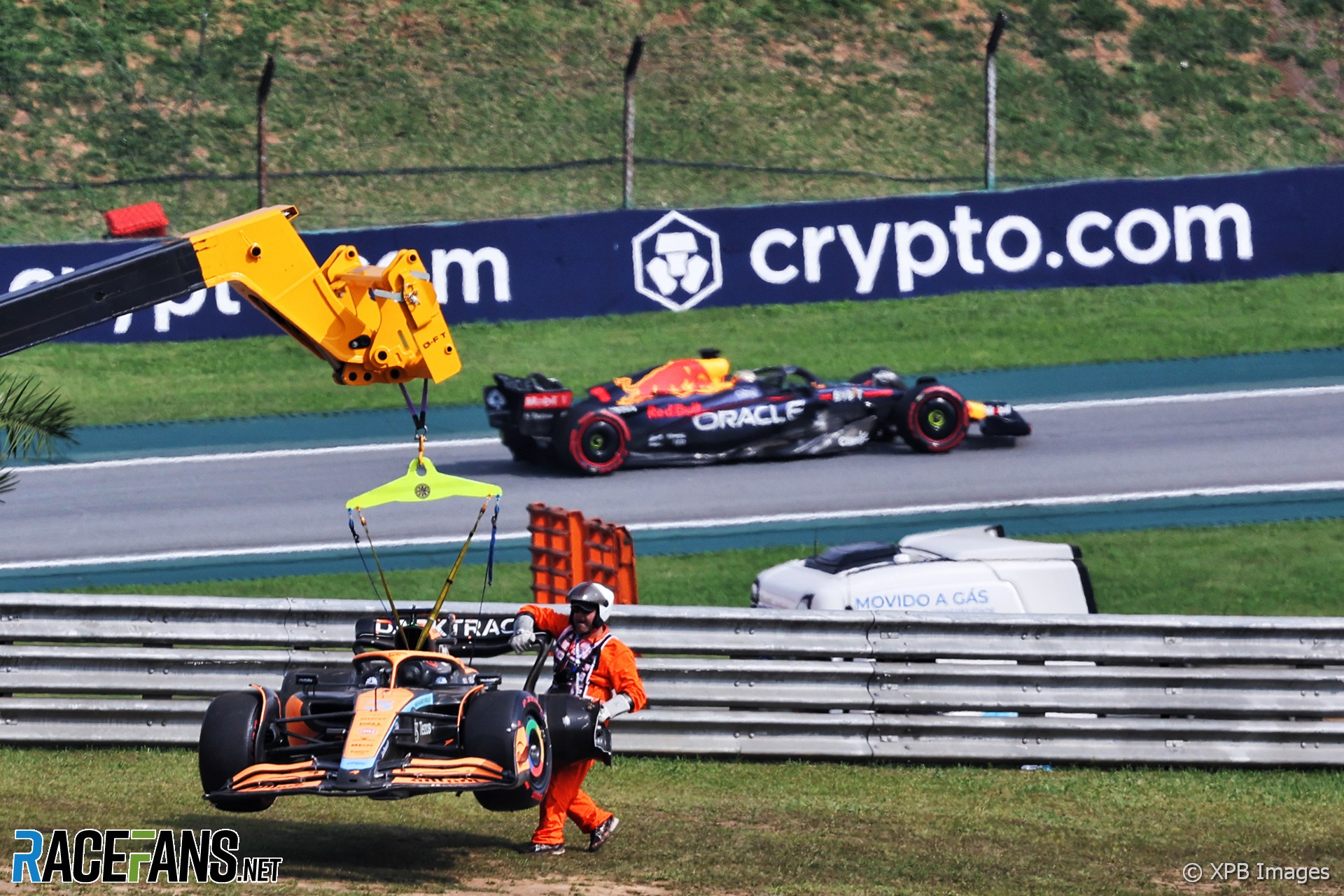 McLaren team principal Andreas Seidl admitted last weekend’s Brazilian Grand Prix was a “big disappointment” for his team which left them on the back foot in the fight for fourth in the constructors’ championship.

An opening lap crash for Daniel Ricciardo and a “power failure” on Lando Norris’ car meant neither driver finished the race. Alpine brought both their cars home in the top 10 and extended their gap over McLaren from two points after Saturday’s sprint race to 19, with one round left.

“Obviously what happened today to us is a big disappointment because we had a great opportunity today,” Seidl told media including RaceFans on Sunday. “But in the end, we have to acknowledge that as a team we didn’t manage to pull it off today.”

Seidl said the team were “struggling with general performance” in Brazil, but acknowledged the drivers also needed “to see the chequered flag.” While Ricciardo went out in a collision with Kevin Magnussen, Norris was penalised for a tangle with Charles Leclerc.

“Two incidents on-track that were not really necessary and at the same time our main competitor for P4 in the championship, Alpine, scored big. That puts us in a position where we’re 19 points behind for Abu Dhabi, which obviously makes it difficult to stay in the fight for P4.

“But at the same time we’re competitive, we’re sports guys, and as long as it is very clearly possible we will simply focus on ourselves, make sure we put it all once more [to do our best] in Abu Dhabi. Then in the end whatever the outcome is we have to accept it.”

He expects the final result will be a “fair reflection” of McLaren’s season. The team took third in the 2020 constructors’ championship, slipped to fourth last year and is likely to finish this season in fifth place. McLaren last ended a season in that position in 2014, before the fateful switch to Honda engines for three years which sent the team tumbling down F1’s competitive order.

The minimum that McLaren needs to do to beat Alpine, should their rival not score this weekend, is finish fifth and sixth with their two drivers at the Abu Dhabi Grand Prix and also take the race’s fastest lap. They have only got both cars into the top six twice so far this year.