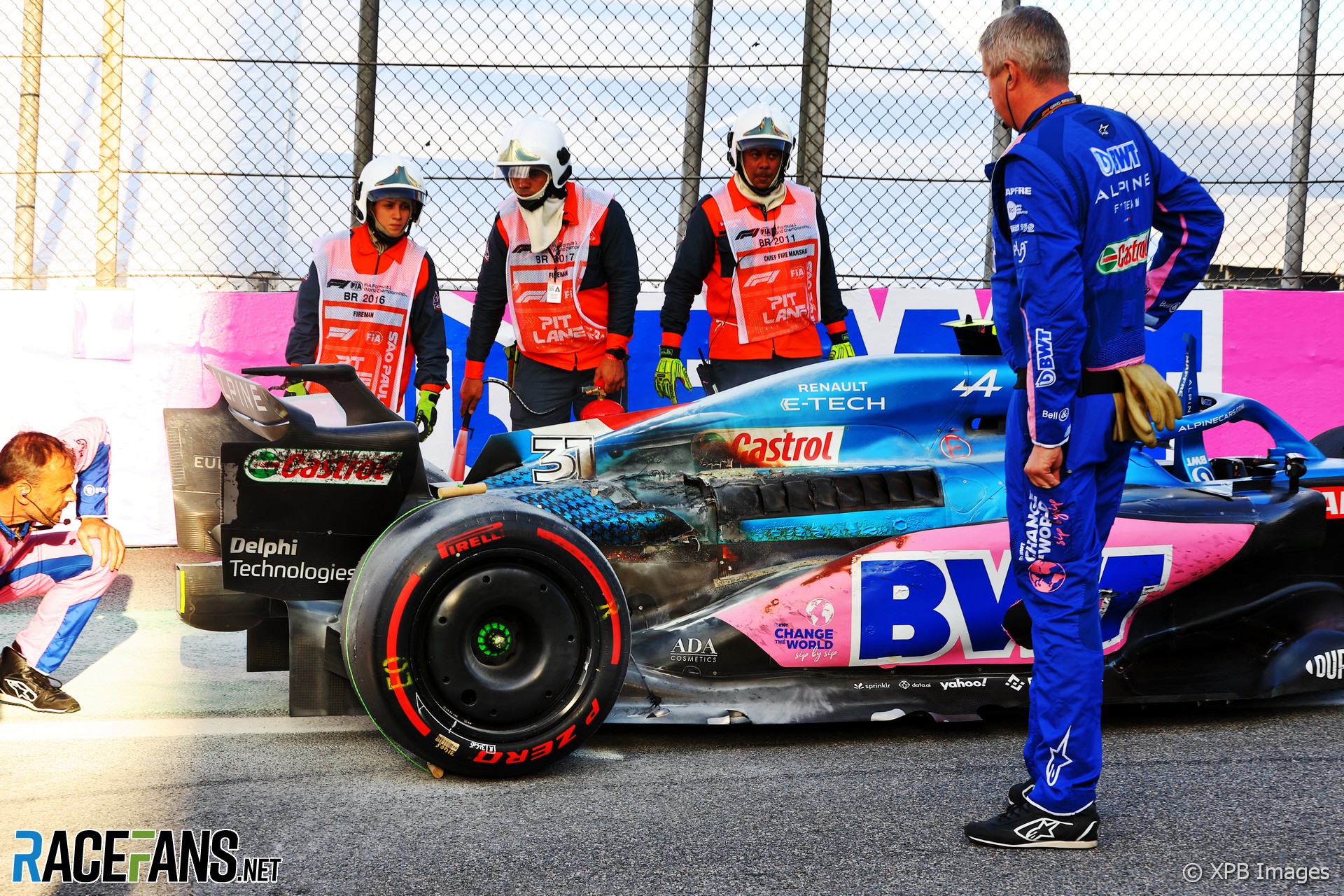 Alpine has changed Esteban Ocon’s power unit ahead of today’s Brazilian Grand Prix due to damage caused by a fire.

Ocon’s A522 caught fire after he parked in the pit lane at the end of yesterday’s sprint race. It was quickly extinguished by marshals.

Alpine believe a fuel leak was responsible for the fire. They have changed the power unit on his car as a result.

The team decided to fit a previously used unit to Ocon’s car, which will mean he avoids a grid penalty. Ocon is due to start today’s race from 17th on the grid.

“As a result of the fuel leak on Esteban’s car after Saturday’s sprint qualifying [race] and the subsequent damage caused by the fire, the team has changed his PU for today’s race from his pool,” said Alpine in a statement.

“This means he will not take a grid penalty and will start today’s race from 17th place. The damaged parts on the chassis have also been replaced.”

Ocon’s team mate Fernando Alonso will start alongside him in 18th place.