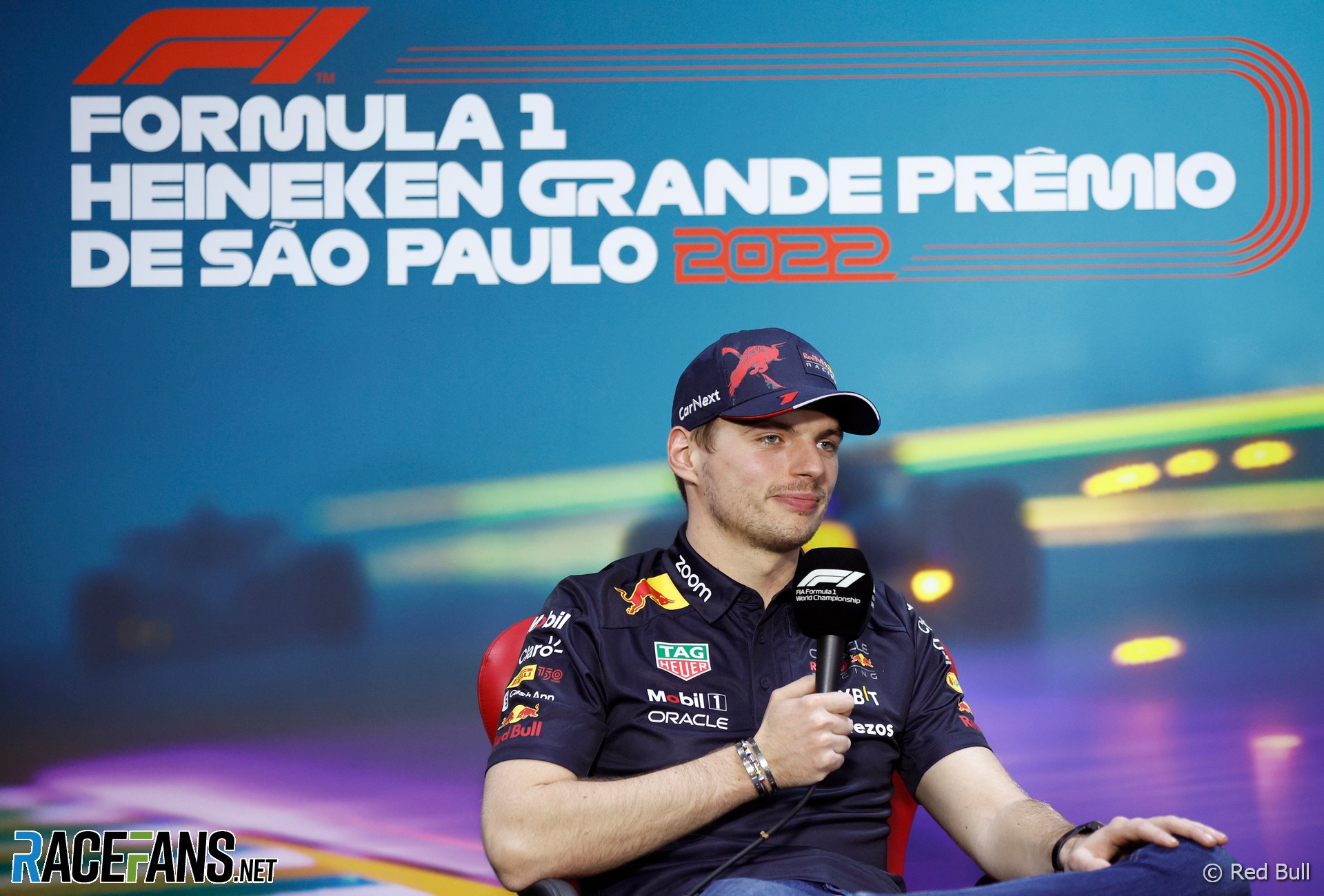 Max Verstappen confirmed his Red Bull team’s boycott of Sky is over and the team has resumed co-operation with the broadcaster.

Red Bull refused to give interviews to Sky, which holds the rights to broadcast F1 in the UK, Germany and Italy, during the last race weekend in Mexico. However team principal Christian Horner did take questions from Sky representatives during a specially-convened media conference on Friday at which he answered questions over the FIA’s announcement of the team’s penalty for exceeding the budget cap in 2021.

Explaining the reasons for the boycott, Horner criticised Sky’s coverage, saying “accusations of championships being ‘robbed’ is something that we don’t feel is an impartial commentary.” This is believed to be a reference to a comment made by Sky reporter Ted Kravitz during the United States Grand Prix weekend.

Kravitz said Lewis Hamilton had been “robbed” when he lost the world championship in the final race of last year. Hamilton was on course to win the title until FIA F1 race director Michael Masi arranged a final-lap restart in contravention of the rules, for which he later lost his job.

Verstappen said he had been subject to “a constant kind digging, being disrespectful, especially [from] one particular person.”

During today’s FIA press conference, Verstappen accepted a question from another Sky broadcaster, David Croft, on a different topic. Asked later about the Sky boycott Verstappen said: “We drew a line under it so we just keep on going.”

Sky Sports Formula 1 director Billy McGinty was reported to have visited the team earlier this week to discuss the row.