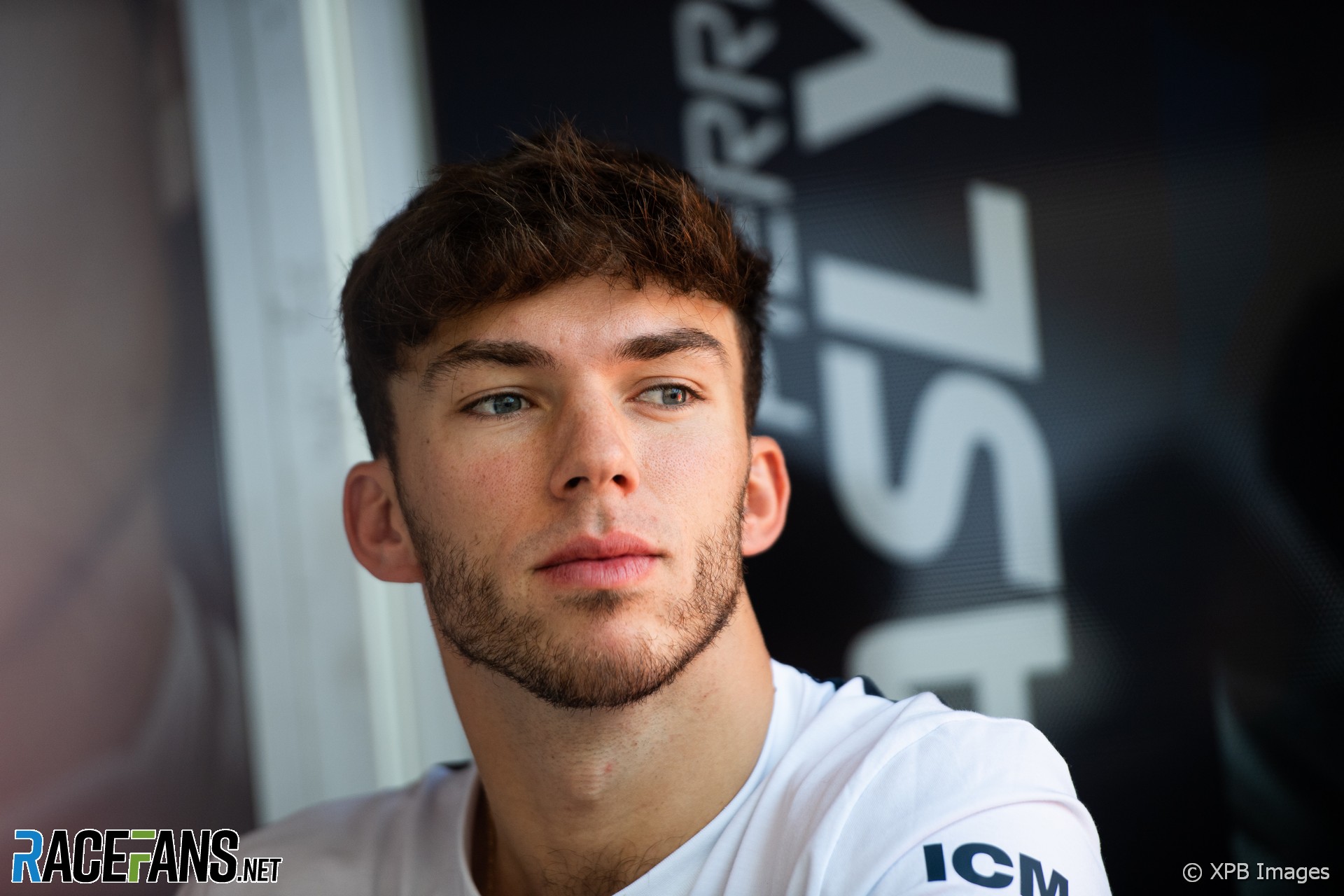 Ever since the new penalty points disciplinary system was introduced into Formula 1 at the start of the 2014 season, drivers have been aware that if they collect 12 superlicence penalty points, they will be punished with an immediate ban from the next round.

Former Renault, Lotus and Haas driver turned IndyCar racer Romain Grosjean remains the last driver ever to face the ignominy of being banned from competing in a race weekend after being deemed responsible for a horrific multi-car crash at the start of the 2012 Belgian Grand Prix. But despite there being a clear mechanism in place to ban repeat offenders, there has not been a Formula 1 driver who has crossed the 12 point threshold since the system was introduced

However, that could all change in the nine races between the end of this season and the 2023 Monaco Grand Prix. AlphaTauri driver Pierre Gasly is currently only two penalty points away from being the first Formula 1 driver ever to be handed an automatic one-race suspension, with ten against his superlicence.

Crucially, all ten were accrued this season, beginning from the Spanish Grand Prix in May. That means Gasly will not see any points removed from his superlicence until after the Emilia-Romagna Grand Prix next year – round seven of the 2023 season.

In Barcelona, Gasly received his first penalty points of 2022 when he collided with Lance Stroll at turn one during the race. This earned him two penalty points for being “wholly at fault,” despite the stewards conceding that Gasly likely understeered into the Aston Martin due to a lack of grip. With two points already carried over from 2021, Gasly’s penalty points total was now four.

Five races later in Austria, Gasly was involved in another collision with an Aston Martin – although this time with Stroll’s team mate, Sebastian Vettel. Gasly was deemed “wholly at fault” for colliding with Vettel as the Aston Martin driver tried to overtake him around the outside of turn four. Gasly was given two penalty points, bringing his total to six.

In the same race, Gasly was also given one additional penalty point for a time penalty he received for exceeding track limits four times during the course of the race. That moved him to seven points over the previous 12 months, over half way towards a ban.

In Suzuka, Gasly started from the pit lane in heavy wet conditions. After catching the field, he collected an advertising board on his car knocked off the barriers when Carlos Sainz Jnr crashed. Pitting at the end of the lap under Safety Car, Gasly attempted to catch the field before the race was red-flagged as he passed the crash scene. Enraged at not being warned about the recovery vehicle, Gasly breached 250km/h down the long back straight despite being under Red Flag conditions. He was handed two more penalty points, bringing his active total up to nine.

After Japan, two penalty points Gasly had been handed for clashing with Fernando Alonso at the start of last year’s Turkish Grand Prix expired, reducing his total to seven. However, the very next race in the United States, Gasly was called in front of the stewards again when he fell more then ten car lengths behind Vettel under Safety Car. He was given two penalty points for this, bringing his total back up to nine once again.

Finally, in the last race in Mexico last weekend, Gasly was penalised with a time penalty when he passed Stroll off the track at turn four, with all four wheels going outside the white lines defining track limits. Gasly failed to return the position and was handed a five-second time penalty in the race and one additional penalty point, which brought his total up to the current level of ten – just two away from a race ban.

Of Gasly’s ten points, four were due to making contact with another car, two were for driving too fast under red flag conditions, two were for a Safety Car infringement and two for track limits-related offences. Six of his ten penalty points either directly or indirectly involved Aston Martin drivers.

But with Gasly now just two points – likely one offence – away from a race ban, is his conduct this season deserving of him being in such a precarious position?

All drivers know that they have a limit of 12 penalty points before they cop a one-round suspension. Gasly has raced his entire F1 career with the superlicence penalty points system in effect and he can only blame himself for his situation.

With five of his points coming in the last three races, it seems it is not a coincidence that Gasly appears to be wracking up superlicence points with avoidable incidents – including simple matters like falling behind under Safety Car.

The penalty points system has been applied consistently for nearly nine full seasons now. If Gasly collects 12 points while all of his peers successfully avoid doing so, then he clearly deserves a race ban.

With F1’s calendars only getting longer, the 12 point threshold is actually stricter in 2022 than when it was first introduced in 2014. Back then, there were only 19 rounds in a season, with 22 this year and two more on top of that in 2023. That makes it more likely that drivers will pick up more points in a 12 month period.

Gasly is also not an inherently reckless or dangerous driver. Despite his clashes with Stroll this year, Stroll has not accused Gasly of being in any way dangerous or unable to control his car in a safe manner, with his two collisions being down to misjudgements rather than due to dangerous divebombs or overly-aggressive moves.

Also, earning penalty points for incidents like being too far back under Safety Car is excessive.

Punishing drivers for dangerous, reckless or generally careless driving is exactly what the penalty points system should be used for. Competition in Formula 1 is tight and intense and accidents will happen. But causing a collision through being reckless and causing a collision by making an error should be judged differently, with penalty points reflecting the nuances and complexities of each individual incident.

Despite Gasly’s understandable fury over the crane incident in Suzuka, it was hard to excuse his speeding under a red flag after passing the crash scene. But while points for the collisions he caused and his speeding under red flags can be justified, it’s easy to sympathise with drivers who argue points should not be handed out for exceeding track limits in a race when they receive sporting penalties in the race.

If you were to take away three points for exceeding track limits and falling back under Safety Car, Gasly would sit on seven penalty points – which feels like a fairer reflection of his conduct this season. Certainly if you compare Gasly’s conduct on-track compared to some drivers who have been banned in Formula 2 – such as Mahaveer Raghunathan and Amaury Cordeel – the idea that Gasly could soon become the first F1 driver to join such a club does not quite sit right.

Do you agree that Pierre Gasly deserves to be two penalty points away from a race ban?

56 comments on “Does Pierre Gasly deserve to be one penalty away from a race ban?”