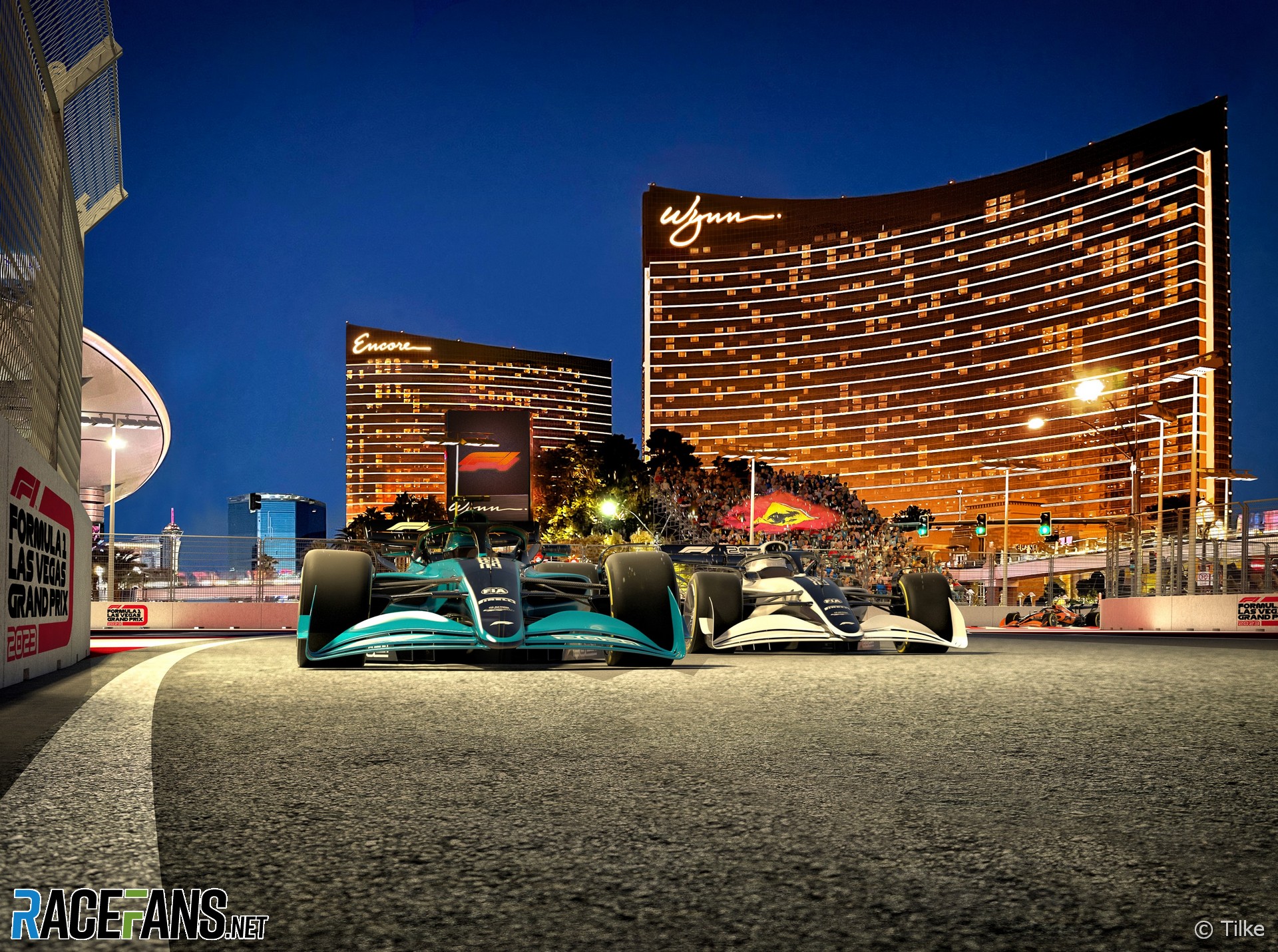 In the round-up: The latest addition to the Formula 1 calendar reveals how much tickets will cost and where fans will be able to watch.

Tickets for the 2023 Las Vegas Grand Prix go on sale today for those who have already registered interest. General sales begin on November 5th.

There will be six different areas around the track where tickets can be purchased to access, and all food and non-alcoholic drinks available in each fan zone are included in the price of entry.

The prices that have initially been set “may fluctuate, based on demand” according to the organisers. The cheapest way to visit the grand prix is with a $500 (£440) general admission ticket which is for “standing room only” access to the MSG Sphere fan zone situated around turns five to nine of the track. This is a three-day ticket – single-day access is not currently offered.

Seats in the one of the two grandstands in the MSG Sphere currently costs $2,000 for the full weekend. Tickets for the zone next to the final corner cost between $2,500 and $10,000.

Pirelli has announced which tyre compounds it will be bringing to the final two events of the 2022 F1 season.

For the Brazilian Grand Prix at Interlagos, teams will qualify on the C4 tyre and race on the C2 and C3 compounds as the Hard and Medium choices. The selections will be a step softer for the Abu Dhabi Grand Prix a week later, with the C5 compound being used for qualifying and then the C4 accompanying the C3 as one of the two mandated compounds to use for the race.

It is only the second time this year that the C5 has been nominated for use on a permanent circuit.

Bottas to make Race of Champions debut in 2023

Valtteri Bottas will make his belated first appearance in the Race of Champions next January.

The Alfa Romeo driver was supposed to compete in this year’s event in Pite Havsbad, Sweden, but pulled out at short notice. Now he’s committed again to competing, and will partner with two-times F1 world champion Mika Hakkinen to form Team Finland for the event’s Nations Cup.

After its successful move from running in stadiums to using an ice-and-snow track for this year’s event, the RoC will once again take place in Pite Havsbad and it will mean Bottas’s rally experience will come of use in the Arctic Circle. Bottas’ F1 rival Sebastian Vettel has also been confirmed among the roster of drivers.

While India’s planned winter series for Formula 4 cars has recently been called off, drivers looking for race experience in the new Tatuus T-421 car may now get it in Europe instead.

Formula Winter Series is a new Spain-based F4 championship that will feature eight races over four weekends in February and March 2023 and has already attracted three teams. By using Abarth engines, FWS will have the same chassis-engine combination as the national championships of Brazil, Germany, Great Britain, Italy, Spain and the United Arab Emirates.

Arthur Leclerc, younger brother of Ferrari Formula 1 driver Charles Leclerc, described how he was once in awe of his Formula 3 title rival Victor Martins’ ability.

“The fun thing was, I used to be playing PlayStation with Victor Martins and seeing him like a god,” Leclerc said. “He was winning a lot of races in karting and meanwhile I was going to school, doing no motorsport at all. It was weird driving with him on-track.”

No threat to Brazilian Grand Prix

Speculation on social media the political situation in Brazil could jeopardise the running of the penultimate round of the world championship next weekend was dismissed by F1, which confirmed the race will take place as planned. The country’s outgoing hard-right president Jair Bolsonaro initially failed to acknowledge his defeat in last week’s election and supporters of his blockaded some major roads in protest at the victory of left-wing rival Luiz Inacio Lula da Silva.

'It’s the start of November, which I readily admit is way too early to look at the entry list for May’s Indianapolis 500. But there’s a good reason for it, especially after last season’s painfully drawn-out efforts to find the 33rd and final entry that took five months and the combined efforts of four teams to make happen.'

Kanaan explains the switch from Ganassi to McLaren: In the hierarchy, I was the last on the list (Grande Premio)

'Kanaan had already passed through the team between 2014-17, and was now free to negotiate with other teams, as there are still uncertainties in the 2023 squad.'

'Ferrari test driver Robert Shwartzman has conceded that his F1 race ambitions are likely over after missing out on a seat for another season.'

'W Series’ chief executive officer Catherine Bond Muir says the championship, which is currently in limbo after stopping its 2022 season, is considering revamping its approach to testing.'

'Drugovich finally made it to the top of the F2 mountain in 2022, winning the championship in convincing fashion. But according to the man himself, there were multiple points along the way where he thought his F1 dreams were over.'

The second pour of concrete in the new pit lane/paddock area was completed earlier today. Check out the new surface as work continues to prepare for #DetroitGP’s return to Downtown #Detroit – June 2-4, 2023. pic.twitter.com/PcwaDq0t9T

Mauro Forghieri, Ferrari's master engineer, embodied the bygone era when an engineer could single handedly design a winning race car, chassis and engine. Unbelievable. Rest in peace, genius.
Photo: Nürburgring 1968, I was a 15 year old photographer, and Mauro looks at me… pic.twitter.com/P7p34BFEx1

The winner of Sport Podcast of the Year is – @F1: Chequered Flag, @IMG for @bbc5live & @BBCSounds #BSportAwards22 pic.twitter.com/jLseNY8byo

After Fernando Alonso had to end his race early in the Mexican Grand Prix due to engine trouble, he spoke out about the reliability of his Alpine car. The cylinder problem he had was believed to have been one the team had suffered before, and prompted team principal Otmar Szanfauer to defend their ‘performance over reliability’ philosophy with Renault’s engine development as they seek to move up the competitive order.

Renault have often faced public criticism from their F1 customers over the last decade, having only won one race in the V6 turbo hybrid era, but as Slowmo points out it is hard to judge their performance when they only supply one team.

I don’t think the Renault engine has been necessarily that far behind on power for the last five years. It’s also worth noting that Renault contributed heavily to the success of Red Bull 2010-2013 with the blown diffuser concepts that were entirely dependent on the Renault engine blowing consistent air throughout the entire combustion cycle.

There is also more to a power unit than the power output. Fuel efficiency, drivability, durability (how long will it perform at well before degrading), reliability, weight, cooling, centre of gravity, gearbox. There will be more including the entire hybrid system performance but I doubt Renault are the worst in all areas so even if they’re not the most powerful they may be making gains elsewhere.

I actually think all the engines are within 50 horsepower of each other and likely even closer. I think Alpine’s primary issue is their aero design team and it wouldn’t matter what engine package you gave them until they fix that.
Slowmo