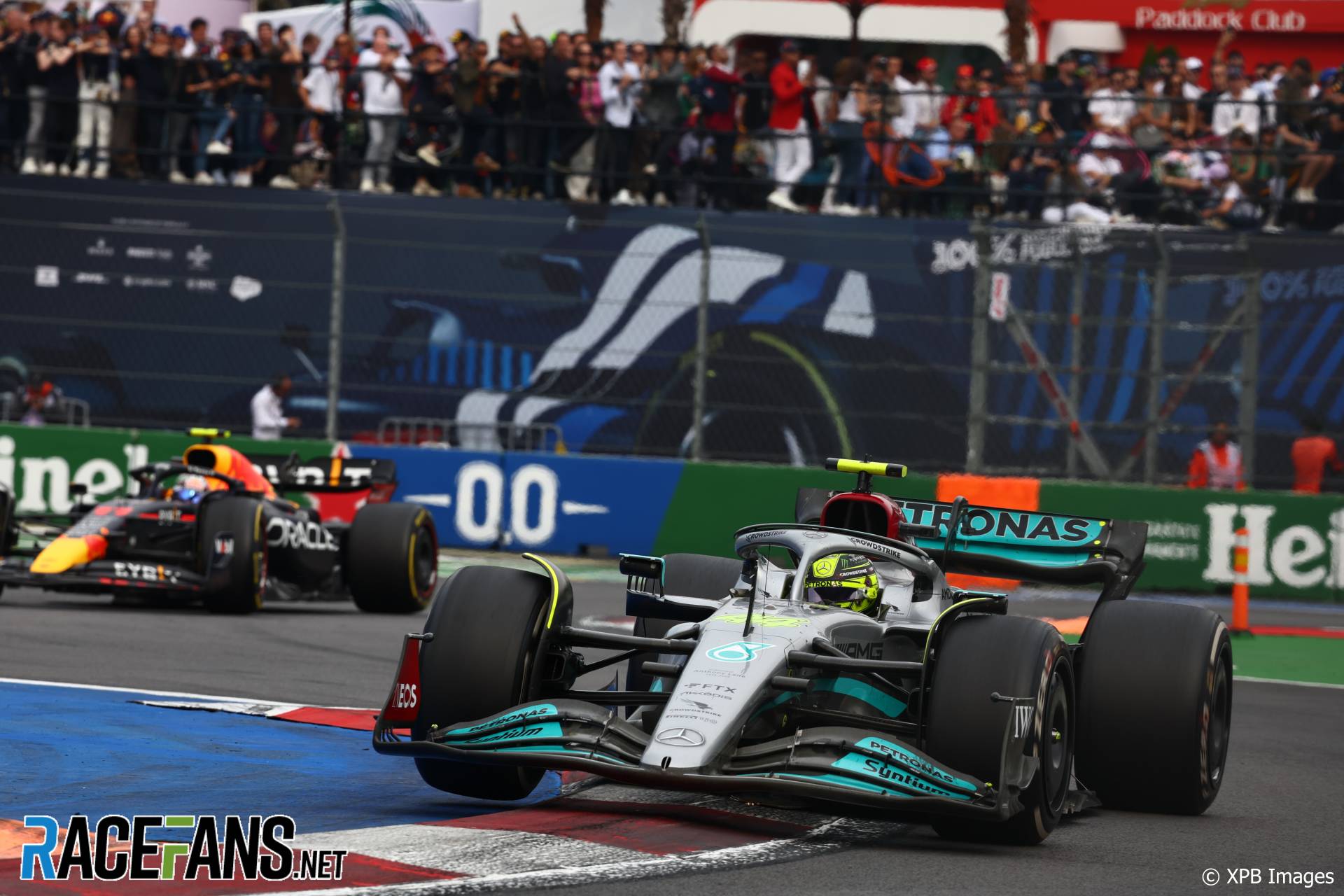 The team’s drivers qualified second and third on the grid behind Max Verstappen. But while the Red Bull driver opted to start the race on soft tyres and switch to mediums, Mercedes used rubber one stage harder on each stint.

While Lewis Hamilton kept Verstappen within range during the first stint, he fell 15 second behind after switching to hard tyres at the end of the race. With Mercedes’ cars the only ones among the top seven finishers to run the hard rubber, Wolff admitted the team hadn’t got it tactics right.

“In hindsight, it’s always easier to judge,” he said. “But I think that the one-stop, medium-hard looked like the right strategy.

“That the medium at the end held on for so long came as a surprise. But the hindsight is the thing. If we were to restart the race, maybe we would choose a different tyre.”

Following the race Hamilton revealed he wanted to start the race on the soft tyre, the same as Verstappen. However others in the team felt they had to start on mediums.

“We felt [the soft] was strong when we discussed it this morning, but not strong enough to really go 30 laps or so,” said Wolff. “Our models said that a soft-hard would go,” he said. “Our models didn’t say that a soft-medium would go.”

After Hamilton made his pit stop, George Russell urged the team to leave him out longer on his original set of mediums tyres in the hope of switching to the soft, a strategy several other drivers employed, such as McLaren’s Daniel Ricciardo. Wolff admitted this was an option they could have used.

“It could have been to lose more time on the medium and hang it out there for another five, six laps and then try to do 30 laps on the soft,” he said. “But also that was not a given that it would hold on with Daniel you could see that it was possible.”

The team believe this was their best chance this year of winning a race, said Wolff. “On the simulations, it says yes.”

However Lewis Hamilton suspects Red Bull were so quick Mercedes would not have won the race even if they had started on soft tyres.

“I think ultimately they still have the upper hand,” he said. “They’re still a little bit quicker.

“Maybe today we were the closest that we’ve ever been and perhaps if we were on the same tyre maybe it was a couple of tenths a lap perhaps. But they’re quite quick in a straight line and not losing through the corners. I was in his tow and I was struggling just to keep up so they’ve definitely got a little bit more in the tank than we do.

“But we’re getting closer. I think if we had started on the soft, maybe I would have been the same distance behind in that first stint. I don’t really know what else, what different we would do. Perhaps we would have tried the undercut and ultimately that would have been much more enjoyable to try something like that.

“But hindsight is a great thing. I’m just grateful for the progress we have made as a team and the fact that we are now in between the Red Bulls. I think that’s huge.”