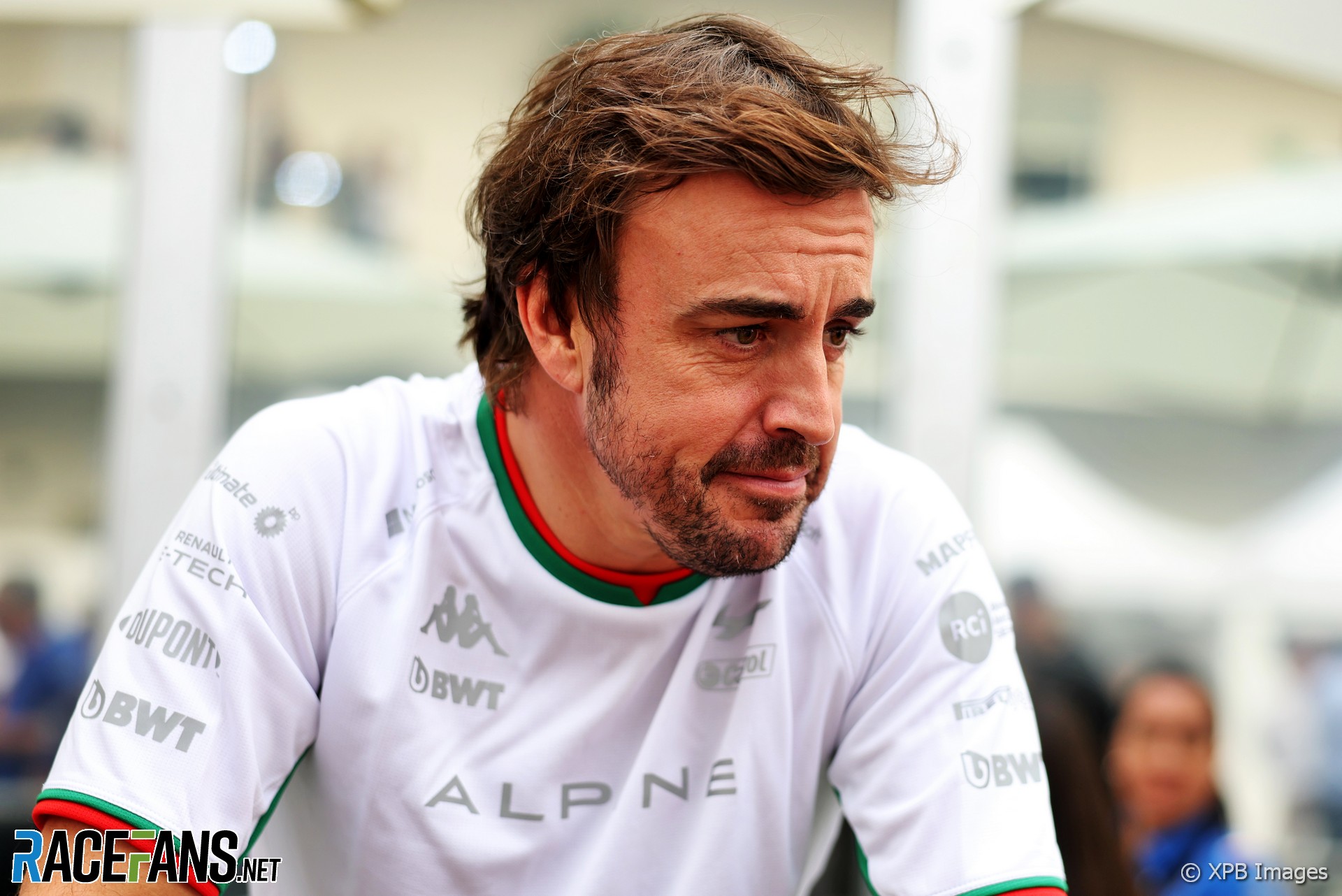 The FIA stewards have turned down Alpine’s attempt to have Fernando Alonso reinstated to his points-scoring finish in the United States Grand Prix, ruling their protest against the decision is not admissible.

However Alpine is not prepared to give up its fight to reclaim Alonso’s seventh place and has immediately petitioned the stewards for a review. A hearing on that was scheduled to begin at 8:45pm in Mexico City, where this weekend’s race in taking place.

Alonso was penalised after Haas brought a protest against his team, claiming his car was run in an unsafe condition during Sunday’s race. The right-hand-side wing mirror fell off his A522 around 38 minutes after it was damaged in a collision with Lance Stroll.

The stewards agreed with Haas and penalised Alpine on the grounds that they were responsible for the safety of the car. They also admonished race director Niels Wittich for failing to display the black-and-orange flag to Alonso which would have forced him to pit for repairs.

Haas brought the protest as they had to comply with the same flag on three previous occasions this year. They failed to submit their protest within 30 minutes of the provisional race classification being published, which the stewards acknowledged in their original verdict, stating it was “lodged 24 minutes out of time.”

Alpine sought to challenge that decision in their protest today. However the stewards rejected their attempt on several grounds. These included the fact Alpine’s protest was submitted too late – one hour and eight minutes after the decision on Haas’s original protest.

“Alternatively,” they added, “should a significant and new element be discovered (by Alpine), it could petition the Stewards under Article 14 of the Code, for a review. That option remains available for 14 days after the end of the Competition.” As it is still within that window, Alpine has now taken advantage of this opportunity.

Earlier on Thursday Alonso said he was “very confident” the penalty would be overturned and warned F1 would face “huge problems” if it wasn’t.