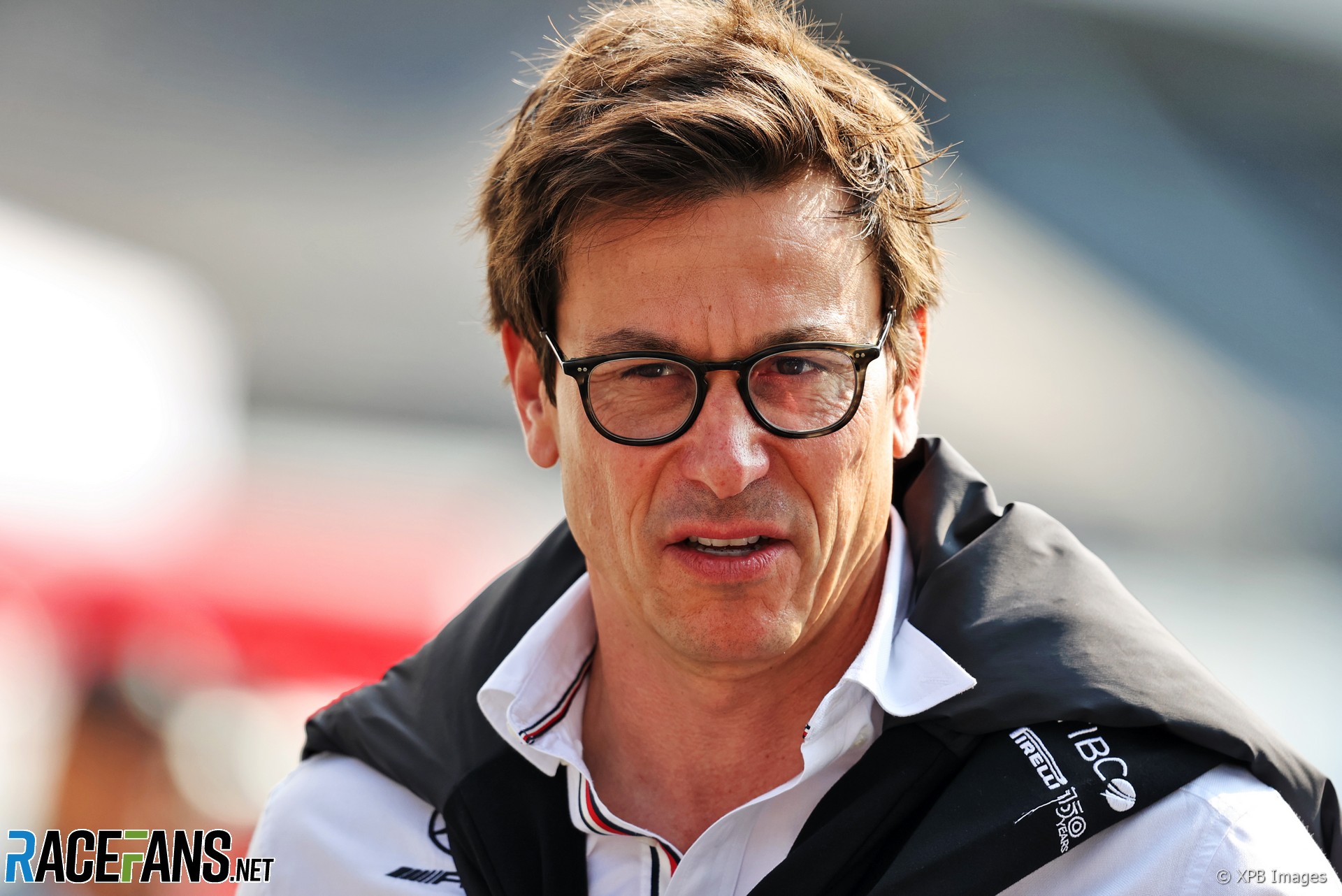 Mercedes team principal Toto Wolff does not believe teams will be tempted to exceed F1’s budget cap to gain an advantage due to the “reputational damage” caused by being in breach.

Red Bull have agreed to pay a fine of $7m for exceeding the sport’s budget cap for the 2021 season by £1.86m after signing an Accepted Breach Agreement with the FIA on Wednesday. As well as a fine, Red Bull will see their aerodynamic wind tunnel and CFD testing time reduced by ten percent until next October.

Given the extent of Red Bull’s penalties plus the negative attention the case has attracted, Wolff does not believe teams will be tempted to deliberately overspend to gain a benefit.

“I think what you see is that beyond the sporting penalty and the financial fine it’s also reputational damage,” Wolff told Sky. “In a world of transparency, and good governance, that’s just not on anymore.

“Compliance-wise, whatever team you are, you’re responsible for representing your brand, your employees, your partners and that’s why for us it wouldn’t be a business case.”

“I think what is most important for me is that there is a robust governance,” Wolff said. “They didn’t budge an eyelid – they just followed the process, how it went.

“Federico and his team, Shaila-Ann [Rao] and Nikolas [Tombazis] I think were absolutely good in assessing. I know how rigorous they were with us all throughout the year. That was a difficult process. When I’m seeing 13 positions that were wrong – with us, it wasn’t the case. It’s just overall good to see that there is a penalty, whether we deem it too low or too high.”

Wolff does not share Christian Horner’s view that Red Bull’s overspend had ‘zero impact’ on their car’s performance in 2021 or 2022.

“It’s so much more precise than a normal bookkeeping, because you need to also track time of people,” said Wolff. “When somebody works 80% in Formula 1, you really need to check in and check out like a lawyer.

“But most important is it’s a relative game. It’s a sport of marginal gains also. And whether it is $200,000 or $2m, at the end everything costs performance. We all had to cover sick pay and gardening leave and the canteen. So nine teams were okay, one team was in breach.”

The introduction of financial regulations to limit team budgets is should improve the quality of racing and competition in Formula 1 over time, Wolff believes.

“We cannot let costs spiral out of control,” he said. “In US American sports – in the NBA or in football – they introduced the salary cap and the teams are healthy and the sport is healthy overall.

“I think we have started with the cost cap and it’s tremendously important also to create a more equal balance between teams. We’re all operating at $140 million dollars now. That means normally, over time, the smaller teams can catch up. There is also the advantage of more wind tunnel time and fundamentally all what we want is really close racing between many more competitors.”