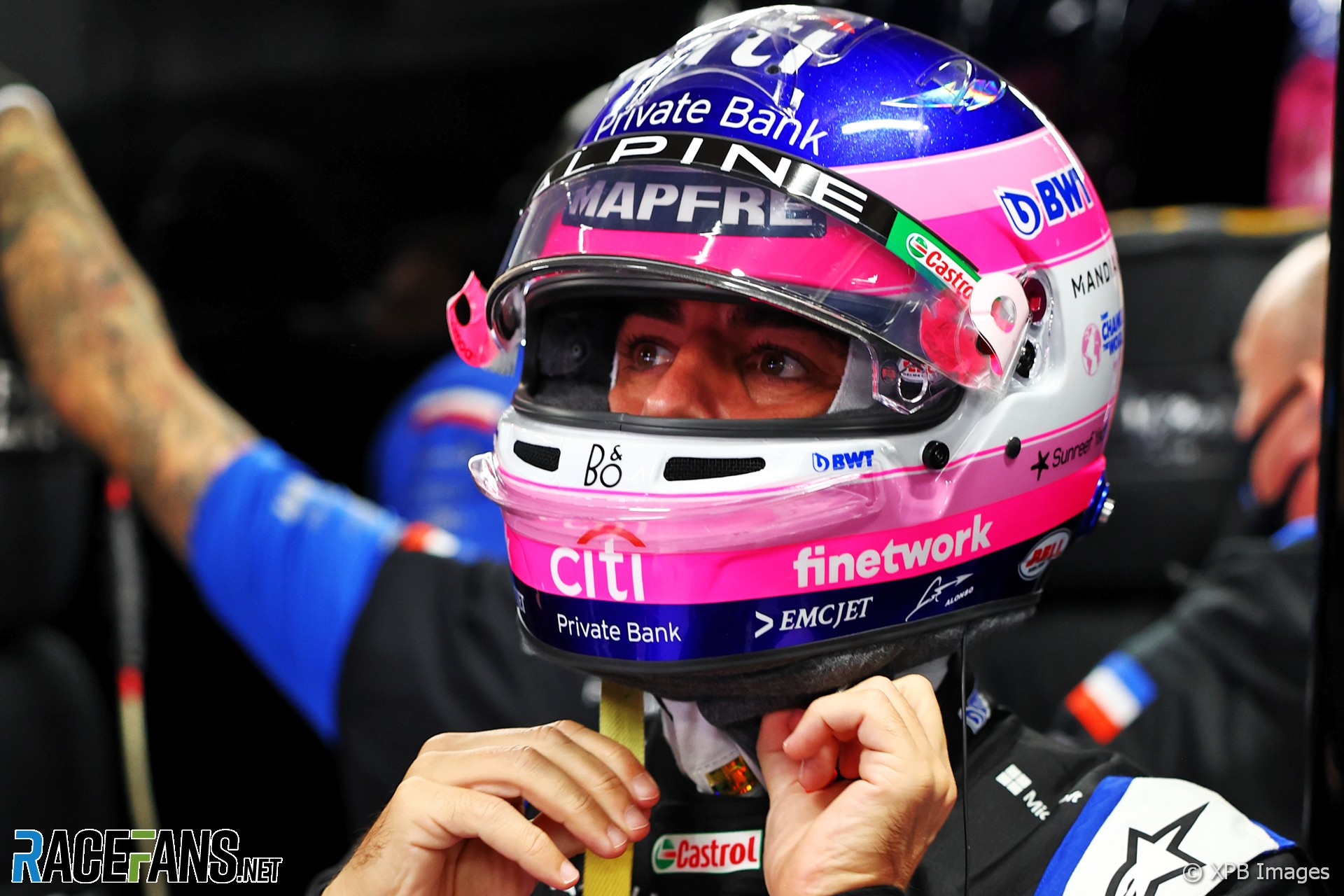 The penalty Fernando Alonso received after the United States Grand Prix has been cancelled, and the driver restored to his originally finishing position of seventh, after his team successfully petitioned the stewards to review their decision.

Alonso was highly critical of the decision to penalise him by adding 30 seconds to his race time, which dropped him to 15th place in the race’s classification. Following a protest brought by rivals Haas, the stewards originally judged Alpine had run his car in an unsafe condition after it was damaged in a collision with Lance Stroll, leading to its right-hand mirror falling off.

Alpine succeeded in overturning the decision by showing the stewards they had been wrong to accept the protest by Haas because it had been submitted too late. The decision was reached following two hearings involving the teams and the stewards on Thursday, the first of which saw Alpine’s initial protest quashed by the stewards on the grounds it was inadmissible.

However the team still retained the right to request a review of the incident if it was able to prove new evidence had emerged. It did this partly by relying on information which it learned during the two protest hearings.

The stewards acknowledged in their original verdict last week that Haas lodged their protest 24 minutes after the deadline for such submissions, which is 30 minutes after the provisional classification of the race is issued. Alpine were not aware of that fact until the first hearing at the Circuit of the Americas.

It then emerged during Thursday’s protest hearing that an FIA race control official had informed Haas it had one hour to submit a protest rather than 30 minutes. Alpine submitted this new information showed the protest could have been submitted on time, arguing Haas “could have lodged a handwritten protest within the 30-minute deadline.”

Speaking to media at the circuit on Thursday, Haas team principal Guenther Steiner indicated they could have submitted their protest earlier. Asked by they submitted the protest 24 minutes late, he replied: “Because we were not in a hurry.”

The stewards accepted Alpine’s submissions included a “significant and relevant new element” and therefore agreed to review whether Haas’s original protest should have been considered.

Alpine argued that the stewards cannot permit teams to contravene the rules of the International Sporting Code. Although the ISC allows stewards to accept protests submitted after the deadline if it is “impossible” for them to be made on time, Alpine successfully argued Haas’s protest could have been made earlier.

“The stewards accept the argument of Alpine that the word ‘impossible’ indeed sets a very high bar and
that in hindsight, that very high bar was not met in this case,” they said.

“Of significant importance is the fact, unknown to the stewards previously, that Haas could have lodged a handwritten protest within the 30-minute deadline. By definition, this fact alone means that it was not ‘impossible’ to lodge the protest within 30 minutes and therefore the original protest should not have been admitted.”

The stewards therefore reversed their decision that Haas’s original protest was admissible. As a result they ruled “no penalty is to be applied to car 14 [Alonso] and the final classification should be amended and reissued”.

However the stewards reiterated their concerns over the safety lapses which led to Alonso’s mirror falling off on the circuit long after it had been damaged in a crash.

“The stewards are, notwithstanding the above determinations, concerned that car 14 was permitted to remain on track with a mirror assembly hanging loose which finally fell off, and strongly recommends procedures be put in place to monitor such matters and where necessary, require the problem to be rectified as has been done multiple times in the past, through either a radio call to the team or display of the black and orange flag, requiring the car to return to the pits for the problem to be repaired,” they stated. “Teams also have a responsibility under the FIA Formula 1 Sporting Regulations Article 3.2.”

The controversy arose following two protests brought by Haas over cars which shed parts on track during the race. The other, concerning Sergio Perez’s Red Bull, was dismissed. While Haas driver Kevin Magnussen has been shown the black-and-orange flag on three separate occasions this year, forcing him to pit for repairs, the same was not done for either Alonso or Perez. FIA president Mohammed Ben Sulayem “has initiated a review into the use of the black-and-orange flag,” the stewards noted.

Alpine welcomed the stewards’ decision and Alonso’s reinstatement to seventh place in the final classification. While Alonso gains six points as a result of the decision, the team’s score only increases by five, as Alonso’s team mate Esteban Ocon falls from 10th to 11th.

“BWT Alpine F1 Team thanks the FIA stewards for convening and reaching a positive conclusion on the matter involving car 14 from last weekend’s United States Grand Prix,” it said in a statement.

“The team welcomes the decision made by the aforementioned stewards, whereby car 14 [is reinstated to] its seventh place finish and six points from the race. We look forward to continuing our collaborative work alongside the FIA to ensure the racing spectacle is maintained to the highest quality.”