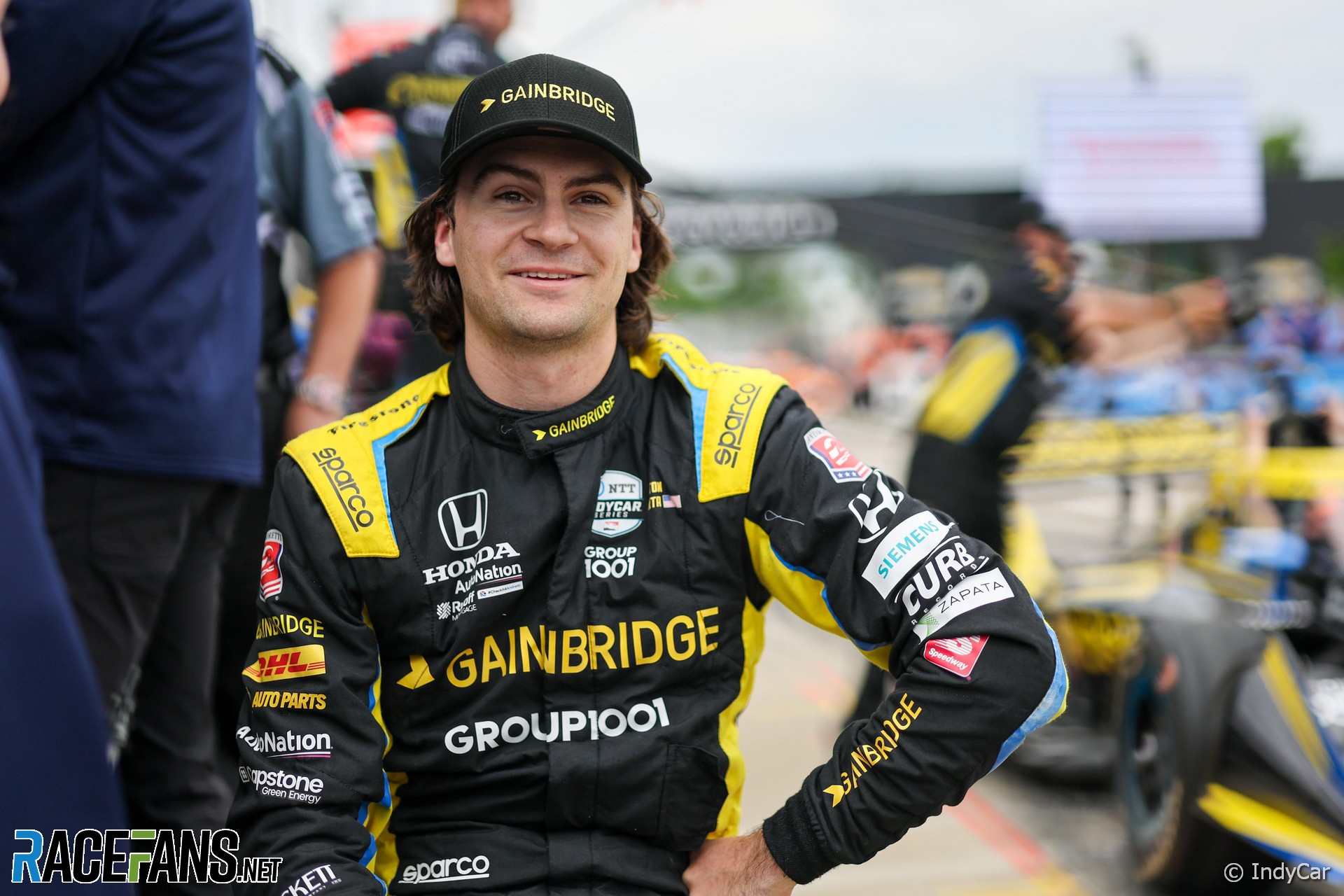 Show which drivers and teams you are supporting

Which F1 drivers and teams are you supporting this season? Here's how you can show your support for your favourite on the grid on RaceFans:

IndyCar race-winner and former AlphaTauri target Colton Herta has signed a new four-year deal with Andretti Autosport to the end of 2027.

Herta first drove for the team in Indy Lights in an entry co-owned by George Steinbrenner IV, and he won six races across two seasons. Steinbrenner then backed Herta’s promotion to IndyCar with Harding Racing, and he became the series’ youngest ever race winner with victory at the Circuit of the Americas on just his third start in the series in 2019 and aged 18.

Andretti came onboard with the Harding entry for 2020 and propelled Herta to third in the standings and another race win. He then moved into the main Andretti line-up, winning three races in 2021 and one in 2022.

His contract with the team ran to the end of 2023, but earlier this year it looked like it could be broken as Herta joined McLaren on a Formula 1 test contract and was then courted by AlphaTauri for a F1 race seat but was ineligible due to FIA superlicence requirements.

Nicholas Latifi has gained the most in the latest changes to driver ratings in the F1 22 video game. His overall rating has risen by two to 69 and three of his attributes – experience, awareness and pace – have risen by one while his racecraft has risen from 72 to 75 following his points-scoring result at the Japanese Grand Prix.

Alpine’s Esteban Ocon has had his experience and racecraft increase by one, but his pace rating has fallen by one to 81 following his failure to get beyond Q1 in United States GP qualifying.

At the top of the ratings, Lewis Hamilton and Max Verstappen have each had one point knocked off their overall scores. Verstappen remains the highest rated driver in the game on 95 points, two more than Hamilton.

Social media personality Lindsay Brewer will continue her single-seater racing career with a full season in USF Pro 2000 in 2023.

The former touring car driver joined the second rung of the IndyCar support ladder this year part-time with Exclusive Autosport, finishing eighth on her debut and coming 15th in the standings, and will contest the entirety of next season.

“I hope to bring more attention to women in the motorsports world, as we all push to work together in a sport where women and men can compete together,” said Brewer. “I hope 2023 will be a competitive season, as I have a goal of entering IndyCar and the Indy 500 in the next few years.”

'The afternoon was humid; the air felt saturated. Wolff was at home. He is tall, dark, and Austrian. He could pass for a Sacha Baron Cohen character or for someone who breezes past you in the airport, smelling good, wearing loafers and no socks. He worked the grid in a white shirt emblazoned with the Mercedes star and the logos of twelve other corporate sponsors, black pants, team-issued Puma sneakers, lovable smile.'

'Brawn, the former Mercedes team principal, also appeared to take a dig at his successor, Toto Wolff, over the team’s inability to produce a race-winning car this season.'

'Australian Formula Ford Series leader James Piszcyk will miss out on the final round of the season to test a Formula 4 car. Piszcyk, who currently maintains an 11-point lead in the points standings, will skip the Sydney Motorsport Park round this weekend and instead head to the United Kingdom to complete a F4 test.'

Next season @LoganSargeant will become America's first full-time @F1 driver for over 15 years – if he gains enough @FIA superlicence points.

Here's the story of his route to the brink of making his Formula 1 debut:https://t.co/OlJOiUeNlW #F1

Comeback to racing for me! Wanted to try rallycross for a while.The possibility came up just a few days ago and am excited to drive for @QEV_Tech already coming weekend in RX2e of @FIAWorldRX in Catalunya. No test done yet,but still a couple days left, right…? Will keep u posted

There’s been changes to cars, a technical directive set by the FIA, but bouncing is still an issue with the 2022 Formula 1 technical regulations and McLaren’s Lando Norris had to resort to medication to get through the latest grand prix. So maybe not enough has been done to eradicate the problem from F1…

Seems like if Lando needed headache drugs to compete, the new directive about violent vertical movement causing a safety issue for drivers hasn’t quite done the job yet. Whether the vertical bumps are caused by aerodynamics or the track itself doesn’t really matter in terms of the end result on the driver. I’d be curious what McLaren’s G readings were compared to the other teams.
Leroy

8 comments on “Herta commits to Andretti until end of 2027”