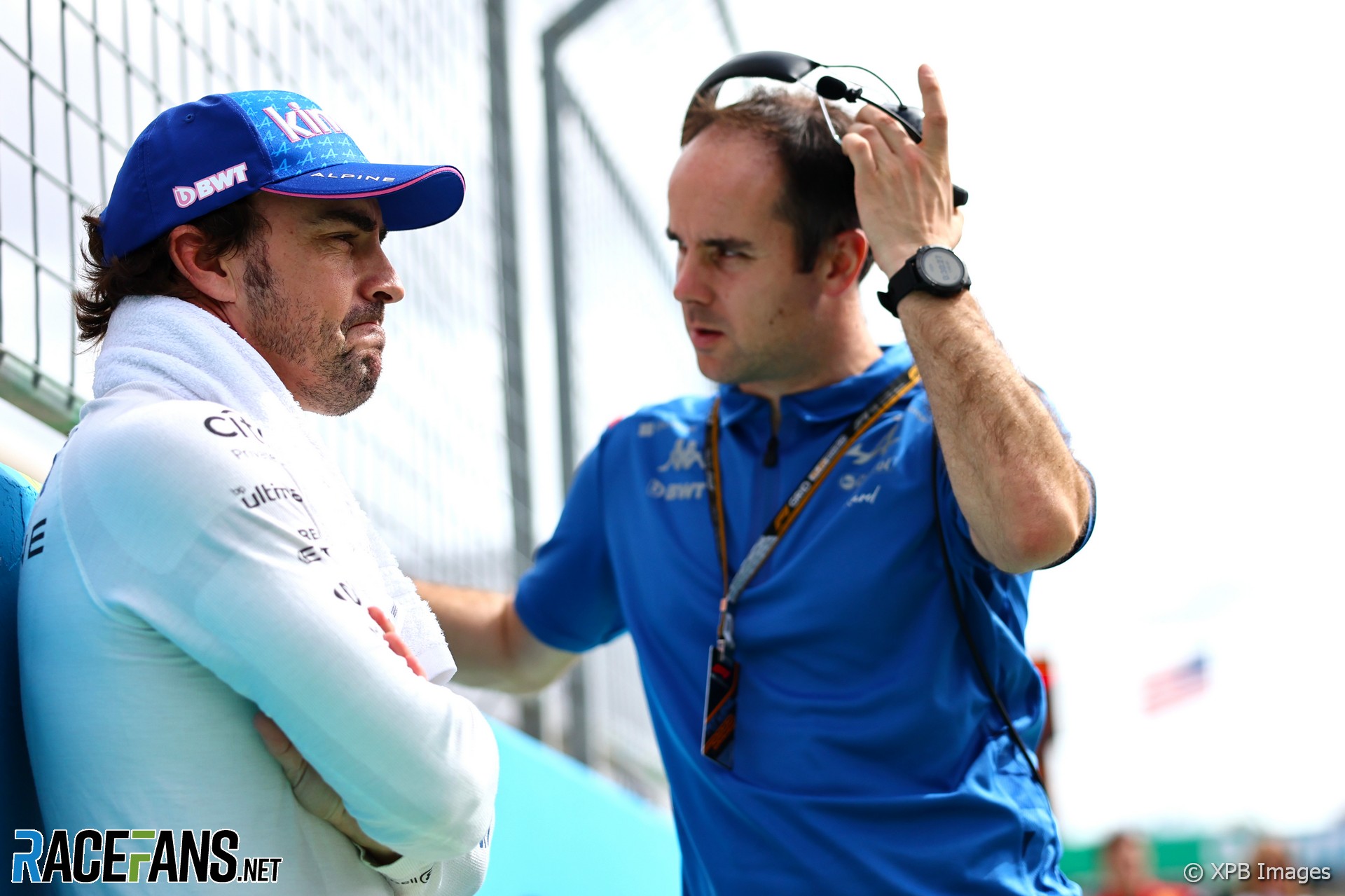 The United States Grand Prix stewards will begin the proceedings to hear Alpine’s protest against Fernando Alonso’s penalty on Thursday.

Alonso lost all the points he scored in the race when he was given a penalty which dropped him from seventh to 15th in the final results.

The penalty was prompted by a protest brought by Haas, which claimed Alonso’s car was run in an unsafe condition as its right-hand wing mirror became loose and fell off following his collision with Lance Stroll. The stewards upheld Haas’s protest and issued Alonso a 10-second stop-and-go penalty which was converted into a 30-second time penalty.

The first hearing will determine whether Alpine’s appeal is admissible. If it is found to be, another hearing will be arranged. Representatives of Alpine and Haas have been invited to the hearing, which will take place via a videoconference.

Alpine is protesting whether Haas’s appeal was admissible. In a statement yesterday the team said: “Due to the protest being lodged 24 minutes past the specified deadline, it should not have been accepted and therefore the penalty should be considered as invalid.”

The stewards noted the late submission of Haas’s protest when Alonso’s penalty was announced. They stated they “determined that the compliance with the deadline was not possible in this case.”

Article 13.3.5 of the International Sporting Code allows for this, stating protests must be submitted “no later than 30 minutes after the publication of the Provisional Classification, except […] in circumstances where the stewards consider that compliance with the 30-minute deadline would be impossible.”