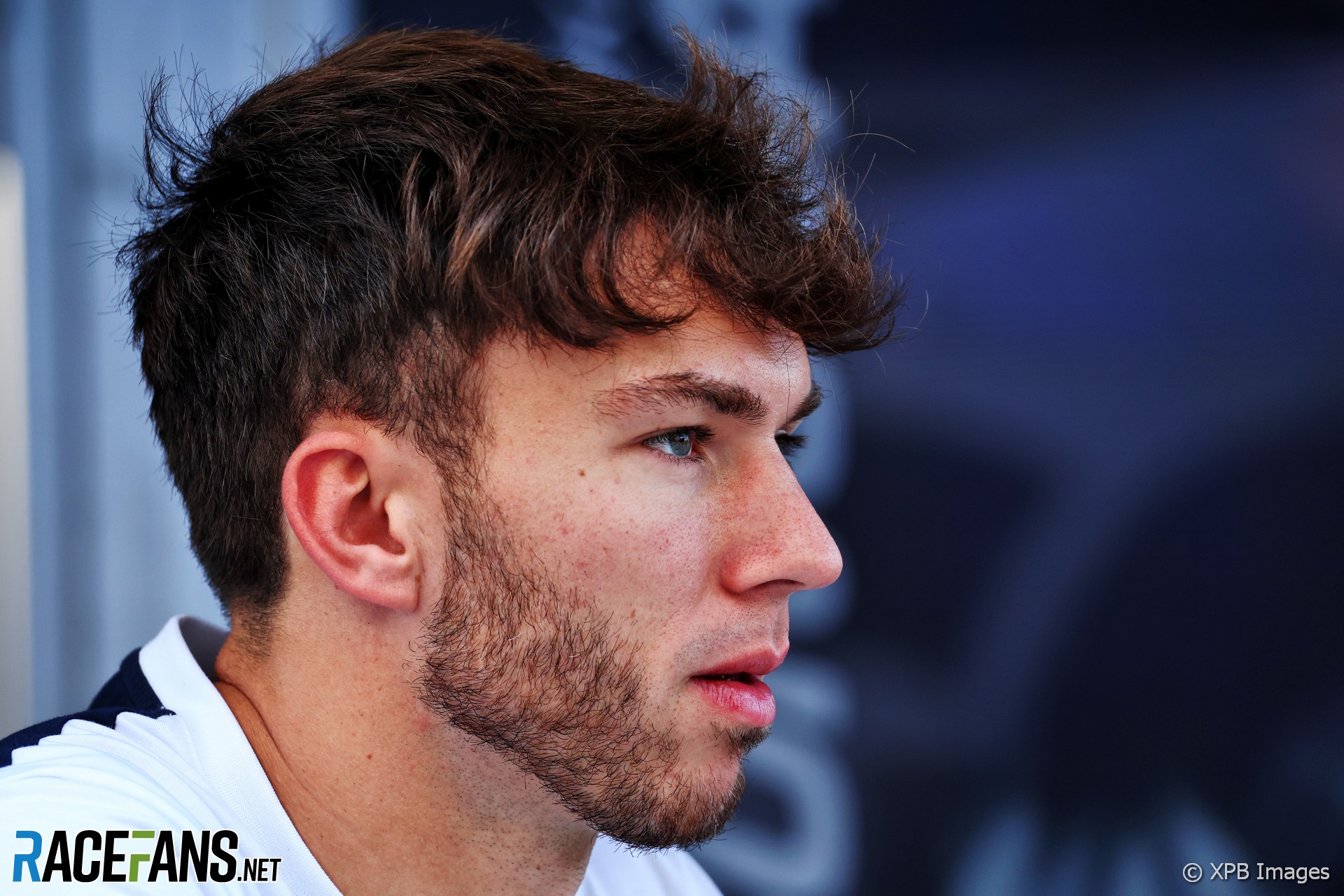 The FIA published a detailed report from their investigation into an incident during this month’s Japanese Grand Prix, when a crane was deployed on the race track during the rain-hit race.

Recovery vehicles are a common sight during grands prix as they are regularly used to clear crashed or retired cars from the circuit. However, the circumstances at Suzuka prompted a furious reaction from drivers and team principals.

While many of the main details of the incident were already known, the FIA’s report – overseen by president Mohammed Ben Sulayem’s deputy president, Robert Reid – has revealed new information about the incident as well as outlining what the FIA plans to change to avoid similar situations in the future.

The Japanese Grand Prix was scheduled to start at 2pm local time on Sunday 9th October. Heavy rain had fallen over Mie prefecture across the weekend, affecting Friday’s practice sessions before returning on Sunday.

Despite heavily wet conditions having prompted FIA race director Eduardo Freitas to delay the start of the Monaco Grand Prix held earlier in the season, the Japanese Grand Prix began at its scheduled time, with the field of 19 cars taking the start of the race on intermediate tyres, as opposed to extreme wet tyres. Pierre Gasly also started the race on intermediate tyres, but from the pit lane.

On the opening lap, fourth-placed driver Carlos Sainz Jnr lost control of his Ferrari through the fast shallow right-hander of turn 12 and spun into the barriers, which dislodged an advertising hoarding and caused race-ending damage to the Ferrari, which was bounced back onto the outside of the race track. A yellow flag was deployed, with Gasly warned over the radio that Sainz had crashed exiting the previous corner.

As Gasly passed Sainz’s crashed Ferrari in the poor visibility, he collected the loose advertising board on the front of his car. Seconds later, the Safety Car was deployed. Alexander Albon – who had also suffered damaged in an earlier clash – then pulled off the track to retire, meaning two cars needed to be cleared from the circuit around 200 metres apart.

Gasly recovered to the pit lane with the board still on his car. As the board blocked his vision, he greatly reduced his speed, meaning that he was positive on his minimum lap time delta by 18 seconds when he entered the pit lane. As he received repairs, marshals were given permission to join the track and attend to Sainz’s car, with a crane being deployed onto the track 12 seconds later. A second crane was later deployed to recover Albon’s car.

Gasly left the pit lane under Safety Car conditions. His Safety Car delta had not yet reset, meaning he was still showing as 18 seconds positive to the minimum lap time. This meant that Gasly was able to drive around the circuit to catch up with the Safety Car queue at a speed higher than intended under the regulations, without breaching the minimum delta time.

While still catching the back of the train, Gasly approached the crash site aware of Sainz’s Ferrari being stopped on track, but unaware there was a crane on the circuit. One second before he passed the accident, the race was red-flagged by Freitas. The AlphaTauri passed the crane at 189km/h – the highest speed of all 18 drivers. He then drove by the second crane recovering Albon’s car at 163km/h – a far higher speed than the rest of the field. Despite the red flag, Gasly accelerated up to 250km/h along the back straight between Spoon curve and 130R – he would later be penalised by the stewards for this.

Having completed their investigation, the FIA have drawn a series of conclusions from the incident. The first is that, in the FIA’s view, Gasly failed to respect the yellow flags and Safety Car conditions while trying to catch up with the rest of the field after his pit stop, determining he “ignored basic safety rules” and had driven in a “reckless” manner.

The FIA point out that Gasly could have lost control of his car in the conditions at the speeds he was driving, which could have resulted in him sitting Sainz’s car, the crane, and a marshal. The report also points out that in similar scenarios, there could have been a driver who may have been crossing the circuit at the time, or ambulances and medical staff attending on the scene as Gasly navigated by the accident scene.

Despite criticising Gasly’s conduct, the report also concedes that “it may have been better to delay the deployment of the recovery vehicles on track,” due to the worsening weather conditions at the time of the incident. The difference in speeds between drivers in the Safety Car train and drivers recovering to join the back of the queue was also recognised, with the report noting that Safety Car conditions provide control over cars directly behind the Safety Car, but “not sufficient control” over cars outside of the train.

The FIA have outlined a raft of changes that will be made in order to try to ensure such a dangerous situation never happens again. Many of them will be implemented as soon as this weekend, with the report recommending other measures to be introduced next season.

From this weekend, teams will be formally notified whenever a recovery vehicle is released onto the track on the official FIA messaging system and will be obliged to inform their drivers when that occurs. The FIA’s race control systems will be enhanced to improve awareness of where cars are on the circuit and monitor cars that are outside of the Safety Car queue. Race director Niels Wittich will review the incident with drivers during the drivers’ briefing this weekend, while the FIA will also review penalties for drivers who are deemed to be speeding in yellow flag zones or while under Safety Car conditions.

From next season, the FIA propose to introduce dynamic Safety Car and VSC deltas which will vary in incident zones and require drivers to slow down more than throughout the rest of the lap. It also proposes to close pit lane entries under Safety Car and only allow drivers to rejoin once the train has passed – a change which would have a major impact on strategies if it went ahead. The FIA will also investigate the use of artificial intelligence in race control management and review trackside advertising boards in order to prevent them coming loose and being knocked onto the race track.

Finally, the FIA will explore adding lights to recovery vehicles of a similar specification to existing F1 rear visibility lights to ensure drivers can spot them in poor conditions and will consult with tyre supplier Pirelli on how to develop the extreme wet tyre which has been subject to criticism for being ineffective at providing grip on very wet track surfaces.

As one of the most vocal critics of how the incident was handled by race control, Pierre Gasly said he was encouraged by the proposed changes for the future in the wake of the incident.

“I was most interested by what they will put in place for the future,” Gasly told media including RaceFans. “That’s what I discussed with Mohammed after the race in Suzuka, that whatever happened there happened and the most important [thing] is just moving forward, that we make sure everybody is safe, whether it’s in Formula 1 or in the lower categories. That’s what they are they are working on.

“I think what they’ve put in place is clearly good steps forward. I know we’re going to discuss it at the drivers’ briefing. Anything more we could do will be welcome. I’m glad to see that they’ve working on this matter very quickly and come up with solutions already, the race straight after that happened.”

While the report described his driving as “reckless,” Gasly says he has no interest in discussing or defending his conduct during the incident.

26 comments on “What the FIA’s Suzuka report found, and why it called Gasly’s driving “reckless””