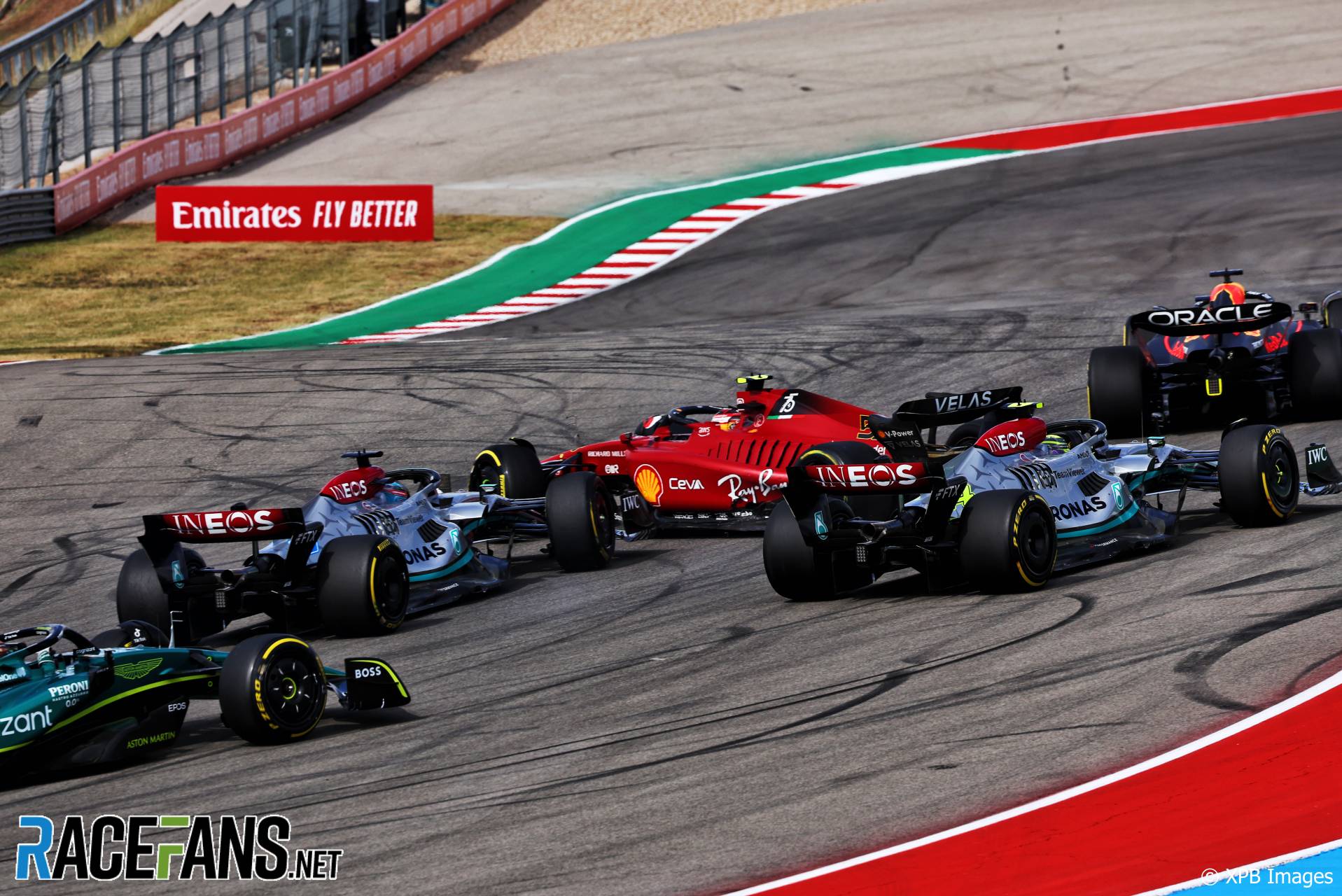 The United States Grand Prix stewards handed George Russell a five-second time penalty after he collided with Carlos Sainz Jnr at the start of the race. Was it the right call?

Sainz started from pole position, three places ahead of Russell. But the Ferrari driver made a sluggish getaway and was immediately passed by Max Verstappen, who started second.

As Russell and Lewis Hamilton closed in behind, Sainz switched from the outside line to the inside. Russell, behind Sainz, headed for the inside of the corner as well and the pair made contact, the Mercedes’ front-right hitting the Ferrari’s left-rear and tipping it into a spin.

Russell was able to continue but was swiftly issued a five-second time penalty which he served at his first pit stop. Sainz limped into the pits where he retired with a loss of water pressure.

Russell exclaimed “he just cut across me” after the clash. A dejected Sainz said only “come on, what happened there?”

Sainz laid the blame for the collision at Russell’s feet, and said he deserved his penalty. “I was in the middle of a fight with Max and suddenly came someone that wasn’t even in that fight and bumped into me,” he said. “So I don’t think it needs too much explanation and images.”

Russell said it was “very unfortunate how things unfolded at the start” and “I don’t want to be in a position where I contribute to another driver having to retire.”

The incident in pictures

Russell was given a five-second time penalty and two penalty points on his licence. The stewards ruled: “The driver of car 63 [Russell] braked late into turn one and collided with car 55 [Sainz], and was therefore wholly to blame for the collision.”

Who do you think was responsible for the collision? Should the stewards issue a penalty? Cast your vote below and have your say in the comments.

Was the stewards' penalty for Russell correct?

55 comments on “Was Russell’s five-second penalty for Sainz collision the right call?”