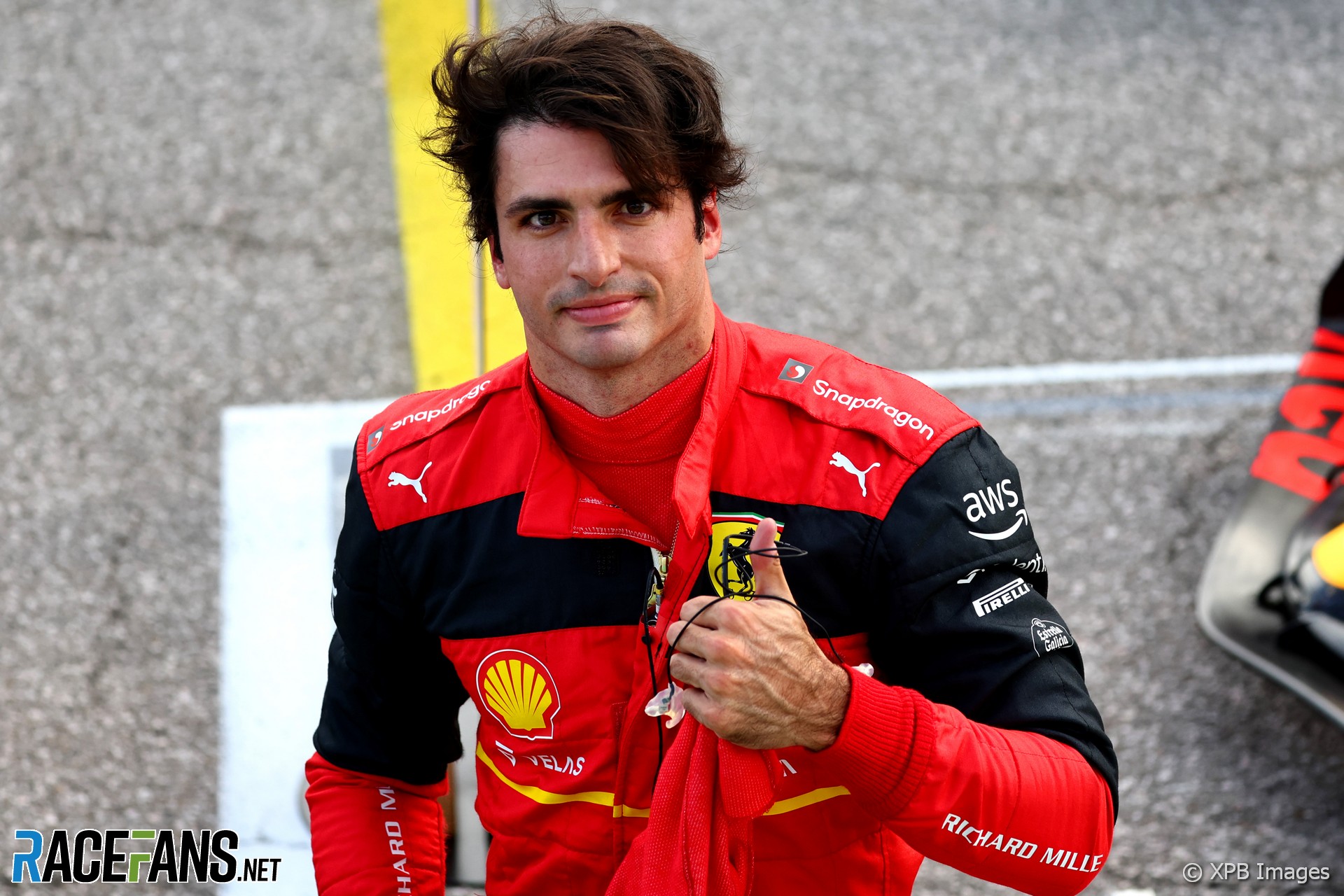 Carlos Sainz Jnr says his third career pole position was a “long time coming” after putting his Ferrari at the front of the grid for the United States Grand Prix.

He said he was “fed up” after narrowly missing pole position at the last race in Japan. It was the fourth time in seven rounds he had come within a tenth of a second of pole.

He turned the tables in his favour at the Circuit of the Americas, beating team mate Charles Leclerc by six-hundredths of a second and third placed Max Verstappen by nine-hundredths.

While Leclerc held pole position after the first run in Q3, Sainz denied him with his final effort of the session. “It was fun,” he said afterwards. “A lot of fun.

“But I managed to put together a good lap without mistakes and a pole position that was a long time coming after a few qualis in the dry getting very close to it but not quite getting there.”

However Sainz remains concerned about the threat presented by Red Bull in tomorrow’s race. “I’m not going to lie, I think for tomorrow Red Bull are still favourites,” he said. “I think they normally have the better race pace.

“Max does a great job and Red Bull has a very good car in race trim. But we’re going to do everything we can to try and stay ahead tomorrow and win the race, which would be an amazing way to start these last four races.”