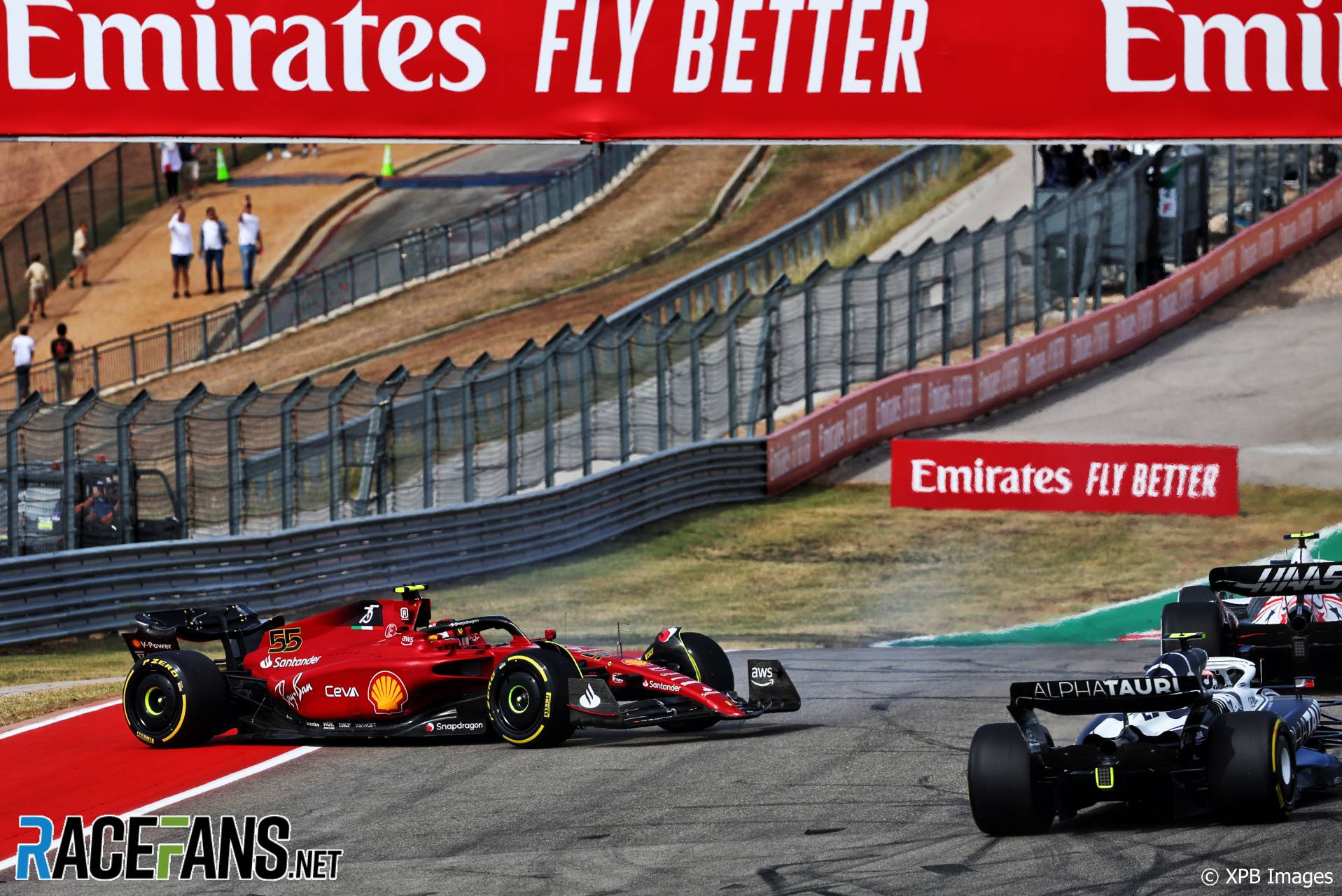 Carlos Sainz Jnr says the stewards were right to penalise George Russell for the collision between the pair which put the Ferrari driver out of the United States Grand Prix.

Sainz was spun to the inside of the track and later retired in the pits with radiator damage. “I didn’t get the best of starts,” he explained. “I think Max got a really good one because mine compared to the Mercs wasn’t too bad.

“We’ve seen him many, many years here P2 get a better start than P1 for a reason that we don’t understand yet. And then, yeah, I was in the middle of a fight with Max and suddenly came someone that wasn’t even in that fight and bumped into me. So I don’t think it needs too much explanation and images.”

Russell was swiftly given a five-second time penalty for the collision. “For sure a penalty was deserved,” said Sainz. “If he deserves five, 10 or a stop-go I’m not going to evaluate.”

“I think you’ve never seen this kind of incident in the top three positions because normally in the top four drivers don’t do these kind of mistakes,” he added.