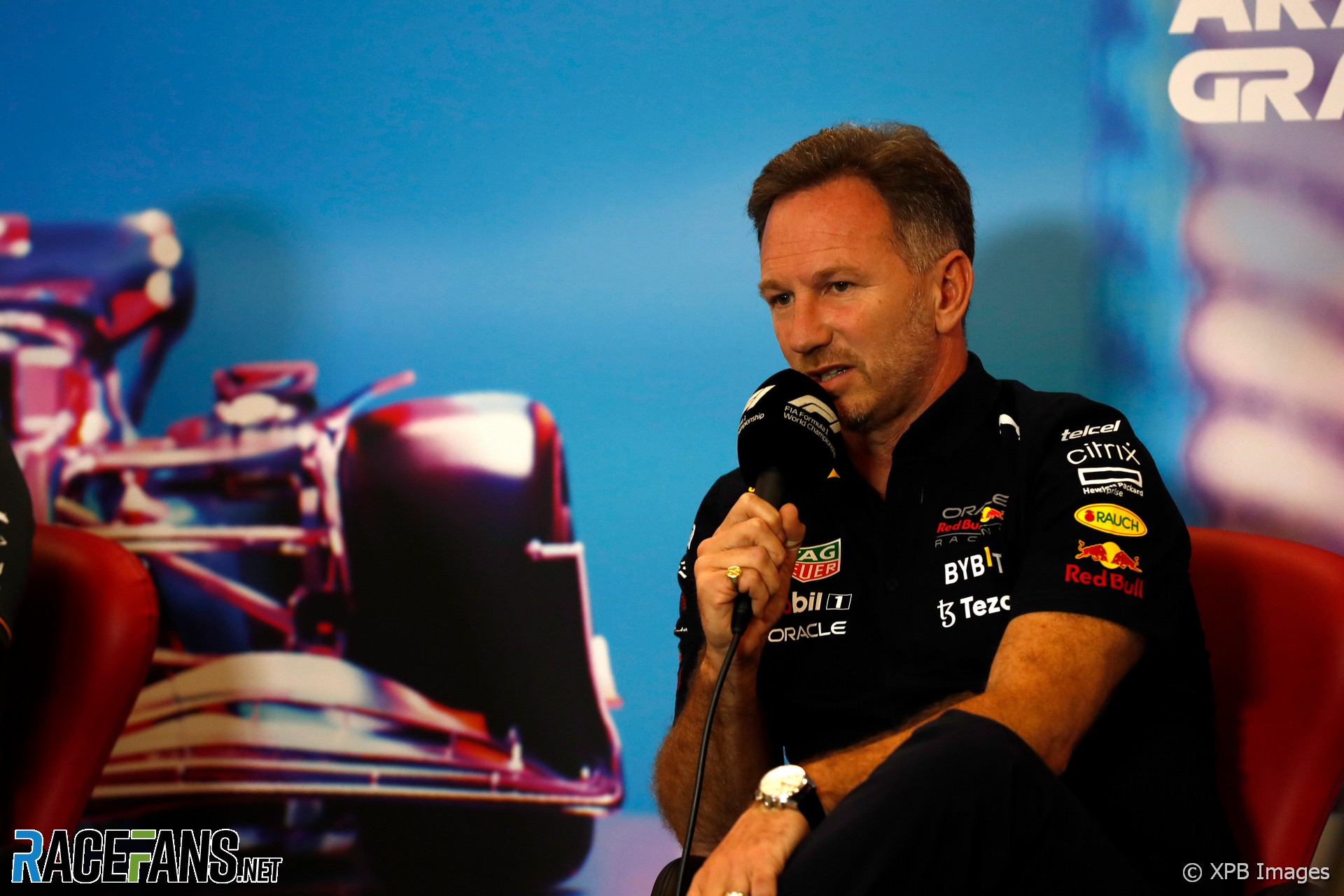 Red Bull team principal Christian Horner says he is “appalled” by the comments rivals have made over his team’s cost cap breach.

The FIA announced last week the team had been found to have exceeded the spending limit last year. The two parties are in discussions over whether Red Bull will accept the charge and a penalty of the FIA’s choosing, or whether the matter will go before an adjudication panel.

In the meantime rival teams have called for Red Bull to face a stiff penalty which will ensure they do not gain an advantage by over-spending and discourage others from breaching the limit in the future. McLaren Racing CEO Zak Brown wrote to the FIA last week urging them to take a strong stance against any team which over-spent.

Horner said he had not been sent a copy of the letter but had seen it and is extremely unimpressed with Brown’s lobbying of the FIA.

“Zak’s letter wasn’t copied to us, so obviously we’ve had sight of that, [but] it’s tremendously disappointing for a fellow competitor to be accusing you of cheating,” said Horner in today’s FIA press conference. “To accuse you of fraudulent activity is shocking.

“It’s absolutely shocking that another competitor without the facts, without any knowledge of the details, can be making that kind of accusation.”

The first details of Red Bull’s cost cap breach were reported ahead of the Singapore Grand Prix. Horner said the innuendo around the team’s compliance with the rules has even led to the children of his staff being bullied.

“We’ve been on trial because of public accusations since Singapore, the rhetoric of ‘cheat’, the rhetoric that we’ve had this enormous benefit. The numbers have been put out in the media are miles out of reality.

“The damage that does to the brand, to our partners, to our drivers, to our workforce in an age where mental health is is prevalent, we’re seeing significant issues now within our workforce. We’re getting kids that are being bullied in playgrounds, our employees’ children – that is not right – through fictitious allegations from other teams.

“You cannot go around just making that kind of allegation without any facts or substance. So we absolutely are appalled at the behaviour of some of our competitors.”

Brown, who appeared alongside Horner in the same conference, said he did not refer to any team by name in his letter.

“My letter set out that I think if someone, a team, spends more than the cap, they’re going to get an advantage,” said the McLaren Racing boss. “The cap as a rule is no different than the technical rules in the sport.

“We’re not taking a view whether they did or didn’t [over-spend]. My letter [said] if someone has, then here are the things that we think should be addressed. No different than if a ride height is incorrect or a flexi wing or whatever the case may be.

“I didn’t mention any teams. It was a general response now that we are into the cost cap era, if someone breaches that, here’s what we think some of the ramifications are.”

The FIA’s statement on Red Bull described their excess spending as ‘Minor’ which under the financial regulations means up to 5% of the £145 million limit, which could be anything up to $7.25m. Brown admitted he has “no idea what the number is, I know none of the detail.”

“If we had the money to spend, that would put us in a better light and performance,” he continued. “More people, more upgrades, whatever the case may be. So we feel it’s a performance benefit if someone has spent more than the allocated cost cap, that is up to the FIA to determine whether they have or haven’t.”

Brown stressed McLaren “have a lot of trust in the FIA” to handle the situation correctly. “All we were doing was volunteering our opinion for them to take into consideration.

“I’ve got a lot of confidence that it will be transparent in the end,” he added. “So I think we need to let the process play out and only then can you really take a view on what you think of the process. But I think so far it’s gone according to how they laid out what the process will be.”

Horner later claimed Brown has “a very convenient memory of the letter that he wrote accusing us of cheating and being fraudulent.”