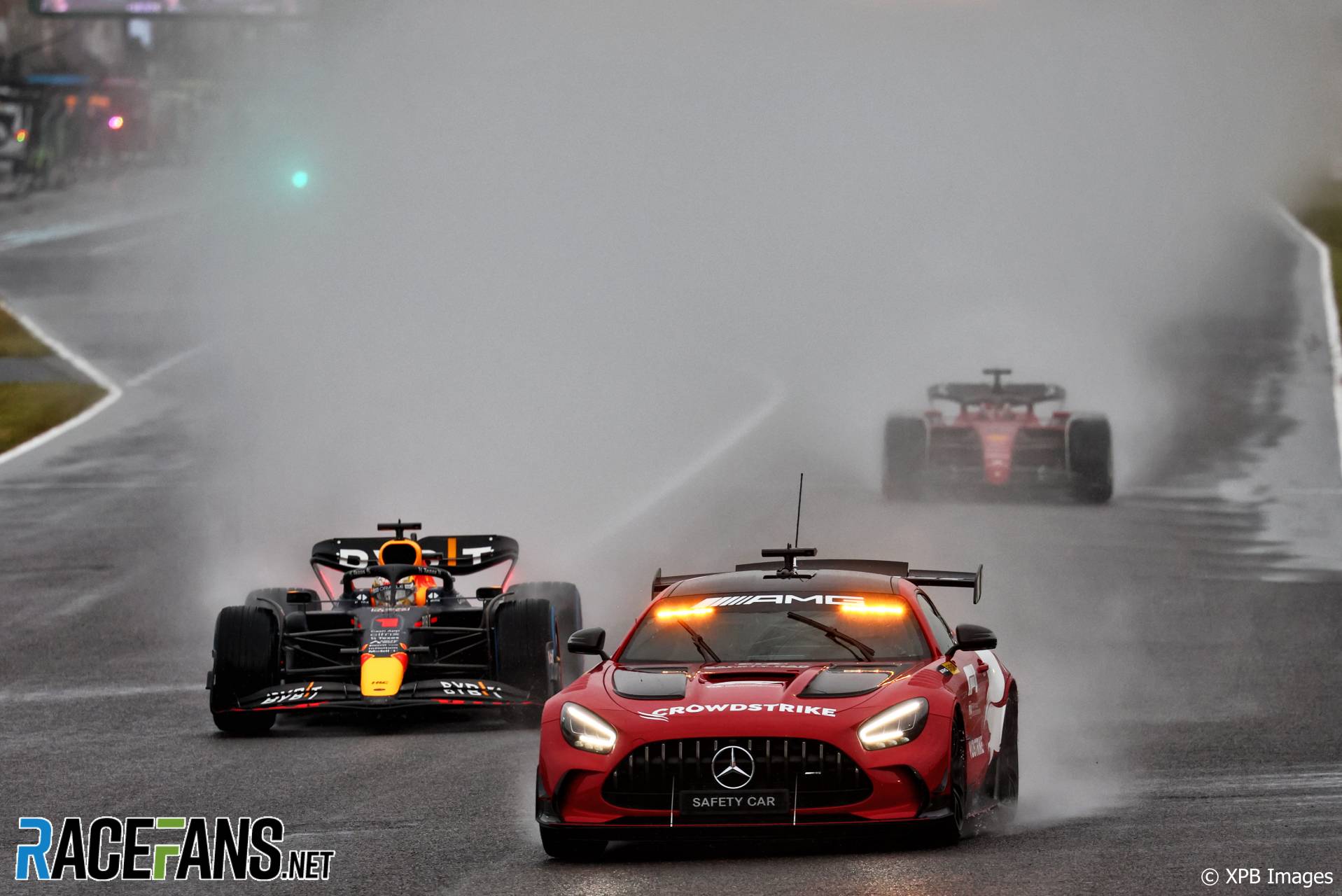 Formula 1 should not deploy recovery vehicles such as cranes on track in wet conditions even during Safety Car periods, says Zhou Guanyu.

The Alfa Romeo driver said Formula 1 drivers voiced their concerns to the FIA over the use of such vehicles following the Japanese Grand Prix. Many of them were infuriated by the use of a crane in heavily wet conditions at Suzuka in response to Carlos Sainz Jnr’s crash on the first lap of the race.

The decision to deploy a recovery vehicle in wet conditions prompted grim parallels with the serious accident that befell Jules Bianchi in similar conditions at the same circuit in 2014. He suffered series head injuries, which ultimately proved fatal, after striking a crane.

Gasly, Sergio Perez and Lando Norris were among the drivers to speak out over had the handling of the situation. Red Bull team principal Christian Horner called for an investigation into the incident, while McLaren team principal Andreas Seidl stated that “something like this simply must not happen”.

Asked by RaceFans ahead of the United States Grand Prix about what drivers could do to help ensure such a situation does not happen again, Alfa Romeo driver Zhou said that the FIA are listening to drivers’ concerns over the incident.

“Every driver has an important voice in the sport,” Zhou said. “There’s only 20 of us – it’s not like the NBA where you have 1,000 players. So the FIA and Formula 1 are really taking [notice of] what we say.

“We already had a quite long discussion after the race. Of course it’s not the correct way to see it, especially after what happened with Jules a few years ago in the same circuit.

“For us the visibility was so low, it was like the lowest ever driving a racing car. Even when the vehicle was out, when I passed it through the Safety Car scenario, I didn’t see it until I was like two metres away. So for us it’s pretty dangerous. I was happy that no one crashed into Sainz when he was stopped in the aquaplaning area.”

Zhou believes there is no sufficiently safe way to have recovery vehicles out on track with cars passing by in conditions as wet as in Suzuka, where visibility is seriously impaired.

“In general it’s never safe to have this tractor vehicle on track even while we are under Safety Car,” Zhou argued. “Obviously especially in the wet conditions, you can never judge if you get aquaplaning with our car, it’s so sensitive.

“Especially with the water, everything can be happening, especially tracks like Japan, there’s a lot of corners where you are almost flat [out] but then with steering lock which creates an unbalanced car.

“So in general we don’t want to see any vehicle out there. Especially if the race was anyway going [to a] red flag it’s better to wait.”

The FIA have investigated the incident and are set to make their findings into “procedural issues” public in the coming days. Ferrari driver Charles Leclerc said that he believes the governing body understand the concerns of the drivers.