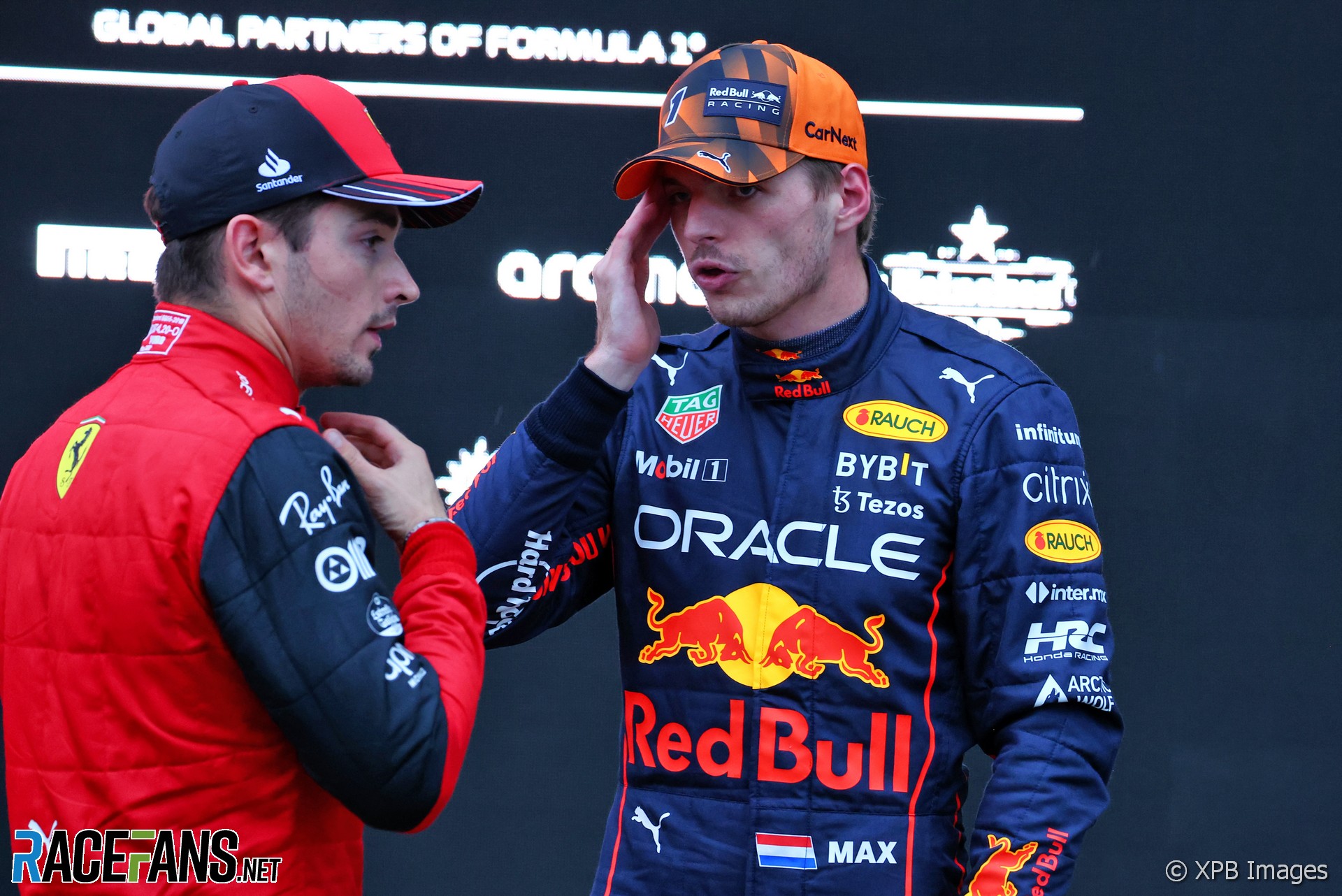 Charles Leclerc says Formula 1 must avoid a repeat of the confusing conclusion to the world championship which occured at the last race in Japan.

Max Verstappen clinched the drivers’ championship when Leclerc was given a five-second time penalty after the race. However the drivers and their teams did not initially believe Verstappen had done enough to win the championship as they expected reduced points to be awarded for the shortened race.

After the FIA confirmed it would award full points for the race, only 52% of which was completed, Verstappen’s championship win was confirmed. However the Red Bull driver did not believe it at first, Leclerc recalled.

“It was a bit strange because I think actually the first time they told Max he was the world champion, he looked at me and he said ‘no, actually, I’m not’,” he told media including RaceFans today. “And I was like ‘maybe you are, because they are saying it’. So it was not clear for any of us.”

Following the race “there was so many things that weren’t clear” about the outcome of the championship, said Leclerc. “The full points, not full points; the penalty, not a penalty. So it was like this.”

The sport needs to avoid this happening again, said Leclerc. “I do believe that we need to get better at this, for sure,” he said. “But I’m sure there will be discussions in the next few races in order for us to move forward and to get better.”

Verstappen’s commanding position in the points standings means he has won the championship with four races to spare. Leclerc admitted this was a disappointment following his strong start to the season.

“As a driver, I want to win the title so obviously as soon as I knew or realised that it was going to be very unlikely, it was difficult to accept,” he said.

Leclerc said it was clear well before the last race that his chances of winning the title were realistically over.

“In the two or three last races before that, we knew it was a matter of time before Max would win the championship. So it wasn’t a surprise.

“Obviously it’s always difficult once you realise that the title is not any more possible. But what can I do? Of course I am disappointed. On the other hand. I need to look forward and try to make the best out of the last part of the season. So I’ll keep my head up.”