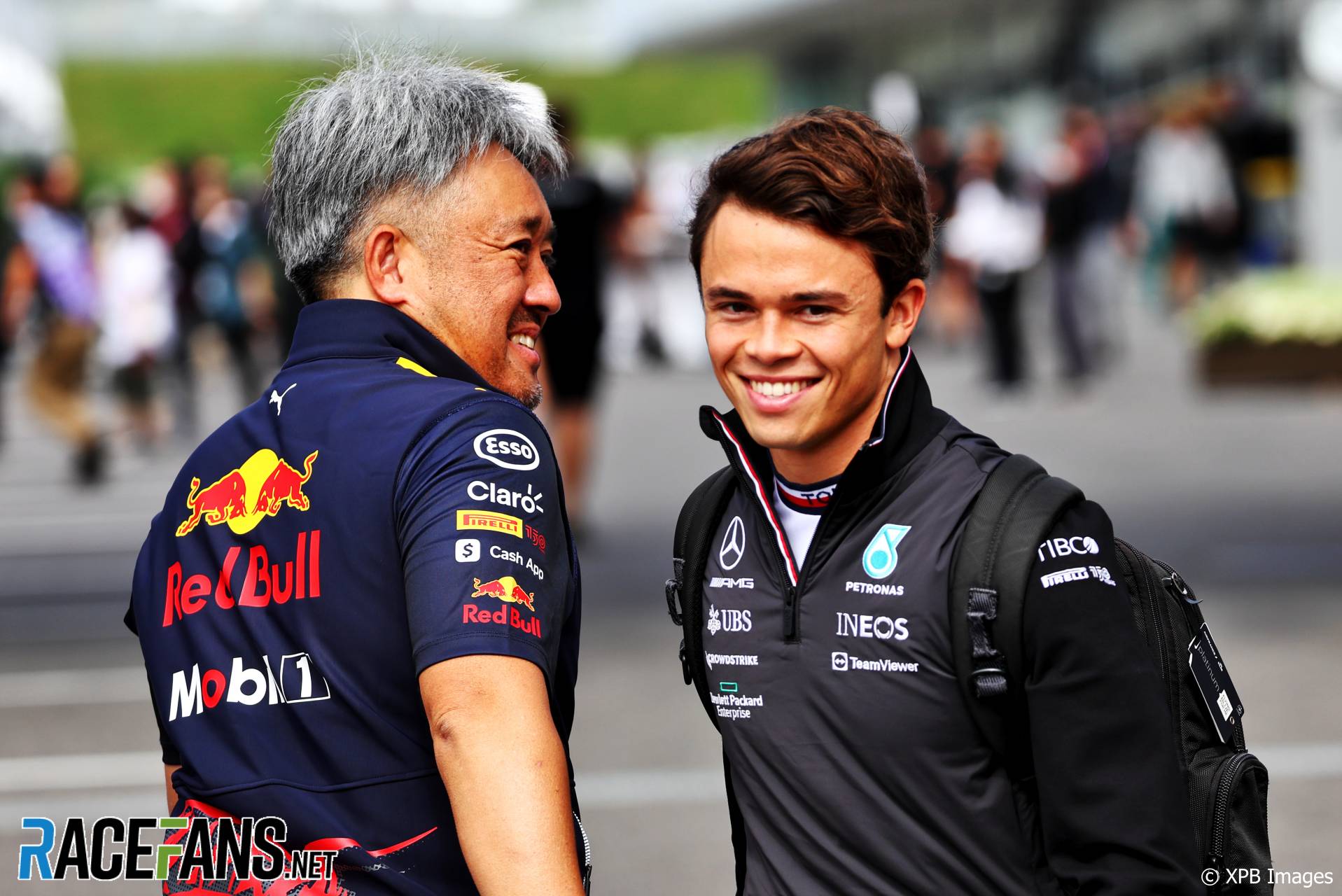 AlphaTauri are expecting “a lot” from their 2023 signing Nyck de Vires, and believe his learning period to fully adapt to Formula 1 “will be reduced to a couple of tests”.

Formula E world champion de Vries only has one F1 race under his belt, a cameo appearance with Williams at this year’s Italian Grand Prix that resulted in a ninth-place finish and thrust himself into contention for a 2023 seat with several teams.

AlphaTauri team principal Franz Tost, who has overseen the arrival of many F1 rookies, says new signings typically need two to three seasons to adapt themselves. Following that they tend to either win promotion to Red Bull’s main F1 team or are to make way for another newcomer.

However the expectations on de Vries, who has had no previous affiliation to Red Bull and is experienced in high-level motorsport outside of F1, are higher.

“I expect that this learning period for Nyck will be reduced to a couple of tests,” said Tost during last weekend’s Japanese Grand Prix, when de Vries’ move was announced.

“That means I expect him to be very competitive from the first race onwards in 2023.”

The first of those tests could come this year. Tost does not expect De Vries will be released from his current reserve driver contract with Mercedes before the end of the season but said “I hope that we can see him in Abu Dhabi in the Young Driver Test” after the final race.

De Vries’ team mate next year will be Yuki Tsunoda who has been signed for a third season at AlphaTauri. The team wants to see a step up from Tsunoda as the more experienced and more successful Pierre Gasly leaves at the end of this year for Alpine.

“The guidance of the team depends on the performance of the car,” said Tost. “If we have a good car, it’s easy for both drivers. If we have problems in the car, then I think that it will not be so easy to sort out everything, because Nyck hasn’t so much F1 experience.

“Yuki is still in a learning process – but I think that Yuki next year should be matured enough to give technical guidance. Nevertheless, I expect a lot from Nyck because he has experience from the racing categories where he won races and championships and therefore once more if the car works, I think that we will have a successful year.”

As de Vries will not be available to AlphaTauri to use in a free practice session this year, the team plans to run their reserve driver Liam Lawson in first practice for the second time this year at either the United States or Mexico City Grand Prix to complete the regulatory requirement of running drivers with less than three grand prix starts in two sessions each season.