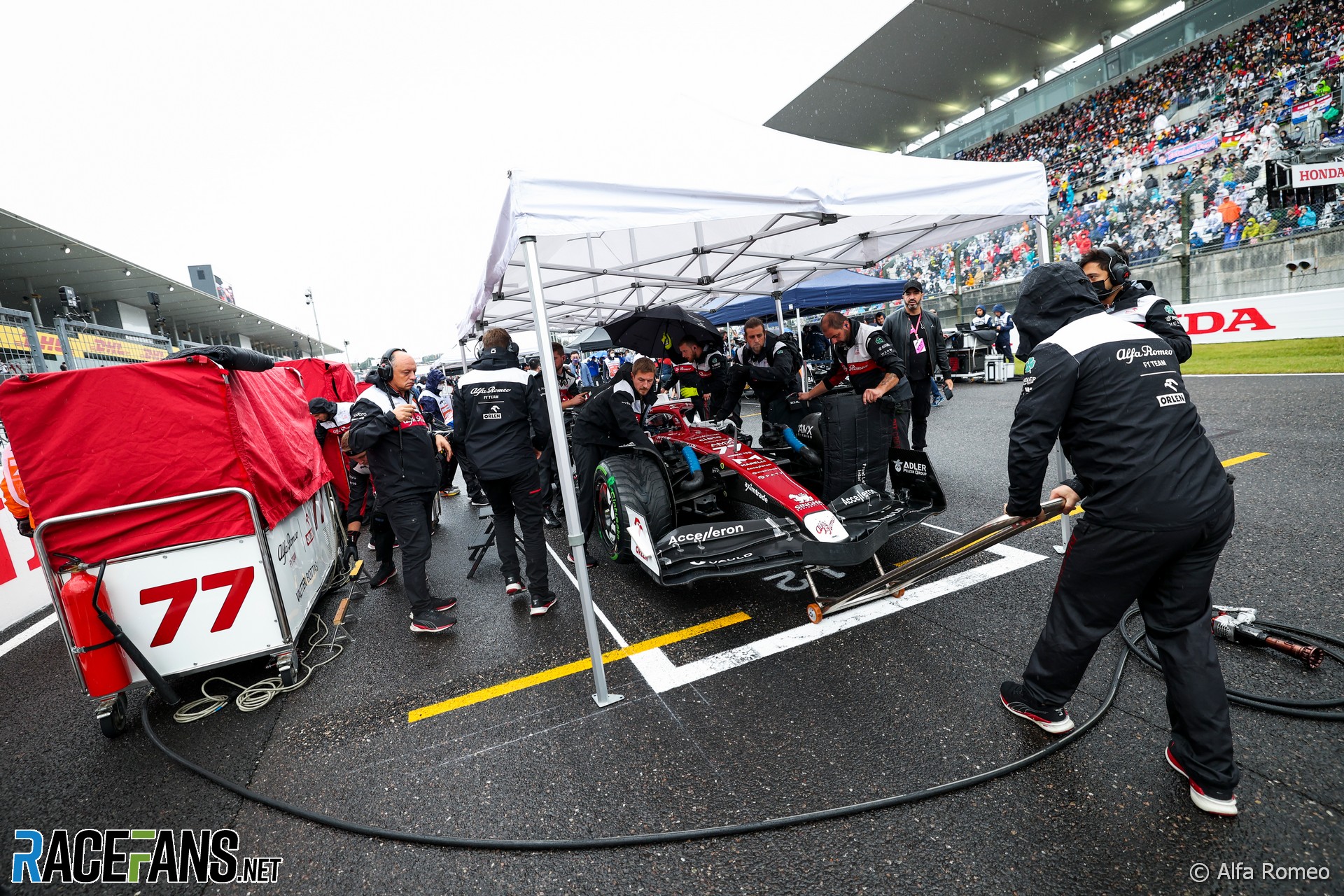 The start of the Japanese Grand Prix should have been delayed because conditions were too wet to race in, says Valtteri Bottas.

Despite intensifying rain in the build-up to the race, the start was given on time. The entire field took the standing start using intermediate tyres.

However Carlos Sainz Jnr spun off and crashed on the first lap, leading to the Safety Car being deployed. On the next lap, as rain continued to fall, the rain was red-flagged. It did not resume for more than two hours.

Bottas believes race control should not have started the race when they did. “The first two laps was not race-able,” he said. “I’m just glad nothing happened.”

He started the race from 12th on the grid, where visibility was very poor. “I was surprised we started because the conditions, the visibility was so, so bad,” he said “We should have not started.”

The race eventually restarted much later behind the Safety Car. “Even the second restart I’m pretty sure from like P6, P7 backwards, it was quite risky,” said Bottas.

Ferrari team principal Mattia Binotto believes a rolling start, which would have required drivers to start on the full wet weather tyre, would have been a better option to begin the race originally.

“Why I’m saying that, because as soon as we started a lot of drivers, obviously all the drivers were on intermediate tyres which were the faster but then very little grip, very little visibility. Maybe by starting behind the Safety Car you give at least a couple of laps to understand the situation, have the feedback from the driver before you decide to go for it.”

However his driver Charles Leclerc pointed out the amount of water on the track increased quickly before the start of the race, making visibility worse.

“The conditions changed quite a lot actually from the laps of the grid to the actual first lap,” he said. “There was much more rain, much more standing water, and the visibility especially was extremely poor. That changed pretty quickly.”

38 comments on “Wet conditions at start were ‘not race-able, we shouldn’t have started’ – Bottas”