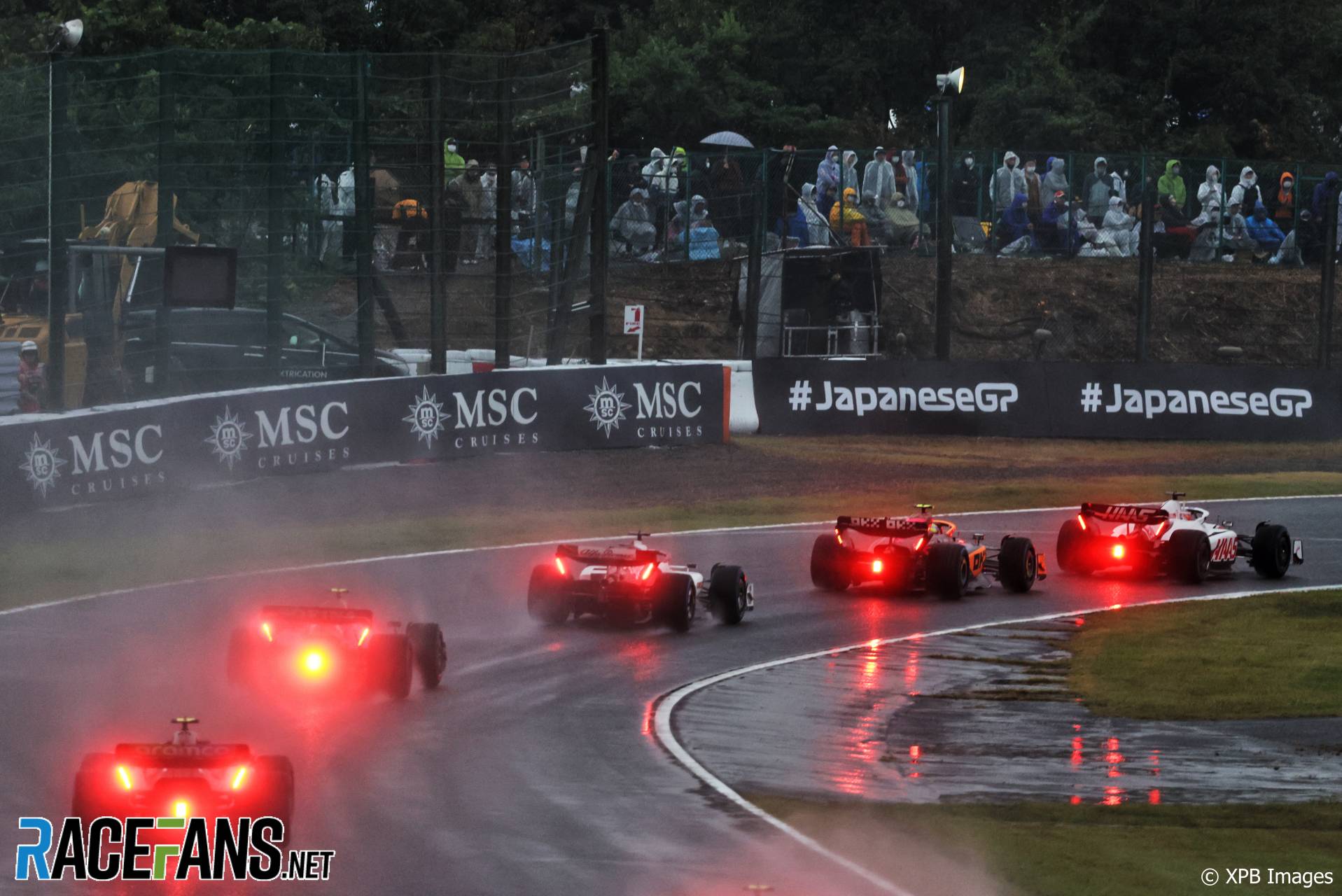 The FIA says it will conduct a “thorough review” after several drivers complained about the presence of recovery vehicles at the side of the track during a Safety Car period at the start of the Japanese Grand Prix.

Pierre Gasly, Sergio Perez, Nicholas Latifi and Sebastian Vettel alerted their teams to the presence of the vehicles. One was situated at the exit of the hairpin and another was positioned on the approach to Spoon curve shortly afterwards.

Several drivers voiced concerns over the presence of a crane in the wet conditions. Many of them drew comparisons with the events of the 2014 race, when Jules Bianchi spun and hit a crane, sustaining injuries which he later died from.

“We shouldn’t see these type of things,” said Charles Leclerc after the race. “Of course, something happened in 2014 and we all know that and I think we should all learn from it.”

The FIA stated “it is normal practice to recover cars under Safety Car and Red Flag conditions,” but said it has taken the concerns of drivers onboard.

“Due to the particular circumstances and also taking into account feedback from of a number of drivers, the FIA has launched a thorough review of the events involving the deployment of recovery vehicles during the Japanese Grand Prix,” it said. “This is part of the common practice of debrief and analysis of all race incidents to ensure continual improvements of processes and procedures.”

Drivers voiced similar concerns after qualifying for the Turkish Grand Prix in 2020 when Q2 began despite the presence of a recovery truck in a run-off area. Michael Masi, the FIA F1 race director at the time, said it was “not a scenario we want to see” and they would “review our procedures to minimise the likelihood of similar incidents in future.”