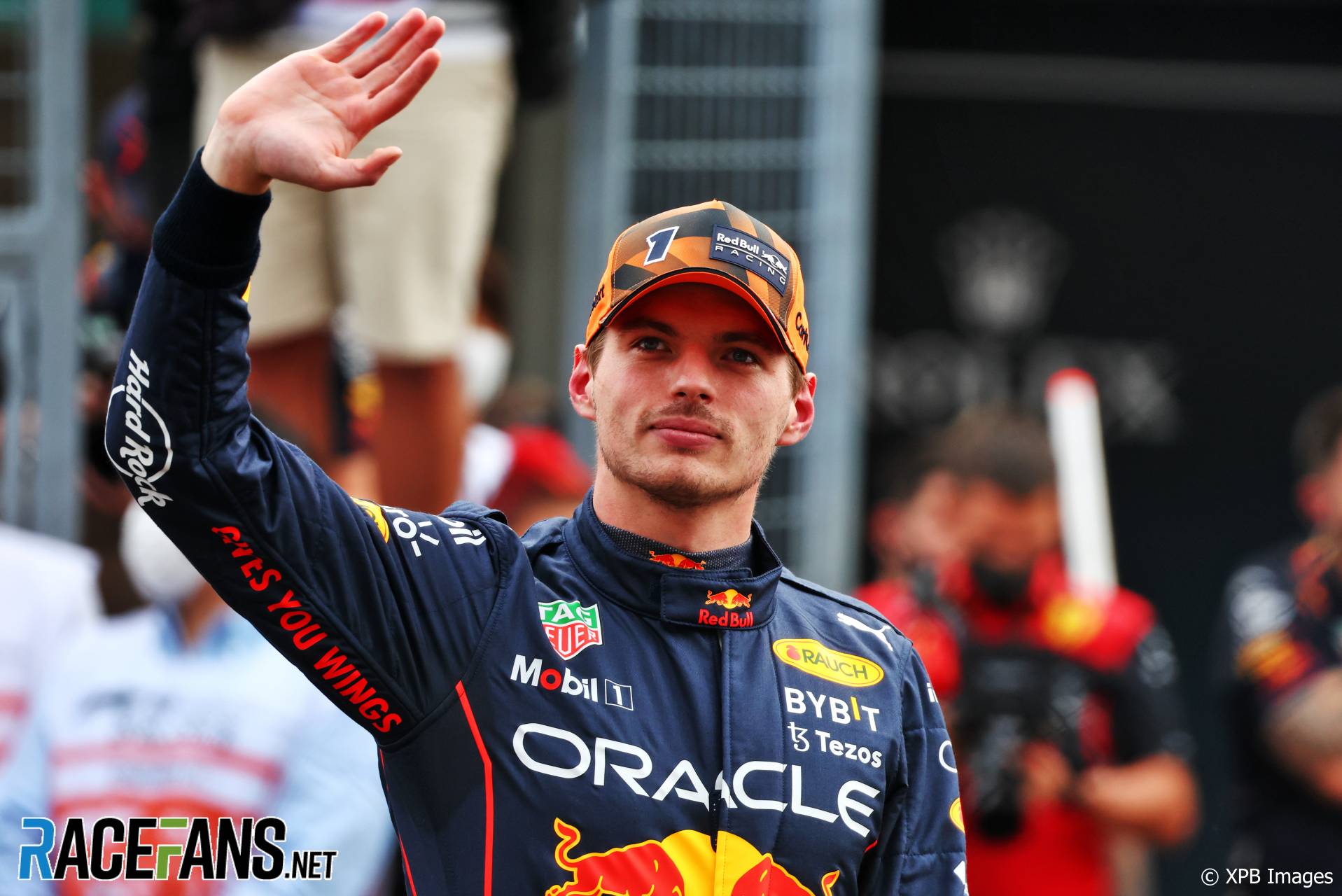 Max Verstappen will start the Japanese Grand Prix from pole position after the stewards decided not to hand him a grid drop for his incident with Lando Norris in qualifying.

The Red Bull driver has been given a reprimand over the near-miss in which Norris was forced onto the grass when the pair met on-track at the start of Q3.

Verstappen was investigated by the stewards after he appeared to lurch towards Norris at the exit of the fast 130R corner as the McLaren driver moved to pass him.

Norris said he felt Verstappen’s move to the left was an intentional move to discourage him from overtaking before they began their flying laps. Verstappen said that the move was not deliberate and had simply lost traction on cold tyres as he tried to generate heat into them before starting his timed lap.

After speaking to both drivers involved, the stewards agreed with Verstappen but handed him a reprimand for the near-miss, deeming it not to have been a deliberate action by Verstappen in reaction to Norris trying to pass him.

“The driver of car one [Verstappen] was aware of car 55 [Carlos Sainz Jnr] in front and car four [Norris] approaching from behind and decided to accelerate at precisely the same time as car four decided to overtake car one,” the stewards explained.

“Unfortunately, due to lack of tyre temperature on car one, the driver temporarily lost control of the car causing it to ‘snap’ anti-clockwise.”

The stewards described that Norris had agreed in the stewards’ room that Verstappen’s move was an unintentional loss of grip, rather than a deliberate action to defend his track position. However, the stewards also felt that the dangerous circumstances around the incident was worthy of a reprimand for the championship leader.

“The driver of car four stated that this was simply an unfortunate incident, however it is the driver’s responsibility to at all times maintain control of their car,” the stewards continued.

“Regarding penalty, all previous breaches of this nature have resulted in a reprimand hence a similar penalty is imposed in this case.”

Verstappen will start from pole position with the two Ferraris of Charles Leclerc and Carlos Sainz Jnr immediately behind him. The championship leader will secure this year’s drivers’ world championship if he wins tomorrow’s race and takes the bonus point for fastest lap. Norris will start the race from tenth on the grid.