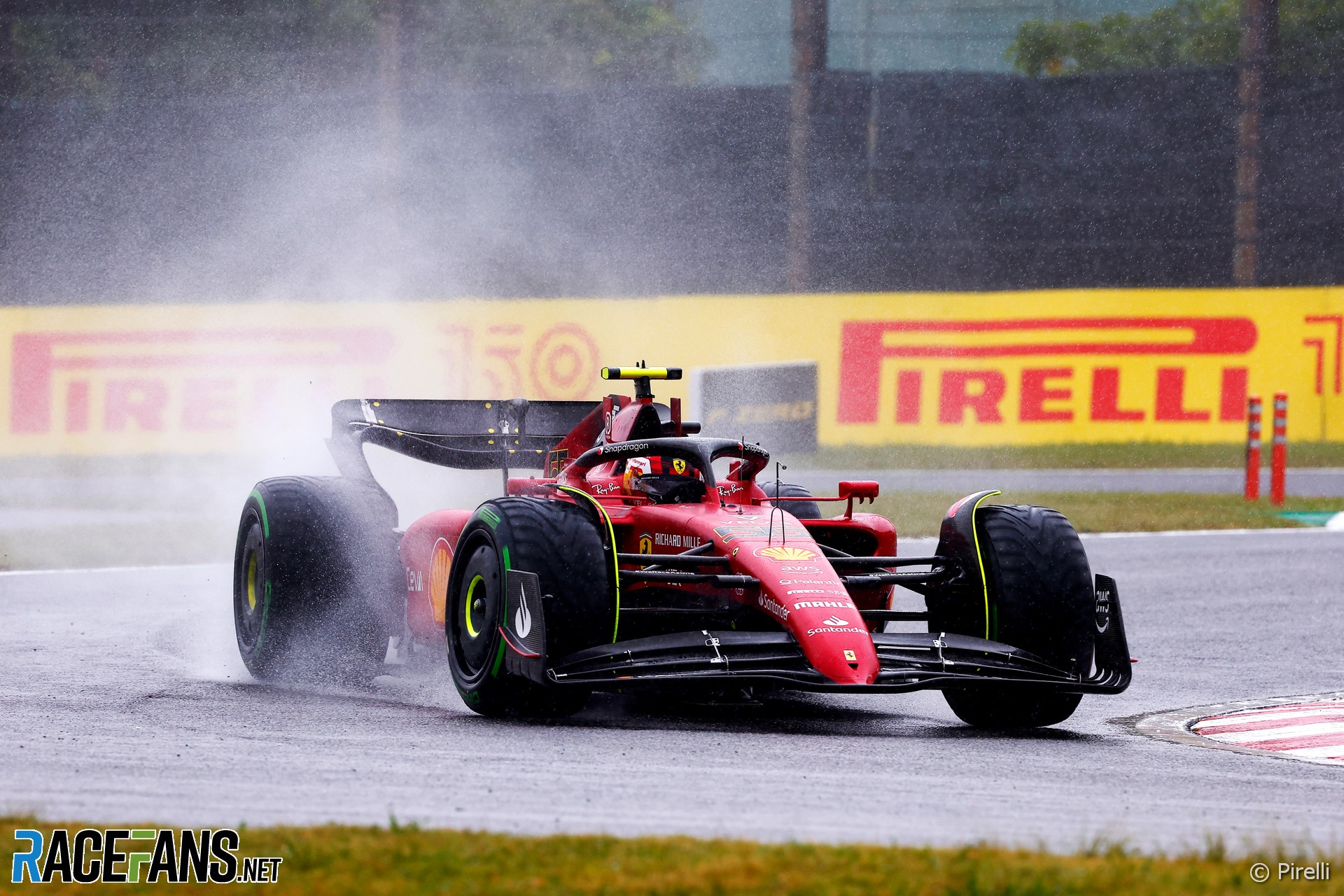 In the round-up: Carlos Sainz Jnr says he feels he has rediscovered his rhythm in wet conditions after Friday’s rain-hit practice at Suzuka.

Sainz finished third last weekend after struggling to keep pace with Leclerc and winner Sergio Perez throughout the race. After Friday’s two set practice sessions at Suzuka, Sainz says he is feeling more confident in the tricky conditions compared to the previous weekend.

“It was important for me after a difficult race for me in Singapore in these conditions to try and get back on top of the car today in these wet conditions and see if I could find my rhythm again,” Sainz said. “We managed to do so – I was quick and feeling back at home again.

“For sure there will be some compromises to be taken. Definitely that rain threat for Sunday looks likely, so there’s going to be a few things to think twice about when doing qualifying tomorrow. So I think it’s going to be an interesting weekend ahead.”

Alfa Romeo driver Valtteri Bottas says rookie team mate Zhou Guanyu regularly approaches him with questions or to seek advice from him about matters to do with driving.

Zhou is the only rookie on the 2022 grid and will remain at Alfa Romeo alongside Bottas for 2023. The pair have established a strong working relationship during their first season together and Bottas says his younger team mate will often come to him for advice.

“Every now and then he asks directly questions from me and obviously I’m more than happy to help,” said Bottas. “He’s been progressing a lot this year anyway and he’s been also learning just by watching the data, et cetera. But if he has any questions he always asks them, so that’s good.

Pirelli have confirmed the three tyre compounds they will bring to the two upcoming rounds following this weekend’s race at Suzuka.

For both races at the Circuit of the Americas in Austin and at the Autodromo Hermanos Rodriguez in Mexico City, Pirelli will use their medium range of C2, C3 and C4 compounds. This is the same selection of compounds used at circuits such as the Hungaroring, Spa and Monza.

Pirelli have said that this weekend’s Japanese Grand Prix will be the final race where the C1 compound – the hardest in their range – will be used.

"The cost cap is critically important and we need to make sure it's enforced, if someone has breached, that the appropriate penalties, not just financial, but specifically sporting and technical are put in place because if you bend the rules technically in sporting you get penalties and financial should be the same."

"Sulaiman Al-Kehaimi showed up in the Formula 1 paddock for the 1996 Monaco Grand Prix with flair. He threw a massive race-weekend part in a mansion — said to be attended by none other than Cher herself — and promised a struggling Team Tyrrell that, as a Saudi Arabian prince, he had the money to buy a controlling stake in the destitute team. Except, he wasn’t a prince at all, and Tyrrell finally succumbed to failure."

"Red Bull Racing Esports has announced that Twitch streamer, PondeN has joined the Team as an official content creator."

"Yuki Tsunoda invited our Formula 1 drivers from the Oracle Red Bull Racing, Max Verstappen and Checo Perez, and Scuderia AlphaTauri. Pierre Gasly for a race around Tokyo. But we gave them a couple of challenges to complete on the way to make it a bit more interesting"

"From Suzuka Circuit to Mario Circuit. Check out our latest driver challenge to find out what happens when two Formula 1 drivers swap racing on track for a classic game of Mario Kart."

Our reporter @danielricciardo is on the ground in Suzuka, with reports that @LandoNorris is hoping to experience photosynthesis 🤔

More to follow on this emerging story.#JapaneseGP #F1 @McLarenF1 pic.twitter.com/XD7mniTGUl

The Japan edition 🇯🇵 Hopefully my Japanese is correct and this says my name! The fans here are amazing, so I hope you like it as much as I do. pic.twitter.com/Gb5hrjLtBl

Most F1 journos’ reputations and insight is based on relationships they build and are given information on the understanding they don’t leak things before an agreed time – Fabrizio has zero repercussions for leaking the Gasly news early, if F1 journos do that they get iced out

Santino Ferrucci’s return to IndyCar in 2023 with Foyt has been met with mixed reaction from fans. Reader Mark in Florida says the divisive character is worthy of a full time drive in the series…

Come on guys. He’s fast but furious! I don’t like the little guy at all but I do admit that he has at times impressed me with his turn of speed.

He’s not champion material by a long shot but as long as he keeps out of trouble and doesn’t crash others out I see no problem with it. What he did as a young man shouldn’t define him for the rest of his life. Hopefully he has matured enough to be a part of polite society.
Mark in Florida

Happy birthday to Toby and Jean!