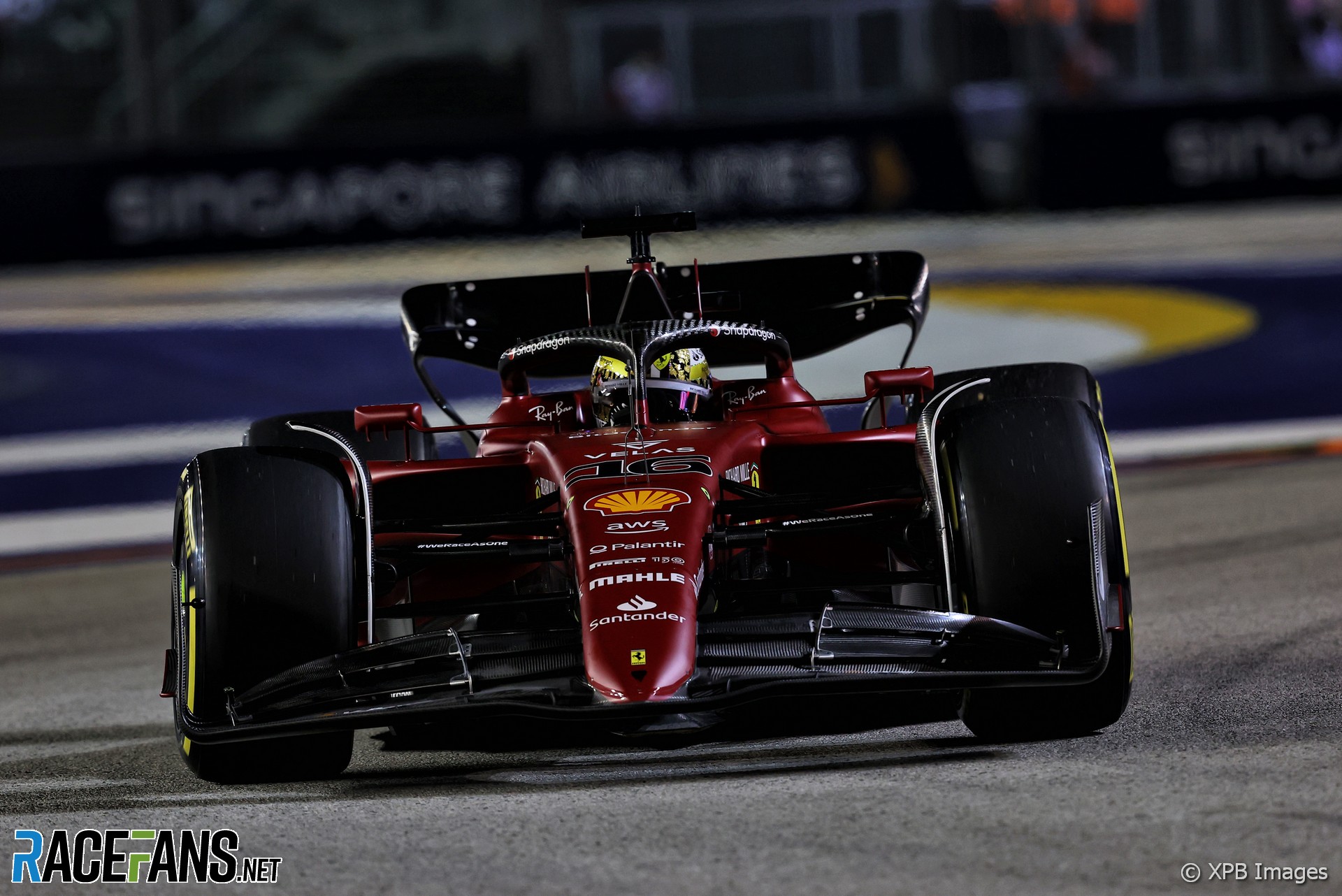 In the round-up: Ferrari believe the Belgian Grand Prix technical directive aimed at reducing porpoising is not the cause of their recent dip in performance.

Ferrari’s race director Laurent Mekies dispelled the idea that his team’s failure to fight for race wins recently is related to the technical directive introduced at August’s Belgian Grand Prix.

The directive was aimed at reducing the bottoming-out effect suffered by Formula 1 cars at high speeds. The FIA introduced the Aerodynamic Oscillation Metric in order to prevent excessive bouncing and made changes to how teams’ skid blocks are measured for compliance to the rules.

“Really we don’t think there is any specific impact on our team here,” he said. “The [directive] is a good thing. It’s putting effectively more pressure on plank wear measurements, which have been there forever. It’s doing it in a bit more sophisticated way.

“We are fully in favour of it and we don’t think it has impacted any of our relative performance, there is certainly other factors for that.”

Formula E and the Tokyo Metropolitan Government have signed an agreement with the intention of a prospective Tokyo E-Prix joining the series’ calendar in spring 2024.

The bayside area next to the Tokyo Big Sight exhibition centre has been chosen as the location of the circuit that will be designed for the event.

Tokyo’s governor Yuriko Koike plans to make the megacity carbon neutral, and signed the agreement with FE’s CEO Jamie Riegle. Japan has long been a target country for FE, which counts Nissan among its competitors.

IndyCar team Juncos Hollinger will hold a demonstration run in Argentina next month. Local driver Agustin Canapino will run at the Circuit of Buenos Aires, which held F1 races between 1953 and 1998, and the Circuit of Termas de Rio Hondo.

Juncos Hollinger plans to expand its IndyCar team to two entries next year, but is yet to announce who will join Callum Ilott in their line-up. Canapino, 32, is a multiple champion in Argentina’s Turismo Carretera touring car series and drove for Juncos in the Daytona and Sebring sports car races in 2019.

There will be a Formula 3 race at the Monaco Grand Prix next year, marking the first time the category has appeared on the event support bill since 2005.

The Automobile Club de Monaco, organiser of the grand prix, revealed F3’s return as it launched ticketing for the 2023 edition. Although the series is not specified, it is understood the FIA F3 Championship – which regularly supports F1 – where will feature.

F3 was a permanent part of the Monaco GP weekend from 1964 to 1997, before International Formula 3000 took its place. The F3 Euro Series visited in 2005, with Lewis Hamilton winning both races held, but the tertiary tier of single-seaters has not been seen on the city streets since.

GP3, fore-runner to the current FIA F3 series, last raced at the track in 2012. However its final event was marred by a huge crash for Conor Daly, who was launched into a shocking aerial crash at the harbour front chicane when he tangled with Dmitry Suranovich.

'Horner had denied the accusations that (Red Bull) were £10m over the £114m ceiling. The discrepancy could be around £1m and is no more than a 'procedural' breach.'

'After ending his racing career, Navan native Keith Donegan is fully focused on life as RPM team owner in the Formula Regional European Championship. He speaks to Raf Diallo about his ambition to give Irish drivers an opportunity on route to F1.'

'Saudi Arabia's sports minister said he had met drivers and Formula One bosses to address security concerns after missile attacks overshadowed this year's race in Jeddah.'

'Former F1 boss Bernie Ecclestone faces trial in October next year accused of failing to declare more than £400million in a trust in Singapore to the Government.'

'Let’s not beat around the bush: when someone from the world of sport creates their own clothing label (naming no names), more often than not, it sucks. Yet, when one does make it through the cracks and comes out the other side, they can actually be pretty good, and Sir Lewis Hamilton’s +44 brand looks to be falling firmly into that category.'

'Driver-engineer relationships are key for success in motorsport, and this year’s Formula 2 champion Felipe Drugovich benefited from rekindling a winning partnership to turn into the driver to beat.'

'The Aston Martin F1 team’s chief communications officer Matt Bishop had this to say about the Misano incident: 'If any driver I worked with ever proposed to do so (pay tribute to such a person), I would very firmly urge them to reconsider'.'


Ocon walked through the subway after his DNF yesterday 💀 pic.twitter.com/knvleTJ0vf

Ride onboard with the Kiwi for a lap around Suzuka as he set the TRACK RECORD of 1'34.442 👑🇳🇿#SUPERFORMULA #Motorsport #Racing @tomsracing pic.twitter.com/Wue6LvXeHc

It has been a real pleasure to share the garage with you @Sebastien_buemi.
Great working relationship, constantly pushed each other and had many laughs off track, too. Your helmet will get a special place, wishing you all the best for the future my friend! 🤜🏼🤛🏼#MAXG #helmetswap pic.twitter.com/9B1jNUdlky

Mekies says it’s “probably game over” for F1’s budget cap if teams have already abused the financial regulations introduced in 2021, but also says there’s a question of if teams “agree on the entity of the breach” when interpreting the restrictions set. This could make it tricky to regulate supposed breaches.

I’m genuinely surprised that numerous F1 teams and fans can’t appreciate that the budget rules would have been contested to the same rigorous level as the sporting regulations.

It may surprise some but accounting and tax legislation can be debated by two parties with both being correct. As with F1’s sporting regulations, it’s whether the rules are open to any alternative interpretation that matters. If they are, blame the rule-makers.
Joshgeake