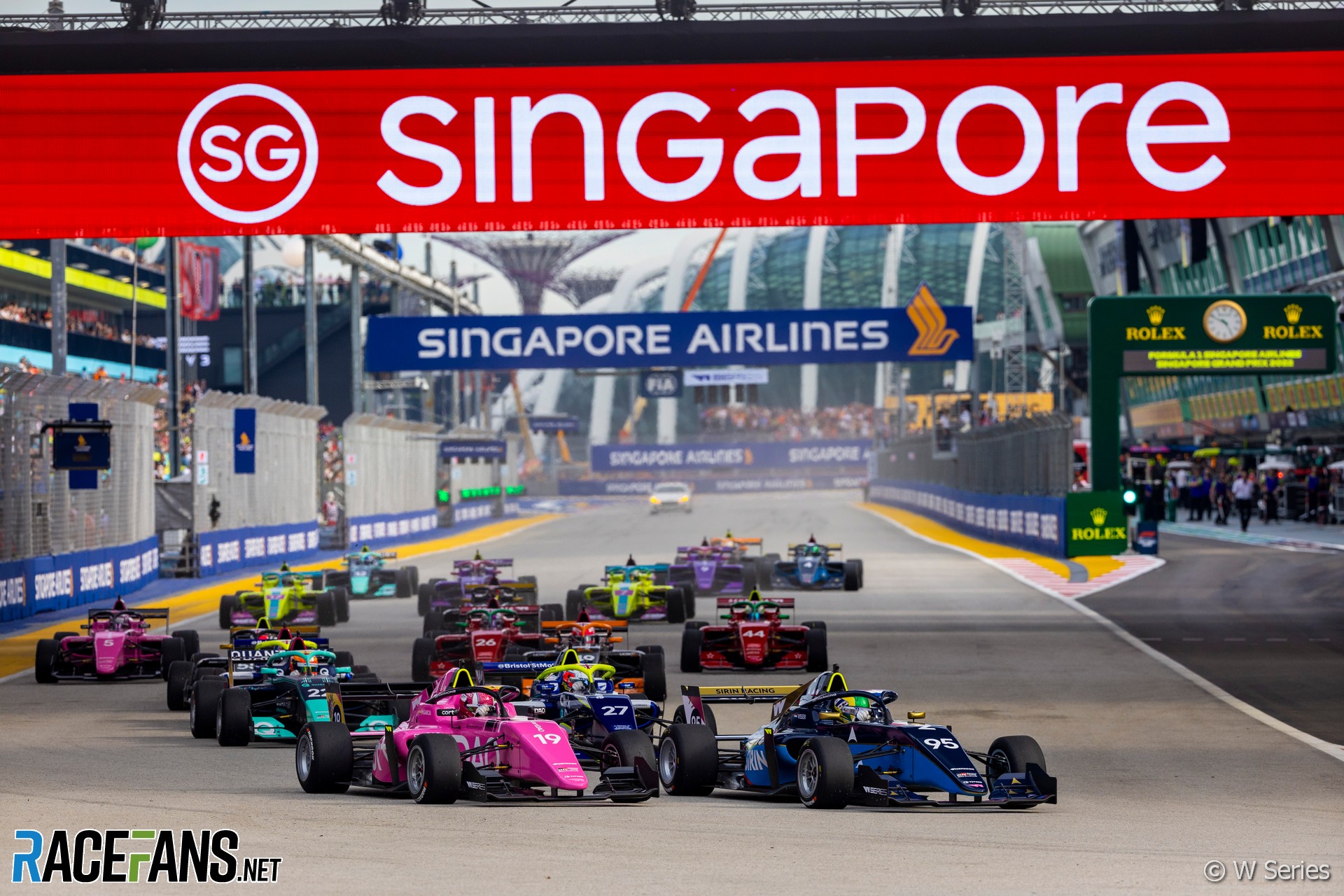 Red Bull team principal Christian Horner has said it “would be a massive shame if we lost W Series”, after reports of the all-female series’ potential demise.

News of the the centrally-run championship’s financial difficulties broke ahead of its Singapore round last weekend. W Series operated with a reduced crew as it made its first visit to Asia, supporting Formula 1.

Its CEO Catherine Bond Muir admitted the series faces a “cash shortfall” as promised income from an investor had failed to materialise. She said the championship will know by the end of next week whether its final rounds at Circuit of the Americas in the USA and Autodromo Hermanos Rodriguez in Mexico will be able to go ahead.

Horner said the championship, which is racing on F1’s support bill for the second time this year, has played an important role in encouraging more women to pursue careers in motorsport.

“It would be a massive shame if we lost W Series,” he said. “I think it’s been a great thing to get girls racing and a championship that spoke to women. So it would be hugely disappointing if it were to disappear.

“Hopefully that won’t be the case. I think there’s an awful lot of interest in more diversity, not just within F1, but within motorsport. And I think the W Series has been a really positive advocate of that.

“So hopefully a sensible solution can be found for the future and it’s something we continue to follow with great interest.”

McLaren’s Andreas Seidl said he has only seen “rumours in the media” about the problems W Series has faced. “[But] for sure F1, we all as an F1 community, have an obligation to make sure that we keep supporting the junior categories,” he said.

W Series began as a Europe-based championship in 2019, but upon its return to action last year added a flyaway round at Circuit of the Americas as it moved onto the F1 support bill.

Having held a single round outside Europe in 2021, half of W Series’ eight race weekends this year are ‘fly-aways’, increasing their freight costs. The season opened in Miami in May. It was originally due to support this weekend’s Japanese Grand Prix, before swapping that evet for Singapore.

If the season does not continue Jamie Chadwick will win the championship for a third time. She holds a 50-point lead over closest rival Beitske Visster.