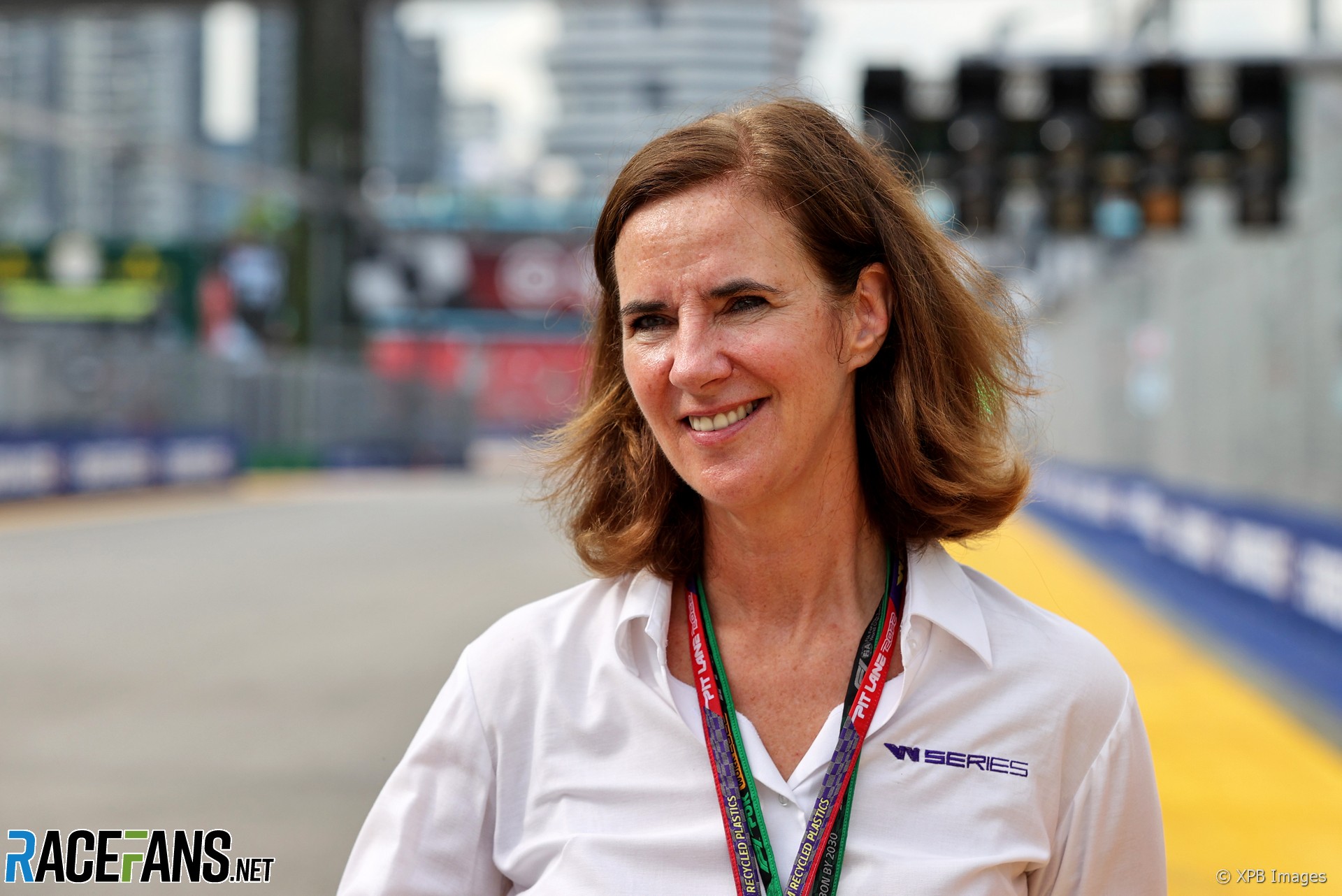 W Series CEO Catherine Bond Muir says that the championship has until “the end of next week” to secure financial support that will allow it to finish this season as planned.

Prior to last weekend’s round in Singapore supporting Formula 1, reports surfaced suggesting that the all-woman single-seater series was in financial strife. In an interview with the BBC, Bond Muir confirmed the championship’s ability to race at the United States Grand Prix in Austin later this month could not be guaranteed.

“We’ve hit some financial problems in the last couple of weeks because we thought that an investor was going to honour a contract that they had written,” Bond Muir explained. “Unfortunately, that isn’t the case, which has left us with a cash shortfall.

“There are lots of factors that are adversely affecting us in the global financial climate. Getting to Austin has become increasingly difficult because obviously we budgeted in US dollars a year ago and because of the devaluation of the pound, we’ve hit increasing problems because of that.”

Asked whether there was a deadline to confirm if the series would be able to race in Austin as planned, Bond Muir said the championship would have to cancel plans to race if their financial situation did not improve “towards the end of next week”.

“We do have certain deadlines on confirming a whole variety of costs,” she explained. “So I’m working night and day in Singapore to make that happen. And let’s see where the next few days leads us.”

Despite W Series’ difficult financial situation, Bond Muir says she is still “very optimistic” that a financial rescue package would emerge for the championship and the championship will continue to help develop drivers into the future.

“Where I sit now at the moment, given this inbound interest – and literally, as I was walking across to speak, someone else grabbed me and pushed a card of someone who interested – we are running a process at the moment,” Bond Muir said.

“I remain very optimistic that we are going to be around next year and we are going to continue supporting women in motorsport. At some point in the future we hope a W Series driver will get into Formula 1.