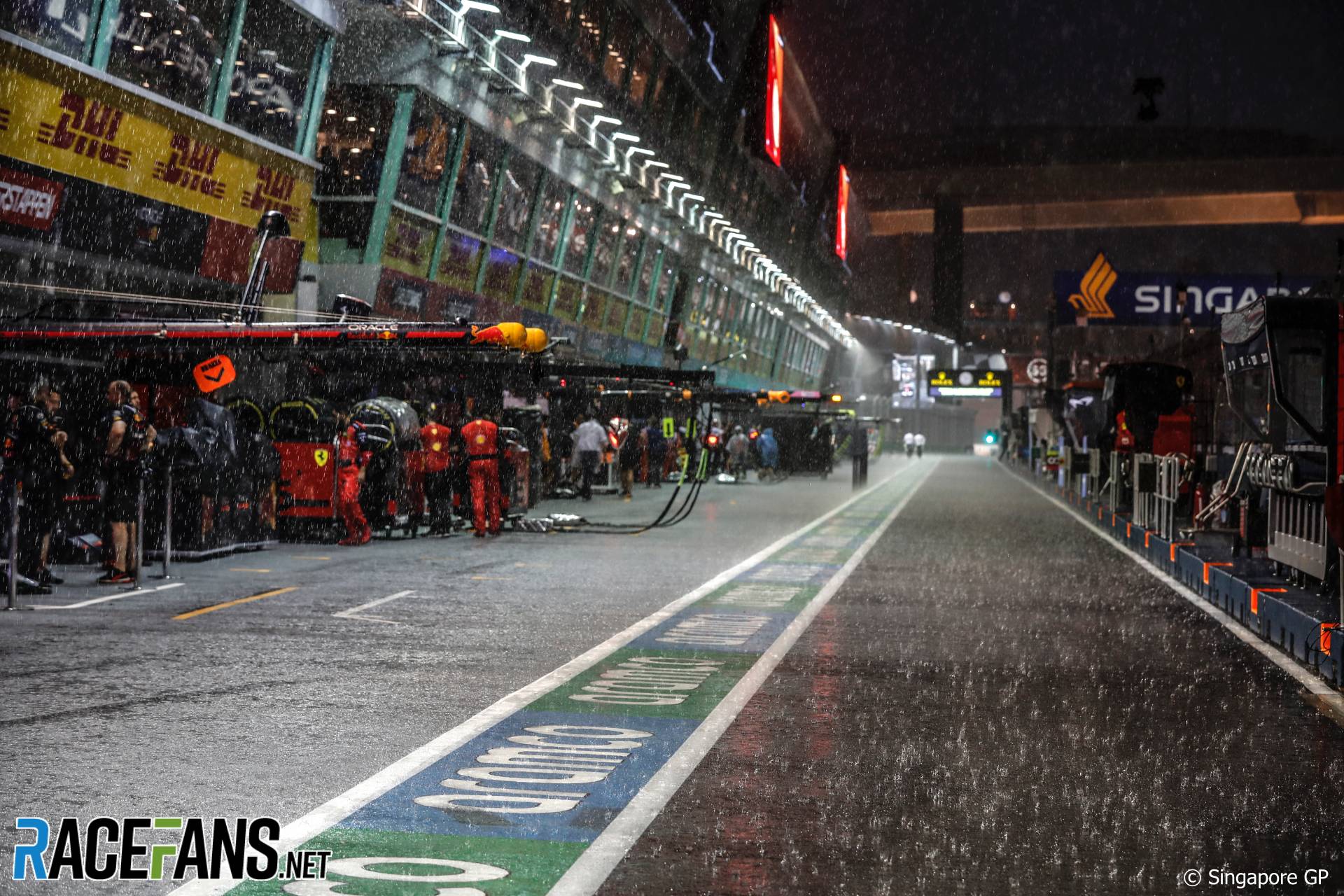 Heavy rain in Singapore has forced a delay to the start of today’s Formula 1 race at the Marina Bay circuit.

Conditions were dry at the circuit when the drivers’ parade lap took place at 6pm local time, two hours before the scheduled start. But rain began to fall soon afterwards, which increased in intensity, leaving the track awash.

After waiting for the rain to ease, race control announced a new starting time of 9:05pm. The starting procedure will begin at 8:05pm and the pit lane will be open for cars to head to the track from 8:25pm to 8:35pm.

The maximum three-hour time limit within which the race must take place begins once the start is given.

The W Series support race took place at the track earlier today in dry conditions. Its qualifying session yesterday was disrupted by rain, which also led to F1 qualifying taking place on a wet track.

This is the second time this season the start of a race has been delayed due to rain. The Monaco Grand Prix in May was also disrupted by a pre-race downpour. Then as today, Eduardo Freitas is taking his turn as FIA F1 race director.