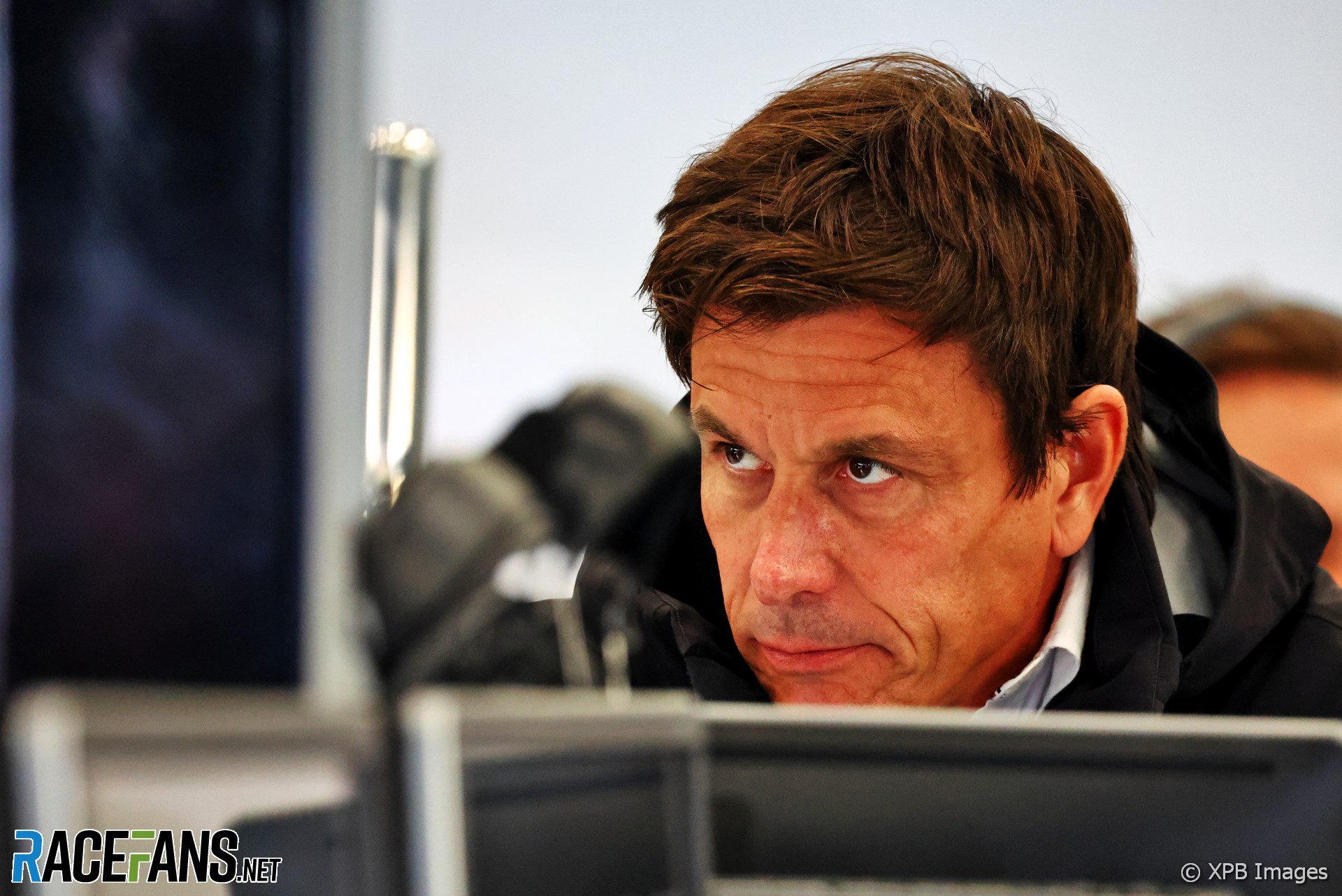 One Formula 1 team was “massively over” the budget cap when it was introduced last year, according to Mercedes team principal Toto Wolff.

Two F1 teams are potentially in violation of the regulations which imposed a $145 million limit, with some exceptions, on their spending last year. Red Bull is believed to be one of them, but their team principal Christian Horner insisted today their spending did not exceed the cap.

Wolff said it was “funny that Christian says that because it’s been weeks and months they’re being investigated, so maybe he doesn’t speak to his CFO [chief financial officer]. As a matter of fact all of us have been investigated, diligently.”

He believes one team has significantly over-spent. “As far as we understand there’s a team in minor breach, which is more procedural, and another than another team that is fundamentally and massively over and that is that is being still looked at,” he told Sky. “So that’s an open secret in the paddock.”

The FIA is assessing teams’ compliance with the spending limit during 2021. However Wolff pointed out any advantage gained that year could have carried over into subsequent seasons, as Red Bull would have developed their current car last year.

“There’s a governance in place that is very solid that the FIA have set up and this is you’re going to be issued a certificate of compliance and then if you’re not compliant, it goes goes to the cost cap adjudication panel with independent judges and they can then choose from these penalties, the appropriate ones.

He referred to rumours Red Bull, whose RB18 is already the class of the field, have had sufficient resources to develop a lighter version of their car. “If it’s true that they’ve homologated a lightweight chassis this year, they may use it the next year. So it’s a really a cascade of events that can be influential in all of the three championships.”

A team that exceeds the spending limit by less than 5% is considering to have committed a “minor” breach under the rules. Wolff said the FIA must consider the scale of advantage a team may have gained by exceeding the cost cap and impose a penalty which is enough of a deterrent to prevent teams repeatedly over-spending by that amount.

“I think it would be important to have a certain degree of transparency [about] where the alleged breaches have happened or the alleged misinterpretations in order for us to assess. Because you need to imagine even if it’s the so-called minor breach that can be below 5%, you can spend 7 million more than everybody else and that means if this is a light penalty, we will be all pushing that 5% more going forward.”

Red Bull driver Max Verstappen won the world championship by eight points from Mercedes’ Lewis Hamilton last year. Confiscation of points is among the wide range of possible penalties with could be imposed on a team which overspent, including fines.

Wolff said “it’s not up to me to judge, that’s not realistic, for me to judge what the penalties could be. The judges have all that scope to analyse, but I wouldn’t want to be in that position because of the impact it had over three years.”

Horner accused other teams of stirring up speculation over the budget cap. “There’s an awful lot of rumours and gossip, we know where most of that permeates from,” he said.

“[The FIA] haven’t issued certificates of compliance to anybody yet. There’s a lot of conjecture about Red Bull but that could well be about four or five teams in the pit lane.”