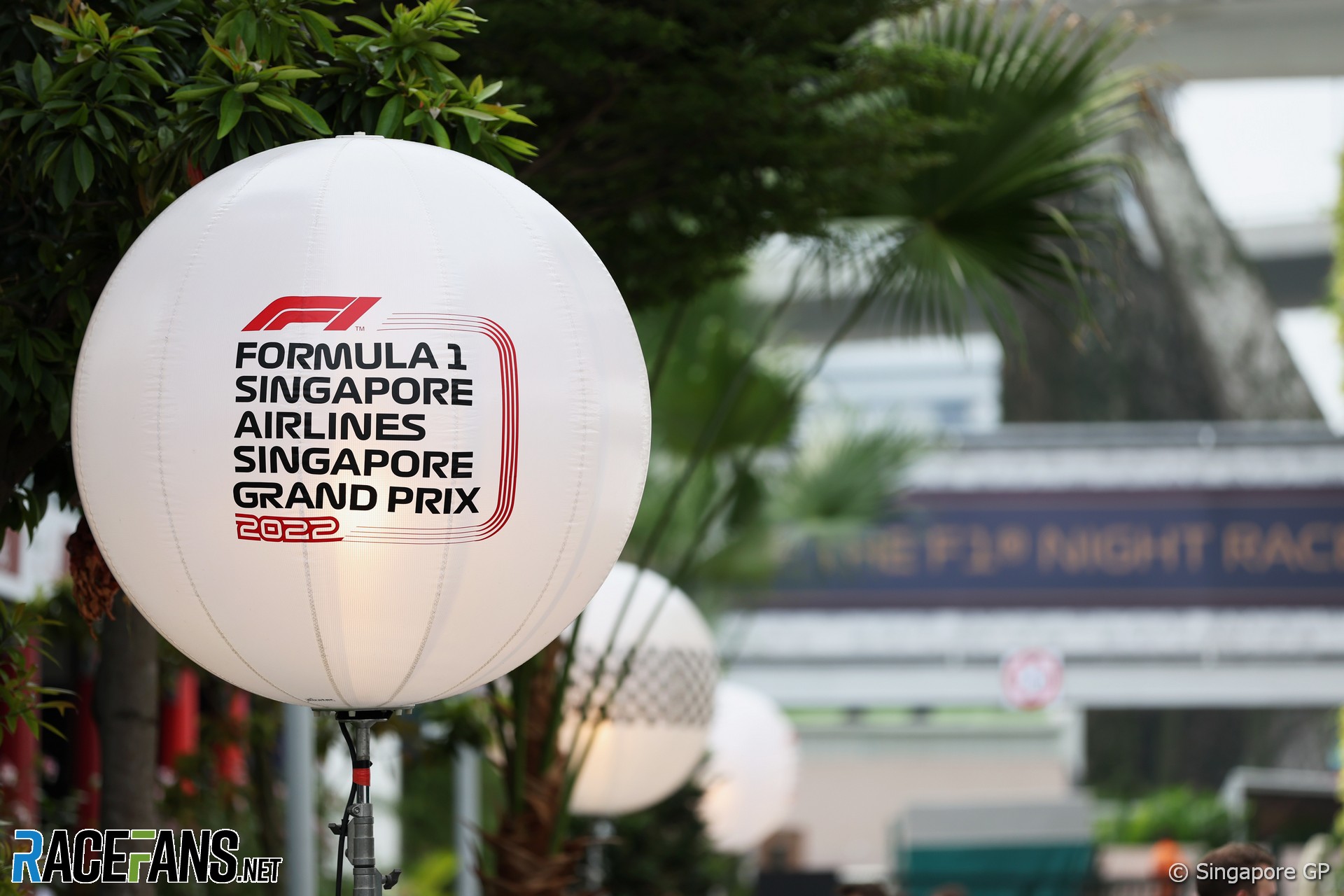 It is almost certain that there will be rain over the Singapore Grand Prix weekend, but Formula 1’s competitive sessions may avoid it.

Friday afternoon has a 50% chance of thundery showers, with the first practice session beginning at 6pm once the rainy weather is set to clear. However there’s still a 40% estimation that rain could return by then, with air temperature expected to be 29C.

Three hours later, the cars take to the track again for second practice, and with only a slight temperature dip to 28C. Rain is still possible, but looks unlikely for the first bit of on-track action under the spotlights.

The weather is set to follow a similar pattern for Saturday, with temperatures being the same as the day before and with rain at its most likely in the early afternoon and therefore long before F1 hits the track for third practice session at 6pm. Any standing water could also be cleared by the two support series running beforehand.

But the forecasts indicate the race will start on a wet track, as was the case for the 2017 edition of the grand prix. From 6am to 7pm there is a consistent expectation of rain, although it dips to a 45% chance of precipitation at 8pm when the race begins.

New asphalt has been laid down for this year’s grand prix which is intended to reduce the chance of puddles forming on track, meaning if the rain has stopped by the time racing gets underway, then standing water should not be a concern. Temperatures will once again be around 28C to 29C through the night, with the chance of rain increasing just as the grand prix comes to its expected end at 10pm local time.

Pirelli has brought its softest tyre compounds to Singapore by Pirelli and tyre warm-up should not be a concern given how high the ambient temperatures will be.

For more updates on the track conditions during each session keep an eye on RaceFans Live and the RaceFans Twitter account.

2 comments on “Rain expected during Singapore GP weekend, but F1’s sessions may avoid it”