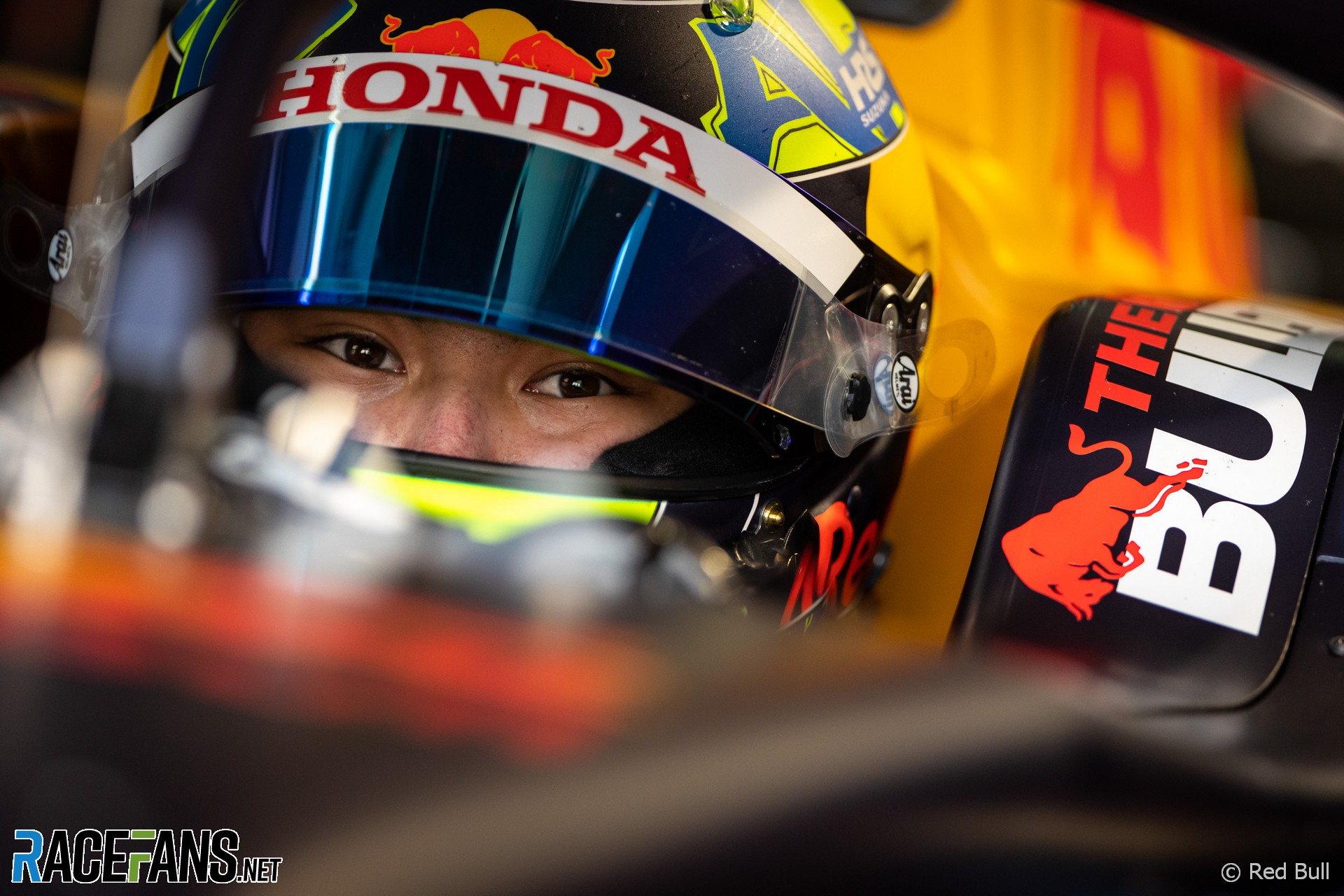 In the round-up: Red Bull team principal Christian Horner gives his verdict on his current roster of junior drivers.

With one round of the Formula 2 season to go, Jehan Daruvala is the only Red Bull junior still in contention to finish runner-up in the championship. However it’s a driver further down the standings that has impressed Red Bull’s team principal Christian Horner the most, and one above him who’s underdelivered.

Horner shared his thoughts about his junior drivers on F1’s Beyond the Grid podcast, starting when he was asked if the Red Bull Junior Team is in good shape right now.

“Yeah it is,” he replied. “We are continuing to invest in youth. We’ve got some great youngsters in the programme, all the way from karting or stepping into Formula 4 for now, upwards. And I think it’s something that Red Bull have done so well, is giving giving these kids a chance, investing in young talent and and giving opportunities that otherwise they wouldn’t have had.

“There’s a few guys [to look out for]. I mean, Isaac Hadjar in Formula 3 this year has had a great debut season. I think [Ayumu] Iwasa in in F2 has been a standout driver for me. So they’re just two of the guys, on the programme. Liam Lawson’s had a tough year, but he’s another talent. Dennis Hauger has been a bit underwhelming in F2 after such a dominant year in F3, but again how much of that is him? How much of it is his equipment?”

Iwasa is currently ninth in the F2 points, and has a race win and a pole position from his rookie season, while Lawson sits seventh with three wins and Hauger is 11th with two victories. Ahead of all three is Daruvala, who is fifth in the standings and has tested a McLaren F1 car this year.

Ayla Agren has been announced as the replacement for the injured Tereza Babickova for the next W Series race in Singapore.

Babickova was diagnosed with a spinal injury following a spin at the Red Bull Ring in her first Formula Regional European Championship race earlier this month, and it ruled the single-seater rookie out of a private Formula 3 test and this weekend’s W Series action.

Agren, the 2014 F1600 Championship Series champion and a former USF2000 racer, contested all but one of last year’s W Series races as a major qualifying crash at Spa-Francorchamps left her hospitalised and meant she had to miss the race. She went on to finish 17th in the championship with two points finishes, and for 2022 was moved into a reserve driver role.

Noah Stromsted, the Danish wonderkid who won nine races in Formula 4 last year at the age of 14, will make a highly anticipated first appearance in Spanish F4 this weekend.

Campos Racing has signed Stromsted for the last two rounds of the season. He was unable to compete in the first four rounds as he was yet to reach the minimum competing age of 15. Since his remarkable rookie Danish F4 season, where he also had to miss races as he waited to turn 14, he has tested extensively with Campos and also with R-ace GP in Italy.

Current FIA rules means Stromsted will not be eligible to score points towards an F1 superlicence this year due to competing in F4 aged 14.

'When the Singapore Grand Prix returns to the Marina Bay circuit, the pit building will be fully powered by carbon-neutral sources of energy. The grandstands, most of the hospitality suites, as well as the food and beverage and activity areas in Zone 1 on the circuit will be powered by clean energy through the purchase of renewable energy certificates.'

On site: This is how Audi is preparing for F1 entry in 2026 (Motorsport Magazin - German)

Audi's F1 project is being built in Neuburg an der Donau, not far from the headquarters in Ingolstadt.

'Sprint races, grid penalties, crossing the finish line under the safety car, VSC phases and DRS trains: there are still many weaknesses in F1 that damage the show. Those responsible want to work to ensure that fans get the maximum value for their money.'

'The Team USA Scholarship is proud to confirm that three young American drivers will represent their nation in the prestigious Formula Ford Festival and Walter Hayes Trophy events in England this fall with Ammonite Motorsport following a two-day shootout.'

'Novalak's team-mate Felipe Drugovich has scored 201 more points and been crowned champion, and his F3 rivals have won several F2 races already. A lack of qualifying form has held back Novalak so far.'

'Zane Maloney, who finished second in the FIA Formula 3 Championship which ended at Monza in Italy two weeks ago, will race at the Frankie Boodram Wallerfield International Raceway in Trinidad & Tobago for the first time next month.'

There's a handful of positive responses to @F1's announcement of six sprint races, but the vast majority look like this.

The @FIA's press release says: "Sprint sessions, which were first introduced in 2021, have been a popular update to the Formula 1 weekend format." pic.twitter.com/RxqyypmyWV

There were many doubters when Alfa Romeo announced Zhou Guanyu as one of their drivers for 2022, but the rookie has performed strongly enough to retain his F1 seat for a second season.

While he was outperformed by less experience drivers in F2 who missed out on an F1 graduation, Zhou’s long junior single-seater career may ultimately have made him the most appropiate candidate to get the seat he did land, and why he’s now staying in it for 2023.

I know it’s something that’s only really available to heavily-sponsored drivers, but Zhou is testament to how spending more than 1-2 years in F2 benefits a driver’s reliability. He’s been a very steady pair of hands straight out of the box, and it’s telling that the team are pleased with him so far.Ciaran