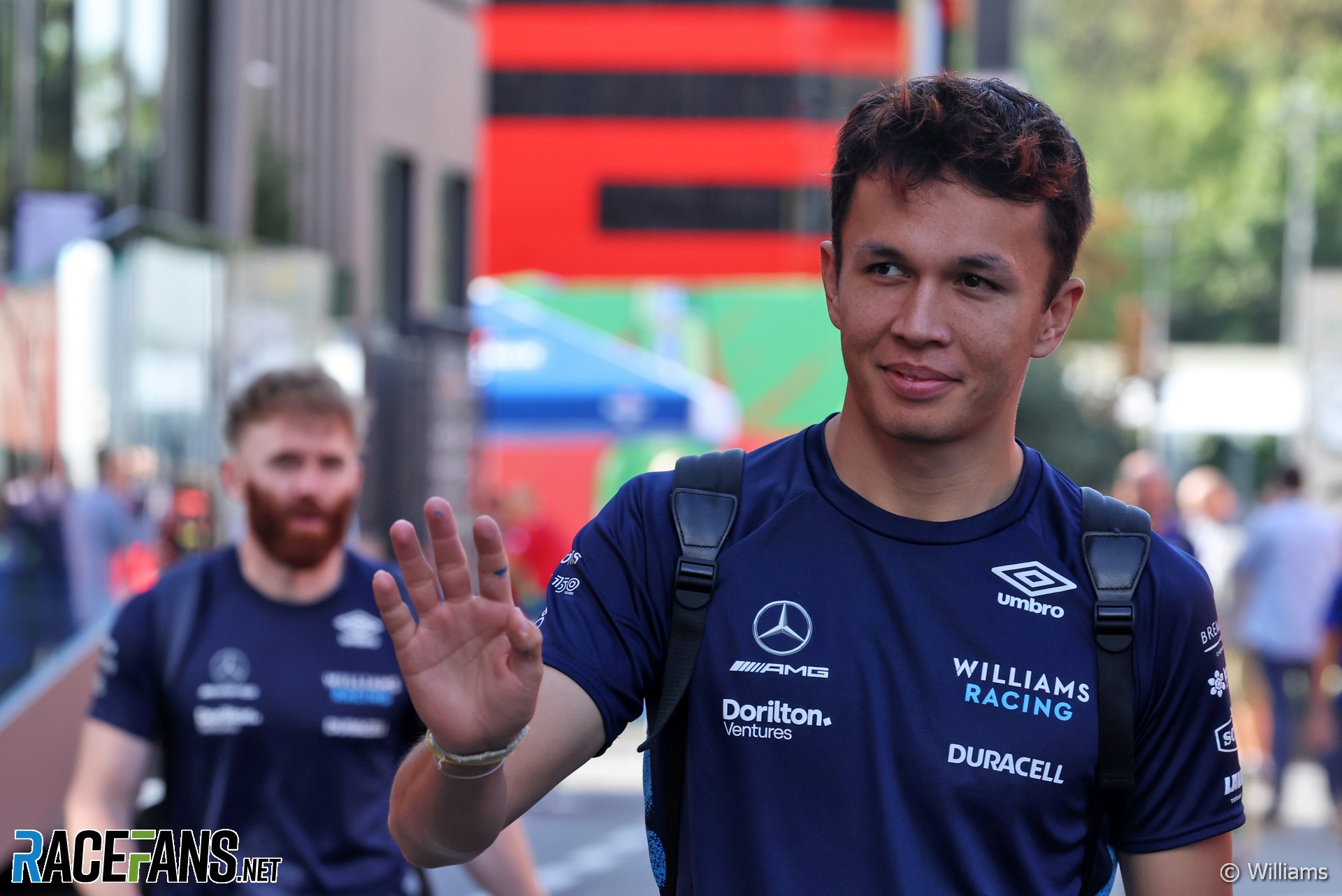 Williams have confirmed Alexander Albon will return to the cockpit of his FW44 at this weekend’s Singapore Grand Prix, after missing the Italian Grand Prix due to appendicitis.

Albon took part in the Friday free practice sessions at Monza before withdrawing from the event as he was struck down by appendicitis. Nyck de Vries took his place for the next two days and impressed by finishing ninth from eighth on the grid on his Formula 1 debut.

Meanwhile Albon was hospitalised and underwent surgery on Saturday. The team later confirmed he experienced “respiratory failure” afterwards which meant he then had to be moved to an intensive care unit in the Monza hospital where he was being treated.

Albon recovered quickly and was soon back in touch with his fans on social media. And after travelling back to the United Kingdom the next week he began his recovery with the target of being fit enough for the Singapore GP two-and-a-half weeks later.

“Firstly, I’d just like to thank everyone for all their messages and support over the Italian GP weekend,” said Albon.

He acknowledged the punishing Singapore circuit and hot conditions will make his return more challenging. “My preparation for Singapore has been a little different than normal but I’m feeling good and I’ve done everything possible to get ready for one of the most physical races on the calendar,” he said.

“I am not underestimating how big of a challenge this is going to be, but I am looking forward to hitting the track on Friday and getting back driving.”

Albon has contested the Singapore Grand Prix once before, for Red Bull, starting and finishing sixth in 2019.

“It’s a great street circuit and the closest race to home for me in Thailand,” he said. “So I’m really excited to be here and to see the fans that have turned out.”

Williams’ promotional duties for the event have been carried out so far by Albon’s team mate Nicholas Latifi and Formula 2 racer Logan Sargeant, who is one of the team’s junior drivers.