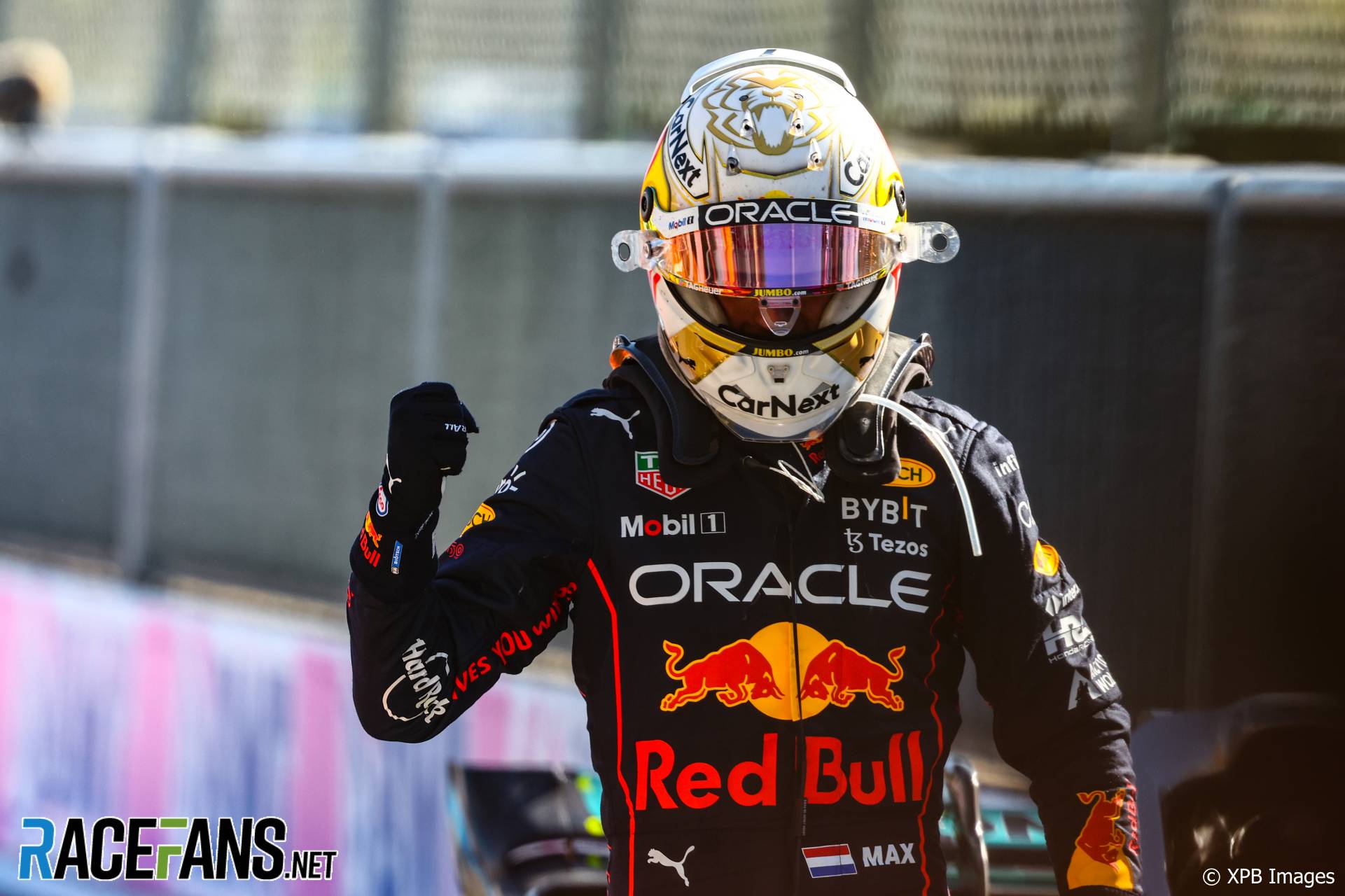 Max Verstappen can win the world championship at the next round, locking down his second title with five races to spare.

The Red Bull driver can only do this if he wins the Singapore Grand Prix. As he’s won 11 races so far this year, and the last five in a row, the chances seem good. He’s already in a position where no one can win more races than him, meaning he would clinch the title in the unlikely event of a tie on points.

However to end the title fight at the next race Verstappen also needs his championship rivals to finish far enough down the running order. That includes his team mate Sergio Perez and well as the driver closest to him in the points, Charles Leclerc.

There is another proviso: Full points must be awarded. F1’s points system was revised this year and smaller points hauls are now awarded if races are cut short. For example, if less than 75% of the distance is covered, 19 points are awarded for a win instead of the usual 25.

Given that, here’s what needs to happen for Verstappen to win the championship in Singapore:

The other finishing positions depend on which driver sets fastest lap. If Verstappen sets the fastest lap:

If Verstappen does not set the fastest lap:

If none of those conditions are met, the championship will remain undecided. However such is the scale of Verstappen’s lead, he is virtually assured of taking a second title this year.

The constructors championship cannot be decided at the next race.

Although Red Bull hold a commanding, 139-point lead over Ferrari in the constructors’ championship, they’re not far enough ahead to be able to clinch the title at the next race weekend.