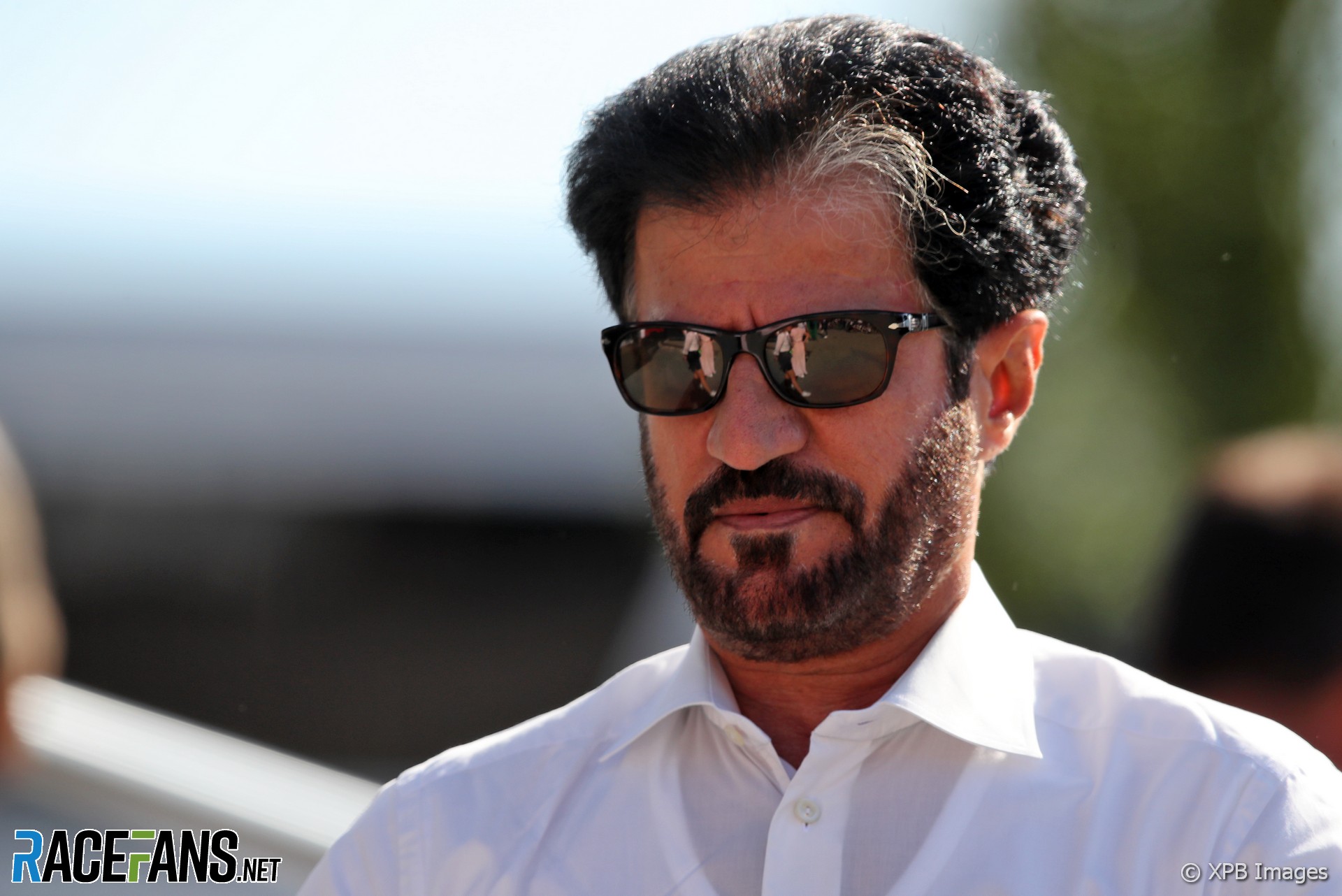 The FIA will discuss improvements to Formula 1’s sporting standards in a summit tomorrow, which the sport’s governing body says is the first of its kind for almost 10 years.

FIA president Mohammed Ben Sulayem will chair the meeting. Ben Sulayem, who replaced Jean Todt in the role at the end of last year, has held talks with several drivers on the subject during the Italian Grand Prix weekend.

He will meet with race officials and F1 team managers tomorrow “to discuss a range of sporting matters”, said the FIA in a statement.

“It is the first meeting of this type since 2013 and is part of the president’s ongoing mission to improve the standards of the sport, bringing together drivers, teams, stewards, officials in a collaborative way,” the statement added. “This meeting will form part of a series of consultations that will continue to shape the future direction of the sport under the guidance of the FIA president.”

The policing of the sport became a focus of concern after the controversial conclusion to last year’s world championship. FIA F1 race director Michael Masi lost his job after the governing body determined he failed to follow its rules in organising a last-lap restart which swung the outcome of the title fight between Max Verstappen and Lewis Hamilton.

The controversy prompted changes beyond Masi’s replacement including the creation of the FIA’s Remote Operations Centre (ROC) which provides support its trackside team during race weekends. Herbie Blash was appointed as a permanent senior advisor to the two new race directors, Niels Wittich and Eduardo Freitas.

However various sporting issues continue to provoke debate in F1. Drivers have raised concerns over the policing of track limits and the consistency of decisions taken by stewards. Several yesterday admitted they were unsure where they would start today’s race after a spate of penalties, mostly for power unit parts changes, were announced. The FIA’s superlicence points system, under which junior drivers qualify to participate in the series, has also come under criticism.

The FIA has not indicated what topics may be discussed at the meeting. However, it will present examples of how its ROC has contributed to the running of races this year.

“The ROC provides an additional resource for the FIA to thoroughly replay and review aspects of the competition and the decisions made in order to refine and improve procedures for the future,” the statement added. “It does not have any regulatory power and cannot be used to reassess or alter past decisions.”

Hamilton praised the work Ben Sulayem has done since taking charge of the FIA. “It’s not an easy role for anyone,” he said. “I think it takes time to get into a role and build all the relationships and also to implement change.

“But I think the most important thing for right now is the drivers, we’re trying to build that connection with the drivers, all of us, the GPDA, we’re all united, and we want to help make the racing better. We want to help the FIA, and Mohammed has been really open with that.

“So we’re just going to continue to work on that communication. I’m in touch with him quite a lot, we actually speak quite a bit. He’s very driven, he’s competitive, he used to race himself so he has a competitor sort-of mindset. And he’s also very keen on diversity, and really pushing for future change. He wants to collaborate with us all on that. So I’m quite happy with it.”