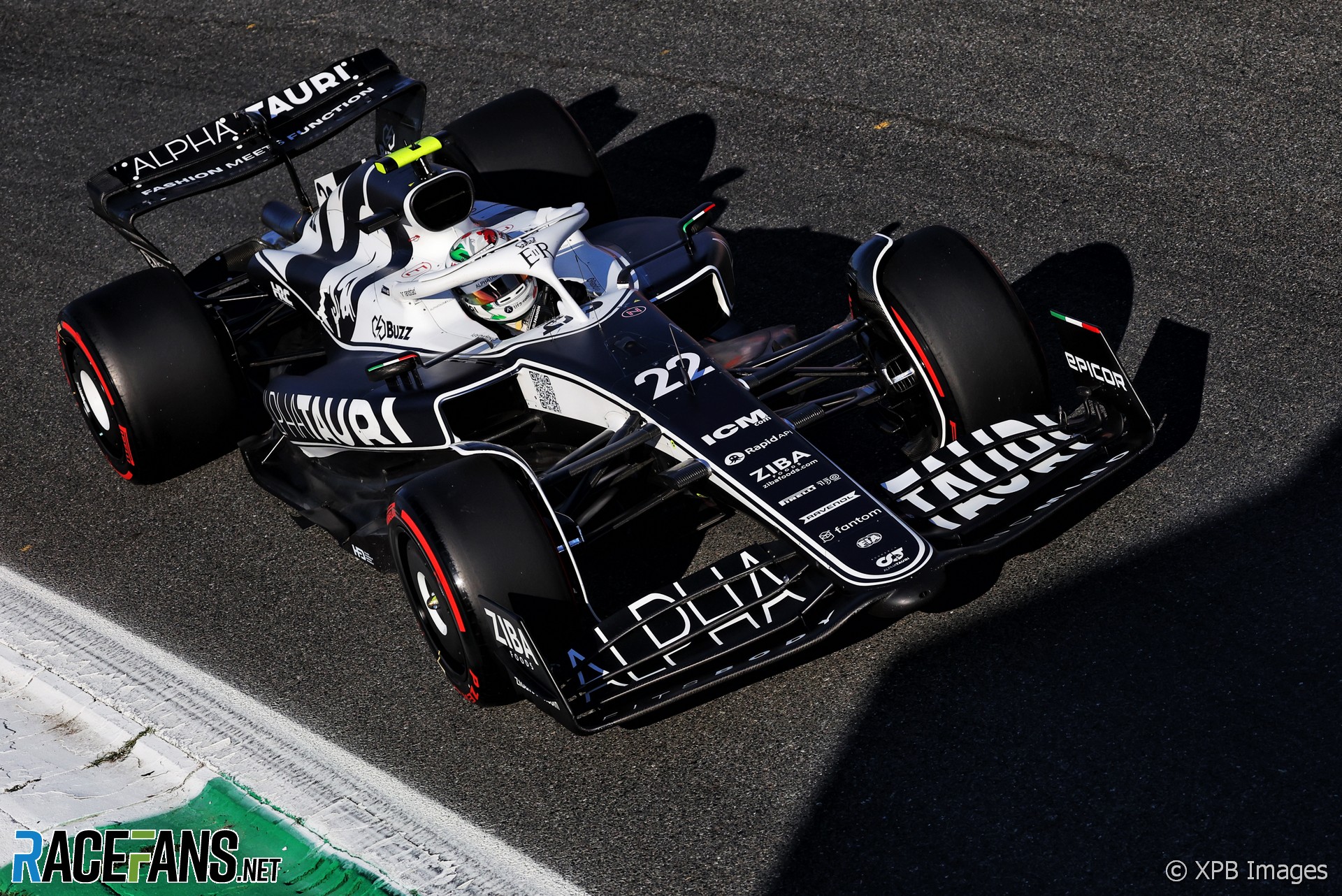 Yuki Tsunoda been handed a three place grid penalty by the Italian Grand Prix stewards for failing to slow down under yellow flags during practice.

The AlphaTauri driver was placed under investigation by the stewards after appearing to not slow down when passing yellow flags for Mick Schumacher’s stationary Haas on the approach to the first Lesmo midway through the second Friday practice session.

After reviewing Tsunoda’s telemetry from the incident, the stewards determined that he had failed to sufficiently reduce his speed when passing the yellow flag zone on the exit of the Roggia chicane and have handed him a three place grid drop for Sunday’s race.

With the penalty, Tsunoda has also been handed two penalty points on his superlicence, bringing him to a total of eight penalty points in the last 12 months. That leaves the second-year driver just four away from a one-race ban, however he does have two points set to expire before the end of the championship, with two points being erased from his tally on 11th November, during Friday practice for the Brazilian Grand Prix.

Tsunoda’s grid penalty is academic as he is already set to start at the back of the grid after taking a sixth power unit ahead of this weekend’s running. He was already due to start 10 places back from where he qualified before his engine penalty, after receiving yet another penalty for receiving a fifth reprimand from the Dutch Grand Prix stewards last weekend after driving with loosened seat belts.