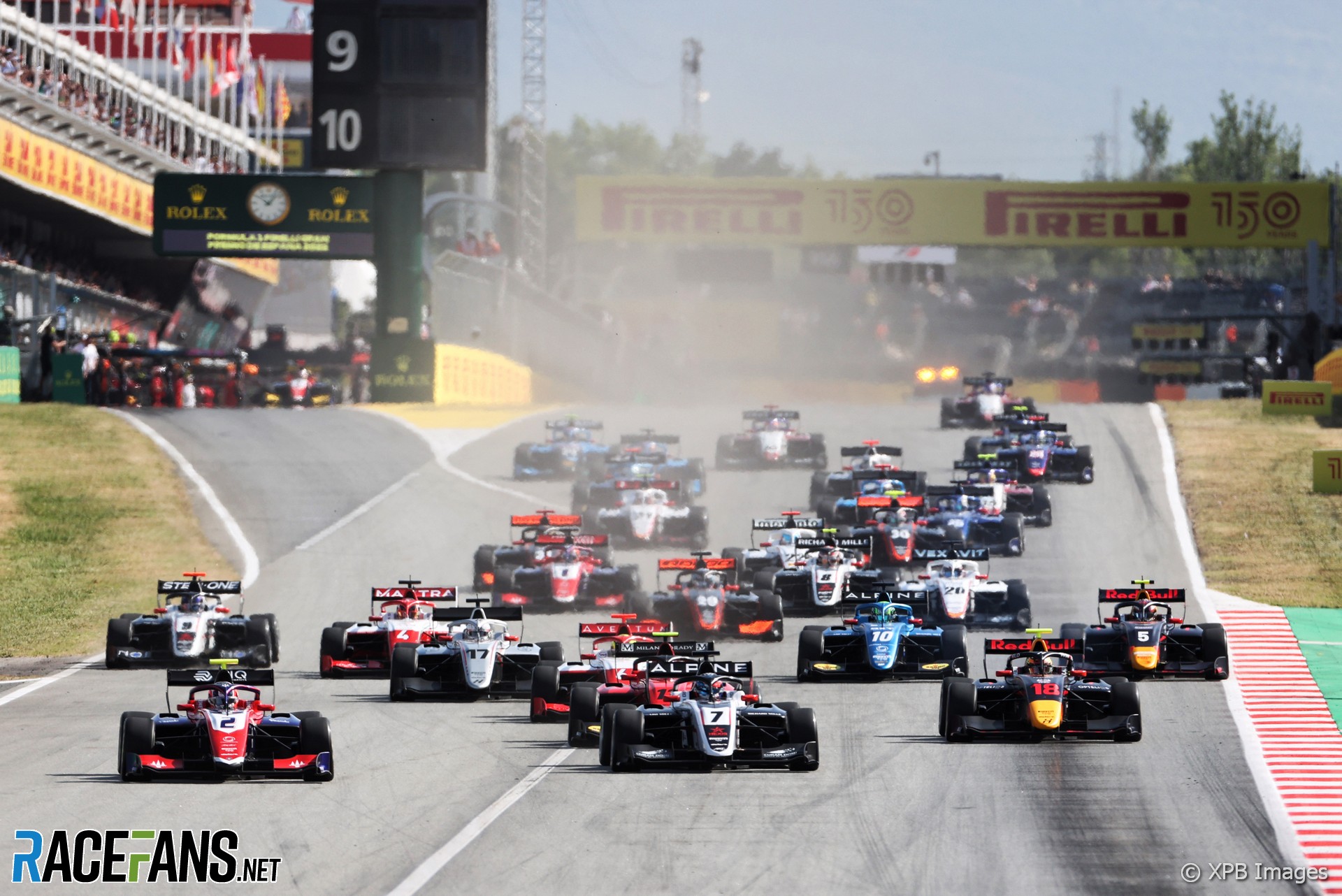 The fourth season of the FIA Formula 3 Championship concludes at Monza this weekend and it promises to be one of its most wide-open title deciders yet.

Seven drivers from four teams are all in contention to be champion, including junior drivers from three different Formula 1 outfits: Alpine, Ferrari and Red Bull.

With so much at stake for so many drivers, it will be a treat for those on-track and the fans watching that the title decider is taking place at Monza, the best place for racing F3 visits. While there may be DRS passes aplenty, there is also lots of action through Curva Grande and into the della Roggia chicane, then also particularly exiting the second Lesmo as drivers with DRS available to them seek to make passes before activating it so they can then escape being passed back before Ascari.

There’s also usually drama in qualifying when F3 comes to Italy, with drivers slowing dramatically on the run to the final corner in an attempt to get uninterrupted track ahead of them. It not only causes close shaves during the qualifying session but leads to a lot of stewards’ room activity that can create a shaken-up grid for Saturday. And when the fastest drivers try to come from further back in the field they then get involved in the kind of midfield madness that leads to more trips to the stewards.

Qualifying is the most important session of the weekend because it sets the grid for both races and delivers two points to the fastest qualifier. For Saturday’s sprint race, the top 12 in the qualifying results is flipped for the grid. This, combined with the fact it is shorter than Sunday’s feature race, means less points are available and the winner takes home 10 with the positions behind each rewarding one less point until you get down to a single point for finishing 10th.

The F1 system is used on Sunday, and with a point for fastest lap also on offer in the sprint race it means that a maximum of 39 points can be scored this weekend. The recipe is being written to set up a spectacular weekend of action that truly anyone can come out on top of, and will be well worth watching live for those with access to the pay-to-view providers that show F3. So who are the contenders?

He has rarely had the fastest car this year, yet Martins heads to the final round as points leader so he is clearly doing something right. But two wins came in the first three rounds, when his ART Grand Prix team was at its most competitive, and two feature race podiums are his only top-five finishes in the past nine races.

A lack of qualifying pace has held Martins back sometimes, which was particularly so at Spa-Francorchamps. At another low-downforce track he may not be brimming with confidence that he will be contending for pole, but at least there’s opportunities to gain places, and it’s entirely conceivable that the Alpine junior will still be points leader when lining up for Sunday’s feature race.

Red Bull has already settled on moving F3 rookie Hadjar up to Formula 2 next year, so winning the title isn’t the be-all-and-end-all for the teenager.

He’s best-placed to usurp Martins, and is the more exciting of the two Frenchmen when it comes to watching them on-track. Hadjar hasn’t made the podium in the last three rounds, and also suffered with a lowly qualifying result at Spa, but past form isn’t to suggest he and Martins are likely to have similar weekends at Monza.

Having never been in a title-fighting position before in cars, Hadjar will be new to the pressure this weekend that Martins is more than accustomed to, so it may be mental fortitude that’s key to Hadjar and Hitech GP’s hopes.

Like Martins, there’s a strong argument that with a little more career stability there has been more than enough on show to say that Stanek should be in F2 already.

He relaunched his title challenge with two second places at Spa, having won earlier in the season at Imola – a track he always stars at – and finished second from pole at Barcelona.

Recently he has combined consistently being on the pace with not making race-ruining errors, so although his points haul hasn’t been as big as others he has scored more frequently than his rival title contenders.

One advantage that Stanek may have is that he was in FIA F3 when the series last raced at Monza in 2020. Could that make the difference this weekend?

The Ferrari junior was racing in Formula 4 last year, and he could soon be an F3 champion. Although he finished second on his debut, he had an otherwise quiet start to the season as he adapted to more powerful and downforce-laden machinery.

He seemed to unlock consistency at the same time as getting on top of the tricky Pirelli tyres and therefore improving his qualifying form, as he finished third in four consecutive feature races in summer and looked like he was going to home in on the title race’s top two until last weekend’s Zandvoort round where Prema had an awful event and Bearman failed to score.

Prema should be quick on home soil at Monza and Bearman should be in contention for podiums in both races. But Prema have had their drivers fight for FIA F3 honours many times before and it has often ended in clashes once they’re racing in Italy.

The surprise title contender who is on a late charge that could take him to the top. Maloney scored just 19 points in the first four rounds, but had scored 83 (more than anyone else by some way) in the four since.

He’s the only driver to have claimed more than one pole position this year, a critical part of success in FIA F3, and the only ever driver to win the feature race at successive events. Had he not spectacularly crashed out of the Spa sprint race, he would potentially be third in the standings right now.

If Maloney’s recent form continues, it could turn into a remarkable title for a driver who was 14th in the standings and 61 points from the top at the season’s halfway point.

This season has undoubtedly one of underperforming for Leclerc, but that’s not because his surname put great expectations on his second F3 season.

The Ferrari junior has established himself in his own right, and he had a lot to learn from last year’s rookie F3 campaign of big highs but also a low of lows. Sticking with Prema, arguably the best team in F3, should have helped him become a consistent frontrunner.

That happened at first and although Leclerc was top of the table after five races, only twice has he been able to score in both races in a weekend, and in the past four rounds has scored less than half of the points of his team mates. While mathematically in it, don’t expect Leclerc to become champion.

Although Prema is the only team to have all three of its drivers in title contention, and should win the teams’ title, it also has the weakest chance of making any of its drivers champion.

Like Leclerc, Crawford has not been at the front as frequently as expected in his second year and has basically been nowhere since claiming his first win in the Red Bull Ring sprint race. Remarkably he’s missed the Monza round in all the European series he previously raced in, so this will be a new track to him.

With the title a very distant dream, and the chance of returning to the American racing scene next year, expect Crawford to take more risks than anyone else with very little to lose. A big result would also be a timely reminder to his Red Bull backers of his abilities.