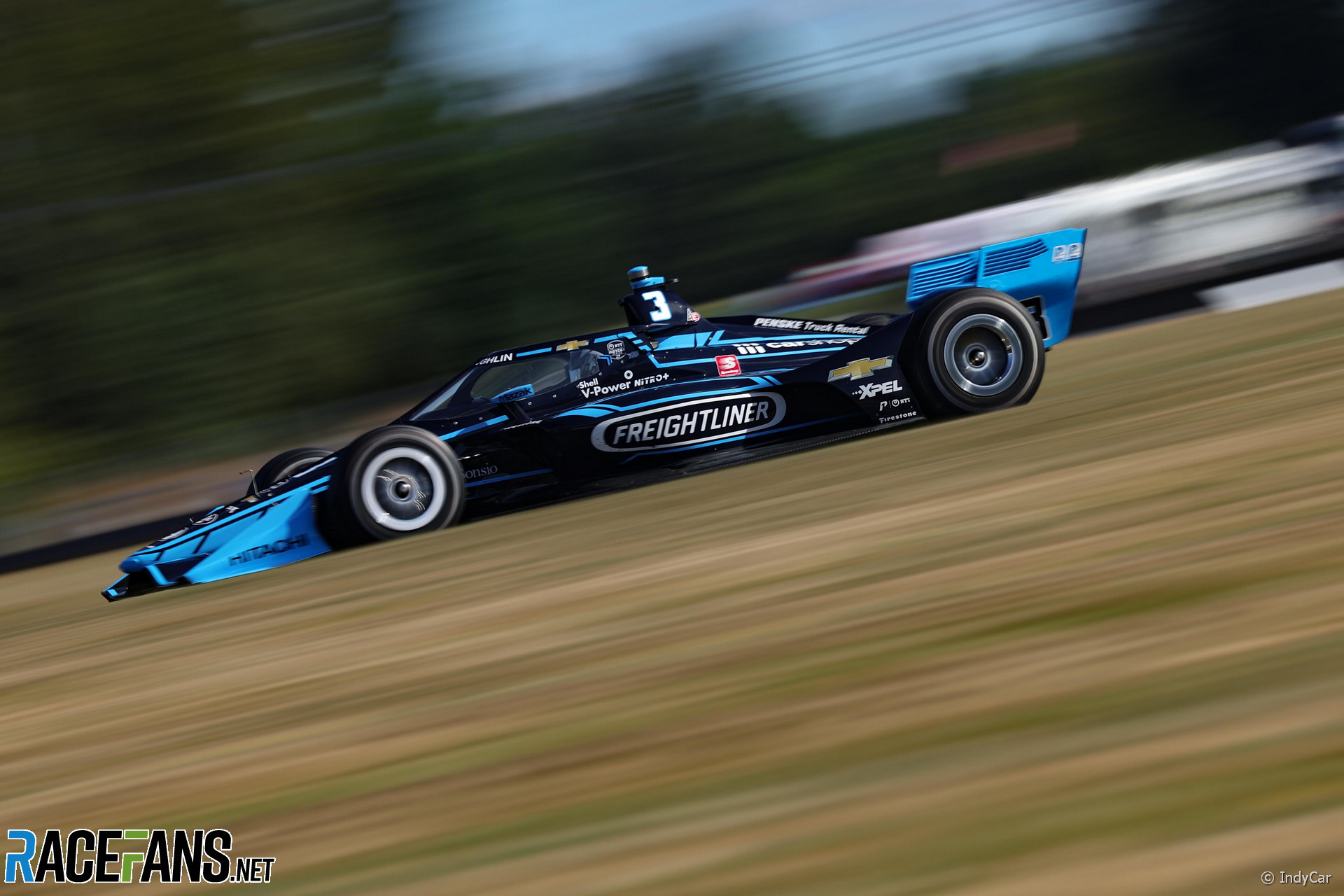 His 1.1-second margin of victory didn’t show it, but Scott McLaughlin drove a dominant race to win the IndyCar Grand Prix of Portland from pole position.

The only time McLaughlin ceded the top spot during the 110-lap race was during green flag pit stops. Otherwise, he led a total of 104 laps on the day, benefitting from prime track position around the tight and technical Portland International Raceway – as well as the quick work of his Penske pit crew.

McLaughlin’s third win of his breakthrough sophomore season ensures he retains an outside chance of winning the IndyCar championship next weekend at Laguna Seca.

Power just needs to finish on the podium next Sunday at Laguna Seca Raceway to guarantee his second IndyCar title, his first since 2014.

Starting on the primary compound tyres, Scott Dixon clawed his way from 16th on the grid after a lacklustre qualifying effort to stand on the podium. He finished the race on a fresh set of alternate compound tyres, and after the race’s lone full-course caution, made a fantastic restart that put him in the window for a strong result.

Pato O’Ward converted a similar strategy into fourth place, but the McLaren SP driver’s championship pursuit is over. Also eliminated from contention is the 2021 champion, Álex Palou, who finished 12th and had difficulty moving up the order – especially after finishing the race on the harder, primary compound tyres.

Graham Rahal finished fifth, recording his best result since Toronto. Amid a new, strong wave of speculation about a future in Formula 1, Colton Herta finished in sixth place, bringing him up to eighth in the championship. F1’s most recent American racer, Alexander Rossi, finished in seventh in his penultimate race for Andretti Autosport.

If Josef Newgarden cannot overcome his 20-point deficit to Power at Laguna Seca, he may well regret the decision to finish the race on the primary tyres on his final pit stop. Newgarden was running a comfortable fourth place even after his pit stop. But after the late-race caution caused when Rinus VeeKay pushed Jimmie Johnson into the wall at turn one, Newgarden – already at a tyre disadvantage to those around him – sank through the order on the ensuing restart, eventually consolidating eighth place.

Newgarden and Dixon are level on 503 points each, 20 behind Power, with Newgarden ahead by way of his five wins this season.

Callum Ilott recorded his second career top-ten finish in ninth, while Felix Rosenqvist completed the top ten, ahead of Marcus Ericsson – who moved up from 18th to 11th. Ericsson is now 39 points behind points leader Power, and McLaughlin is 41 points back.

There was also a dramatic late-race development in the Rookie of the Year battle between Christian Lundgaard and David Malukas. Lundgaard ran inside the top ten all afternoon, but after an ill-fated lunge up the inside of Rossi at turn one, he collected a trackside advertising hoarding and had to pit so his RLL team could remove it.

That dropped Lundgaard to 21st, with Malukas in 14th. The two drivers are now separated by just five points headed into the finale at Laguna Seca Raceway next weekend.