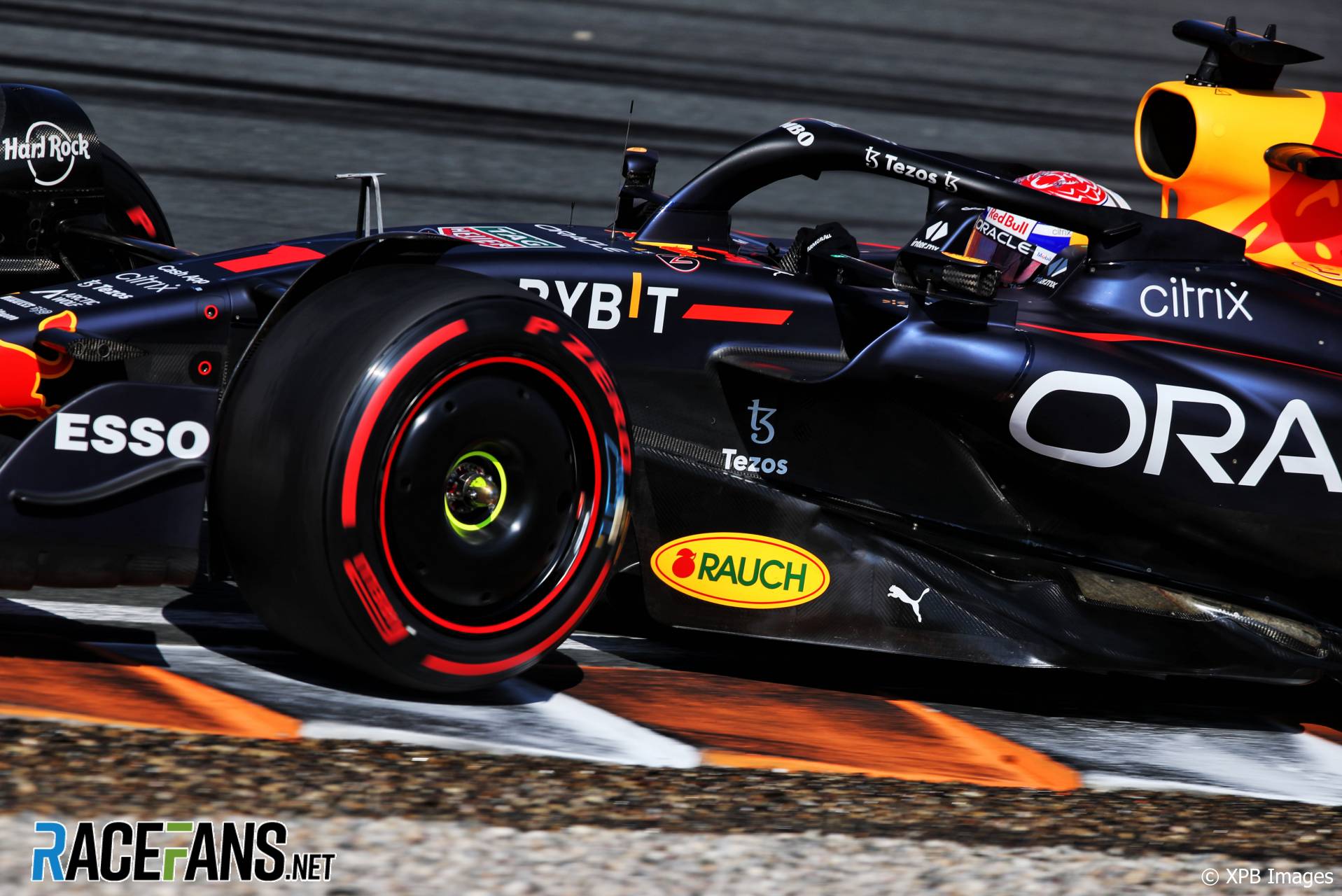 Max Verstappen says Red Bull made major changes to his car from Friday to Saturday in order to turn around his pace at the Dutch Grand Prix.

Charles Leclerc set the best time during Friday practice, with a 1’12.345. Verstappen suffered a gearbox problem early on Friday which cost him almost an hour of running.

He ended the day almost seven-tenths of a second off Leclerc’s best time, Red Bull’s dominance from Spa having looked far further away than just last weekend.

However, Verstappen was able to recover the time lost to Ferrari and set a 1’11.317, 0.021 seconds quicker than Leclerc, to claim pole at his home grand prix for the second year running.

Verstappen said he was extremely pleased with the result, “Especially after yesterday, as well, we had a difficult day.

“We worked really well overnight with the whole team to turn it around and today we had a quick race car again but it was very close and a lap around here, a qualifying lap is insane.”

Red Bull made substantial changes to the RB18 overnight, said Verstappen, in order to compete with Ferrari and Mercedes. “We changed a lot because yesterday was a bit rushed in FP2 to get the car together but today was, again, enjoyable to drive.”

Leclerc, who held the quickest time before the final runs in Q3, said the qualifying session was “very, very close.” He, Verstappen and team mate Carlos Sainz Jnr were covered by less than a tenth of a second.

“Max did a great lap in the end,” said the Ferrari driver. “Our car was getting better and better throughout qualifying.

“In the beginning I was pretty scared because Max was much, much quicker than us on used tyres but then in Q3 the car came a bit more together and I managed to do that lap which was close enough for P2.”

Despite Verstappen claiming pole, Leclerc said that Ferrari had significantly improved their performance since Spa. “We are much stronger here compared to last weekend so that’s good to see and for tomorrow I think our race pace looks quite strong.

“It’s going to be close with the Red Bull but we just need to do a great start and then we’ll see.”