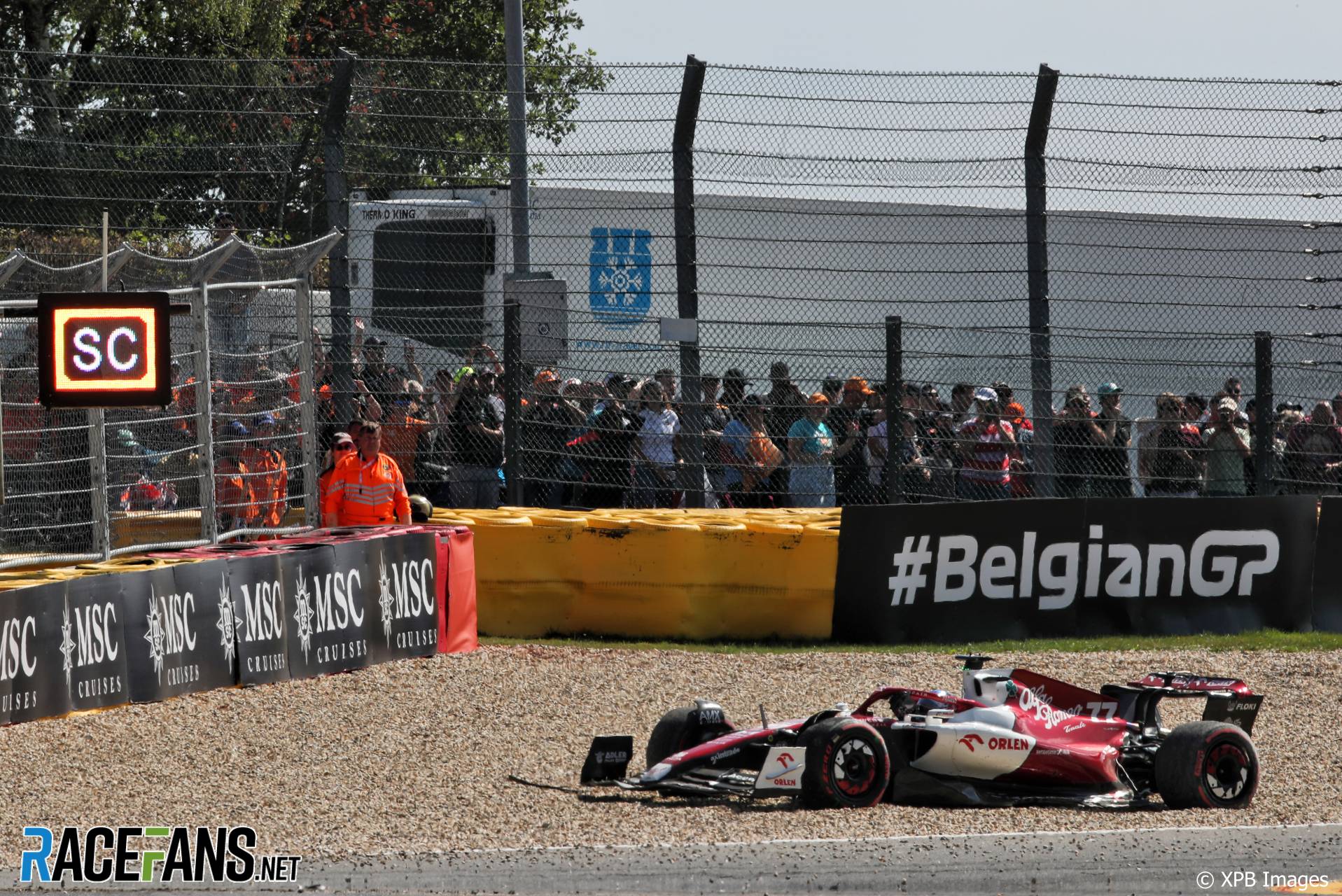 Nicholas Latifi says his spin during the Belgian Grand Prix, which led to Valtteri Bottas’s retirement from the race, was triggered by tyre marbles left on the track from previous races.

The Williams driver slid into the gravel at Les Combes while fighting for position with Esteban Ocon on the second lap of the race. He said his sudden loss of grip took him by surprise.

“I just got a bit off-line through turn six,” Latifi explained. “I think it was one of the Alpines I was battling with.”

Formula 3, Formula 2 and Porsche Supercup support races were held at Spa-Francorchamps before yesterday’s race. Latifi suspects some discarded rubber from those races was still on the track when the grand prix began.

“There must have been a lot of marbles from, I guess, the junior categories,” he said. “I just understeered right off, kind of like driving in the wet on slick tyres.

“Then I just hit the gravel and it spun the rear around, which caught me by surprise quite a bit, I thought I would just go straight into the gravel and obviously come back on slowly. But it must have just kicked around when I got back onto the Tarmac. Then I spun across the track as a result.”

While Latifi was able to continue, Valtteri Bottas spun into retirement as he came across the Williams.

“I saw a bit of contact between the two cars ahead of me and then just saw Latifi spinning to the left and just tried to avoid it,” the Alfa Romeo driver explained.

“I think I avoided it, just, I don’t think we had contact. But then while that situation was over my trajectory was to the gravel and ended up spinning. I feel like it was out of me hitting Latifi or going into the gravel. Just unlucky, wrong place at the wrong time.”

Having scored in seven of the first nine races, Bottas has now gone five races without taking any points, a trend he is eager to reverse.

“In a way knowing that we have, in the two weeks, still two races, hopefully without penalties and without compromises, I’m just looking forward to having a clean weekend. That’s what we need now.”