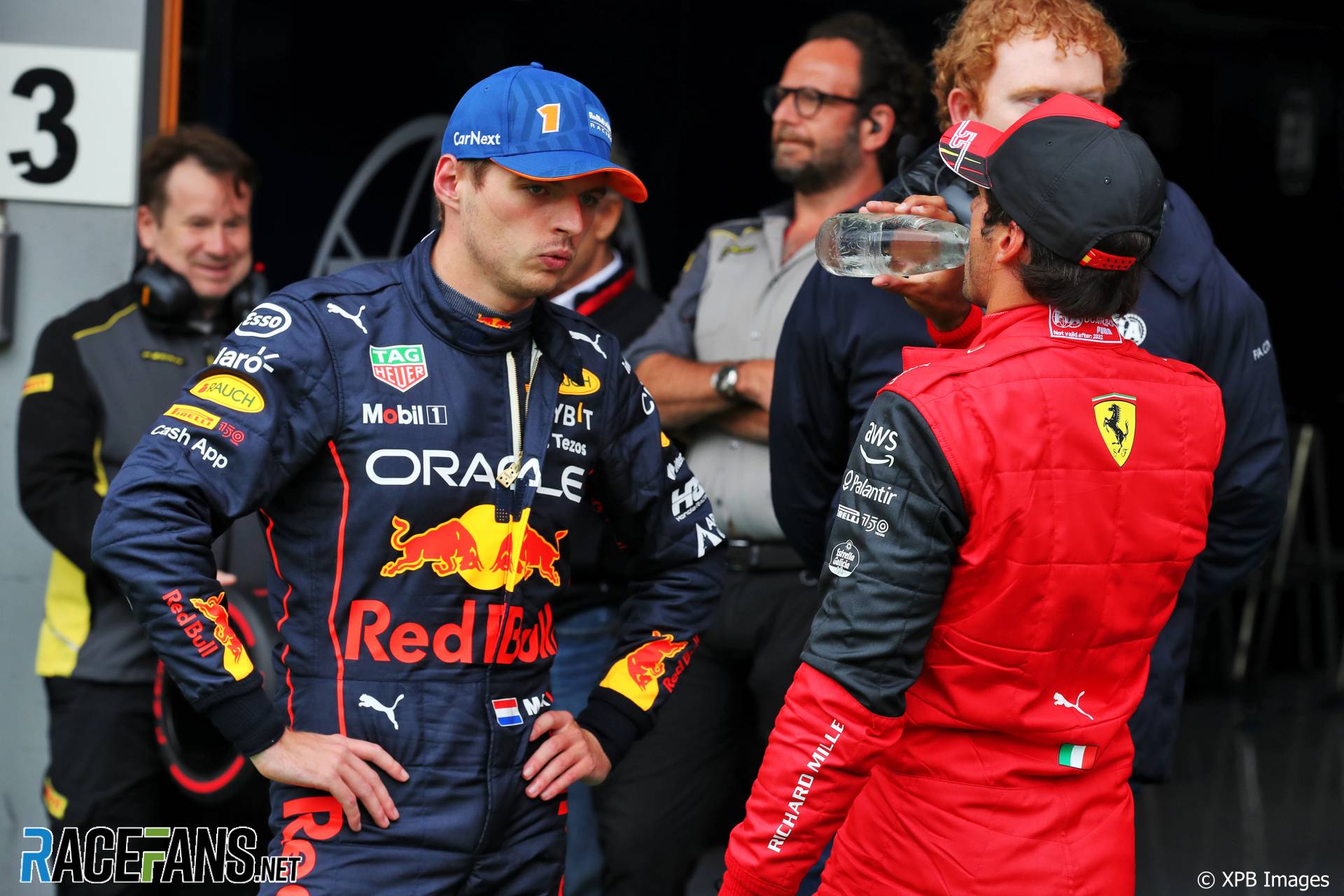 Carlos Sainz Jnr admitted he is concerned by Ferrari’s deficit to Max Verstappen despite inheriting pole position for the Belgian Grand Prix.

Verstappen set the quickest time in qualifying but stands to start the race from 15th on the grid due to power unit penalties. Nonetheless Sainz believes he can challenge for victory from there.

“Yeah, I think so,” he told media at Spa. “If I would have done his lap that he’d did today I would be also confident that as soon as something happens at the front or there is a Safety Car to close that gap that he can make it.”

The Ferrari driver took his second career pole position at Spa, beating Sergio Perez despite a poor final flying lap. Sainz said he was concerned about the margin to Verstappen in qualifying, where the Red Bull driver was fastest in both Q1 and Q3.

“I am happy to be starting on pole, obviously not so happy to see the gap to Max this weekend and the gap Red Bull has on us,” said Sainz immediately after qualifying.

“We need to keep digging to see why Red Bull is so fast around this track and why we are trailing them but to start from pole is a good place to start and we will try and win from there tomorrow.”

Sainz benefited from a tow on his final run from team mate Leclerc but did not improve on his second and final lap attempt of the session.

Despite Ferrari’s clear deficit over a single lap, Sainz believes their performance gap between Ferrari and Verstappen will not be so large on race day. “I think our race pace is a bit better than our quali pace but there’s definitely something there to find,” he said.