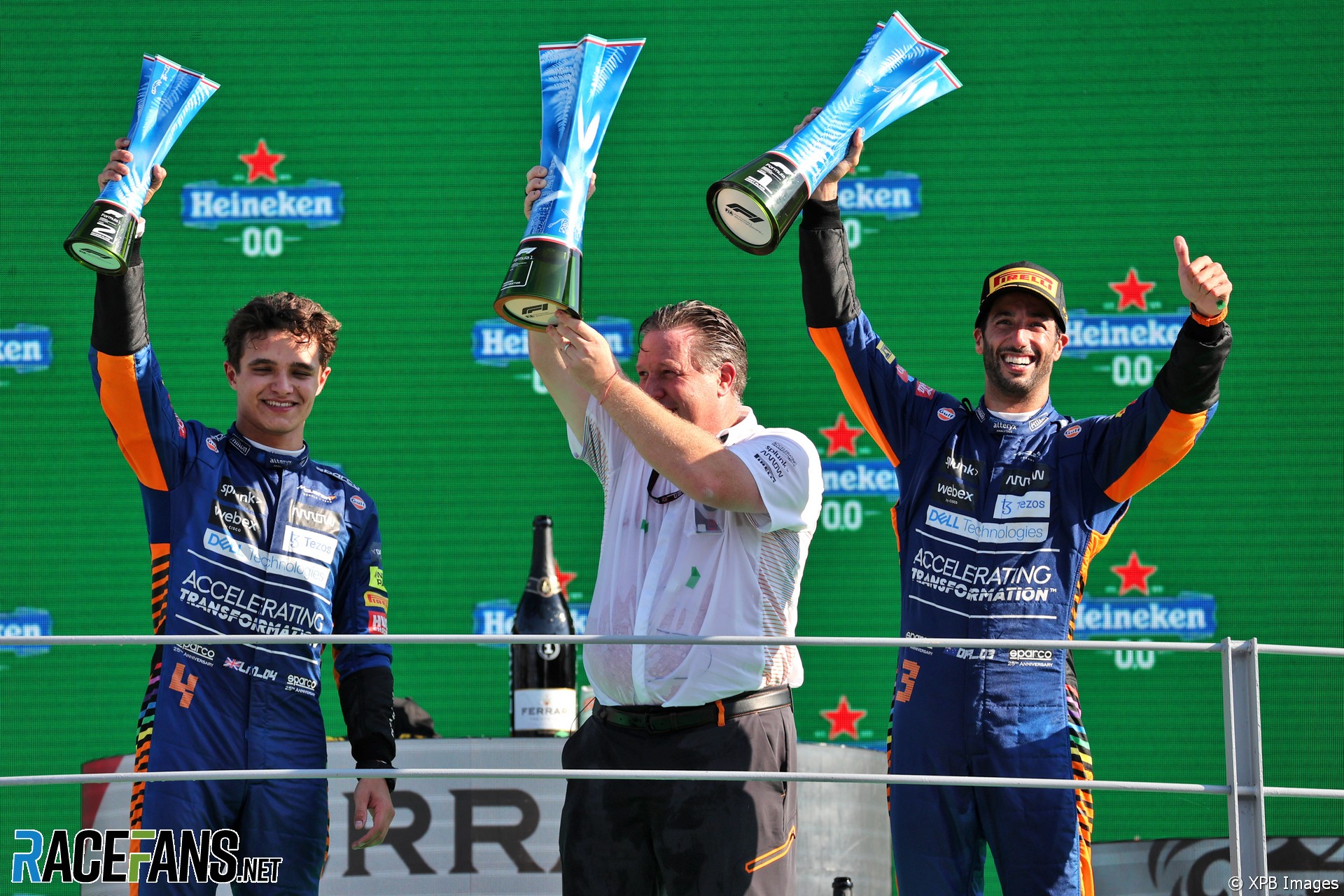 McLaren Racing CEO Zak Brown said it was “a sad day” for the team when it announced Daniel Ricciardo will leave them at the end of the year, less than 12 months after he won for McLaren at Monza.

Ricciardo’s victory in the Italian Grand Prix, pursued closely by Lando Norris, was the team’s first win in nine seasons. However Ricciardo has largely lagged behind his team mate in their year-and-a-half together, and McLaren announced today he will not see out the final year of his contract in 2023.

Brown said Ricciardo had been well aware that the team had concerns over his form in the months leading up to the decision.

“We’re always in constant communication with our drivers on good days and on bad days. So our drivers always know where they where stand and whether we’re having good weekends or bad weekends.

“I would say we’ve been very open and transparent with Daniel throughout his entire time here at McLaren, no different than what we do with Lando or previously with Fernando [Alonso], et cetera.

“I think he understands and accepts that we weren’t able to put together the results that we’d hoped for. He’s been around motor racing his entire life so he understands this and is as disappointed as we are that it didn’t work out. But it’s all been very amicable, he gets it and we hope he lands in a good race car next year and we see Daniel back to the form that we know he’s very capable of.”

Ricciardo signed for the team in early 2020 on a three-year deal. Brown said the decision to cut that short was a disappointing turn of events.

“We’ve had many laughs, we’ve sprayed champagne together, and it’s very personal. So today is a sad day that things didn’t work out as we hoped they would. I’m going to look back with some very fond memories, some fun times together on and off the track.

“We’re in a business where Andreas [Seidl, team principal] and everyone here at McLaren, we need to focus on ultimate performance, and we hope and wish Daniel the best. There’s absolutely no ill will between us, it’s all very amicable.

“I think he too has had a good time at McLaren. And he’s young, so we hope to see him in a competitive racing car and one of these days we might see him being a pain for us on the racetrack and that’ll be fun because he’s a great competitor.”