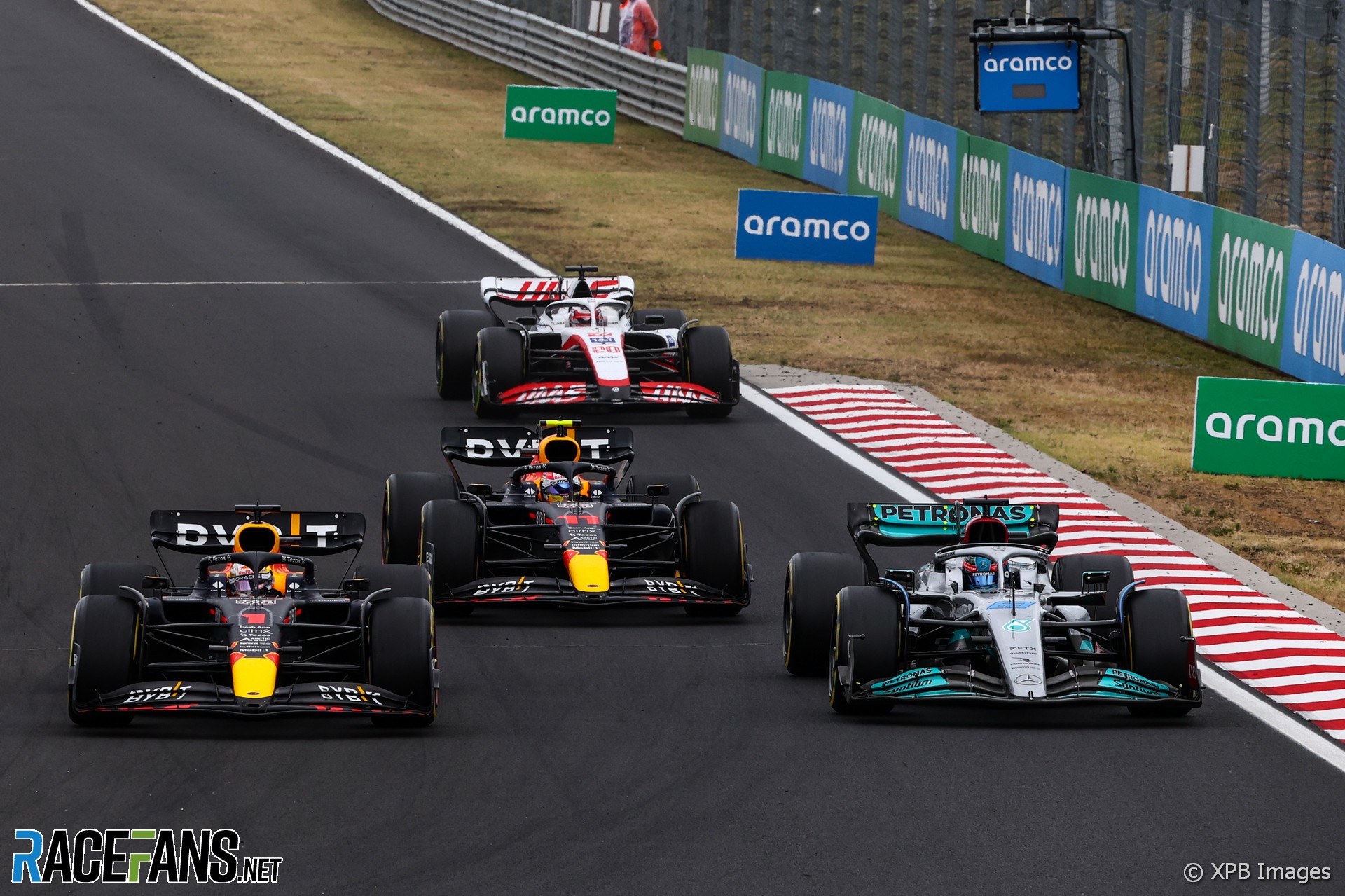 In the round-up: George Russell says Mercedes’ recent improvement in performance doesn’t end the debate over their car philosophy.

Mercedes should “stick to the process” – Russell

Russell said Mercedes need to “keep an open mind” over whether to stick with their current car philosophy, including its unique narrow sidepods, following their successful run of results.

“I don’t think changing car concept is going to make us go any faster, maybe the contrary to be honest,” he said. “Sometimes you’ve just got to stick to the process and keep on pushing.

“That’s difficult to do when you’re off the pace and things don’t seem to be going your way. But personally, I believe in every single person within our team and I think we’re making huge progress for the time being.”

He said the team’s performance in qualifying and the race in Spain shows how far they have come.

“At the start of the season we were finishing races a minute behind first position. The last two races we’ve been within 10 seconds so I think it’s definitely going in the right direction.”

Alonso confident he and Ocon will “never” collide

Before the news of his future broke yesterday, Fernando Alonso’s complaints about Esteban Ocon’s defensive moves had been one of the biggest talking points from his run to eighth place in the Hungarian Grand Prix.

“It was quite extreme,” said Alonso of his team mate’s first lap defence. “Obviously I lifted off and nothing happened. But it was probably an opportunity missed there.”

Although he admitted he was “a little bit surprised by that defence”, Alonso admitted “sometimes I do the same, sometimes he does the same or at any other team, so it’s the way it is.”

The pair also raced each other hard at the Saudi Arabia Grand Prix earlier this year. But Alonso is confident they won’t come to blows.

“We try to race hard always but always giving that one percent margin to not have any incident. We never had any and we never will had.”

Pirelli has announced its tyre compound selections for the upcoming three races. It will bring its hardest rubber for the Dutch Grand Prix at Zandvoort and its middle range of C2, C3 and C4 tyres for the races at Spa-Francorchamps and Monza.

Here is the full allocation for 2022 so far:

''Defendants currently anticipate asserting non-contractual counterclaims, including at least for defamation. The damages defendants will seek on these counterclaims will exceed $75,000.'

'It also marked a private showing of a new and touching documentary film on Jackie produced by Mark Stewart. It is simply called Stewart and we will shortly know when it will be making its debut either in cinemas or on television'

The only place Alonso has found continued success has been at team Enstone, back in his Renault days, and yet he always leaves them to chase something flashy; first it was McLaren which blew up in his face and then he returned. Then it was Ferrari which never quite worked out. I feel like Aston Martin will be much the same and then maybe he will finally retire.

I think part of his urgency to sign with Aston is to try and have better results there than Vettel did. I feel Alonso is still pretty bitter that he hasn’t had the wins and championships that both Vettel and Hamilton have.
Adam Tate