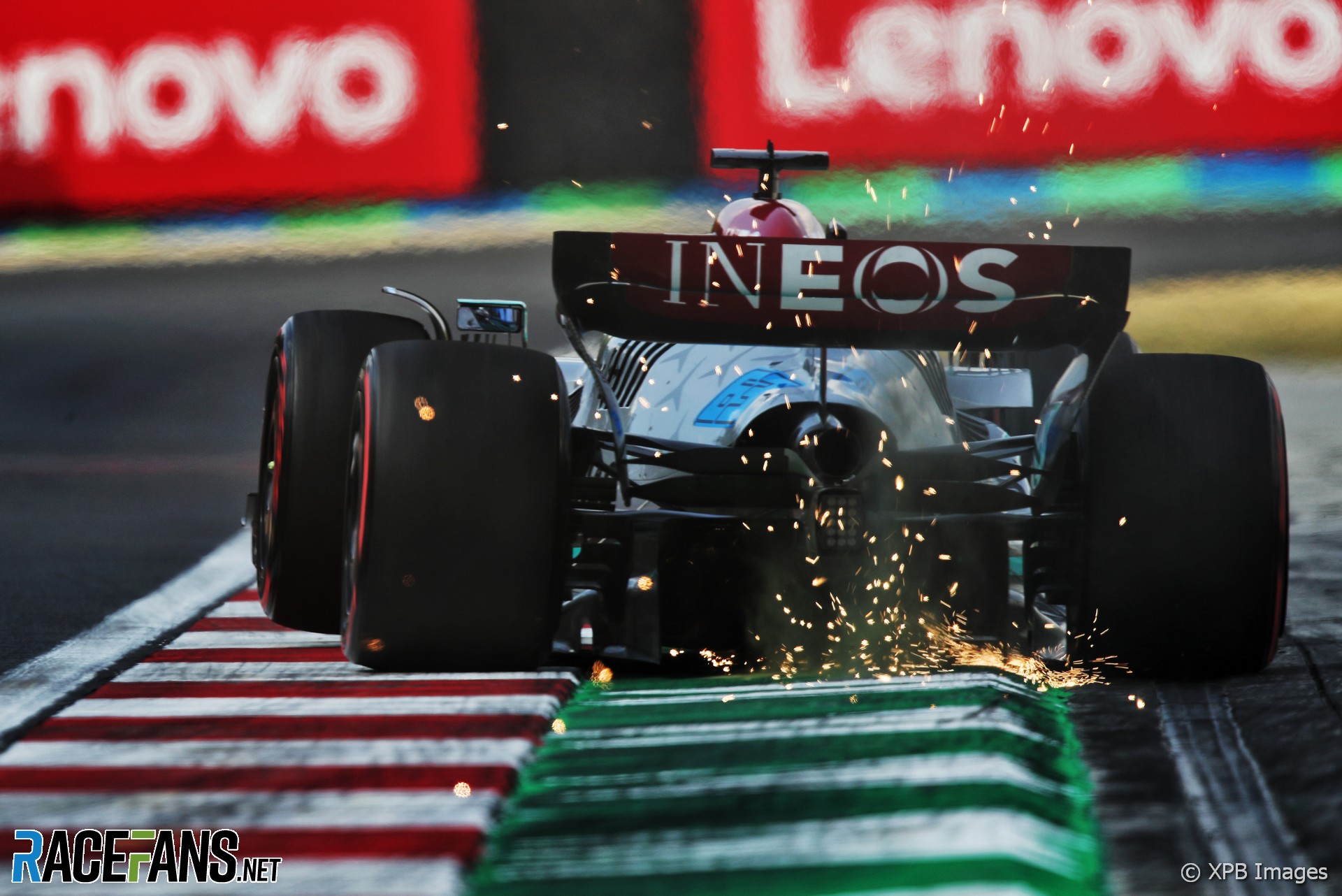 The FIA has received medical data which shows why it must act to reduce ‘porpoising’, Mercedes team principal Toto Wolff has said.

The sport’s governing body intends to introduce technical changes to next year’s cars to reduce the harshness of the ride drivers experience. It has said this is being done on safety grounds.

Some team principals are opposing the move. Red Bull team principal Christian Horner said last week he would “dispute it is a safety issue” and argued the problem can be eased through set-up changes.

“I think that it’s down to a team how it chooses to operate its car,” he said. “You can remove the porpoising very easily but that’s at the sacrifice of performance.

“So therefore it’s not the duty of the FIA to ensure that a team is competitive. Otherwise we’d have had engine [balance of performance rules] over the last 10 years.”

By making the changes on grounds of safety, the FIA can force them through without putting it to a vote of teams. “I think safety is a very easy card to stand behind because theoretically it’s not then subject to a Commission or World Council vote,” said Horner.

“I think something can be done but I think that it just needs to be sensible. The numbers that have been discussed are just way too extreme compared to the reality of what probably could be done.”

When the FIA announced its plans to tackle porpoising two weeks ago it said in a statement the problem “is considered to be a significant safety matter.”

Wolff said the FIA has received information on the potential damage drivers could suffer from the hard rides their cars may generate.

“I’ve just sat down with the FIA and there’s all this talk of lobbying in either direction and I think fundamentally, what are we talking about,” he said.

“The FIA has commissioned medical work on the porpoising. The outcome, the summary of the doctors, is that a frequency of one to two hertz, sustained over a few minutes, can lead to brain damages. We have six to seven hertz over several hours.

“So the answer is very easy. The FIA needs to do something about it.”

While concerns over porpoising have lessened in recent races, Wolff believes this is due to the smoother surface of recent tracks F1 has visited, which the FIA alluded to when they announced the planned 2023 rules changes.

“I still fundamentally believe that there is no choice for the FIA and for us to do something because I don’t want to have it back in Spa or in some of the later races where the track is not as smooth as on a conventional race track and we haven’t done anything and people say, ‘well, now it’s too late’,” said Wolff.

“So the argument ‘we haven’t had any porpoising and bouncing in the last few races’ doesn’t count because Silverstone, [Paul Ricard], Austria aren’t exactly tracks that we’d bounce [at] otherwise anyway.”